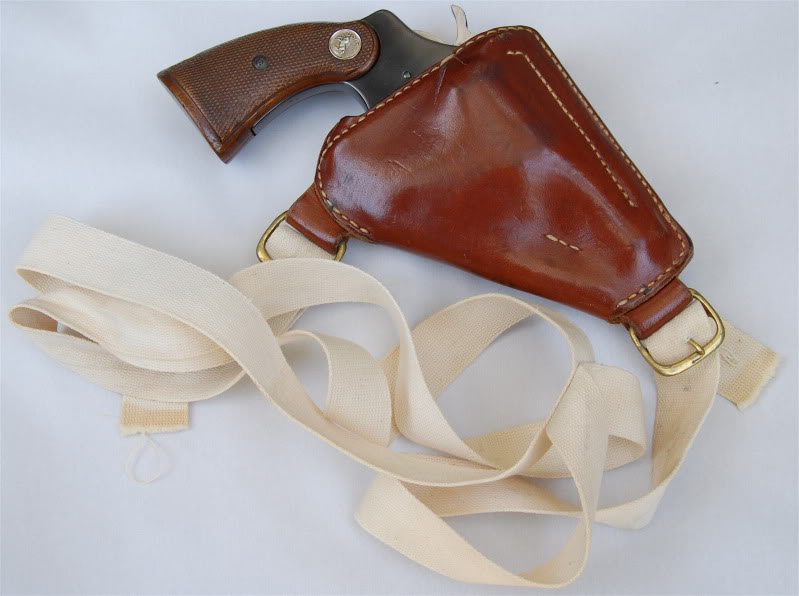 In Dr No, James Bond has just been given the news that against his preference, he will be receiving a new weapon, the Walther PPK 7.65 mm. Bond reluctantly accepts the decision of the Armourer as to choice of weapon, and the inquires as to the best way to carry the gun.

“Berns Martin Triple-draw holster,” said Major Boothroyd succinctly. “Best worn inside the trouser band to the left. But it’s all right below the shoulder. Stiff saddle leather. Holds the gun in with a spring. Should make for a quicker draw than that,” he gestured towards the desk. “Three-fifths of a second to hit a man at twenty feet would be about right.”

The recent release of the book The Man With The Golden Typewriter is a boon for Bond researchers as it shows you directly how Fleming got much of his information. In this case a fan named Geoffrey Boothroyd. There is an entire chapter in the book entitled ‘Conversations with the Armourer’, in which the extensive correspondence between Fleming and Boothroyd is chronicled.

In his very first letter to Fleming, Boothroyd gives his opinions on the firearms Bond is said to use and what he should use. He suggests a Smith and Wesson .38 Centennial Airweight. (In a later letter he mentions the Walther PPK 7.65 mm) Then he says:

Now to gun harness, rigs or what have you. First of all, not a shoulder holster for general wear, please. I suggest that the gun is carried in a Berns Martin Triple Draw holster. This type of holster holds the gun in by means of a spring and can be worn on the belt or as a shoulder holster. I have played about with various types of holster for quite a time now and this one is the best.

Boothroyd sent Fleming a series of prints to show the various ways in which the holster could be worn.

‘A’ Series. Holster worn on belt at right side. Pistol drawn with right hand.
(Boothroyd notes: This draw can be done in 3/5ths of a second by me. With practice and lots of it you could hit in figure at 20 feet in that time.)

‘B’ Series. Shoulder holster. Gun upside down on left side. Held in by spring. Drawn with right hand.

‘C’ Series. Holster worn as in A, but gun drawn with left hand.

‘D’ Series. Holster word on shoulder, as in ‘B’ series, but gun drawn with left hand.

Boothroyd provided Fleming with 2-4 points of note under each of these series.

A later letter to Fleming has Boothroyd answering the writer’s query as to where he can find more about the holster:

The Berns Martin people live in Calhoun City, Mississippi, and a note to Jack Martin, who is a first class chap and a true gunslinger, will bring you illustrations of his work. Bond’s chamois leather pouch will be ideal for carrying a gun, but God help him if he has to get the gun out when the other fellow is counting the holes in Bond’s tummy. 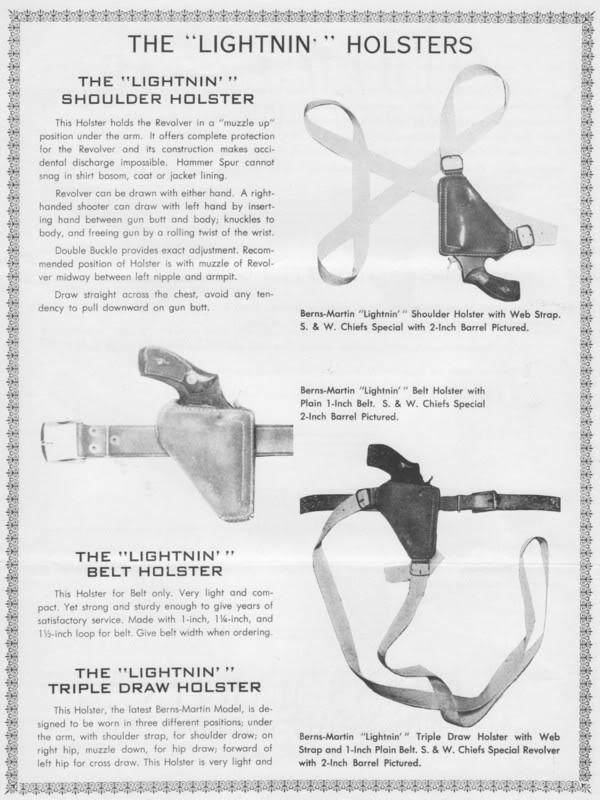 Here is a closeup of the brand mark on the holster: 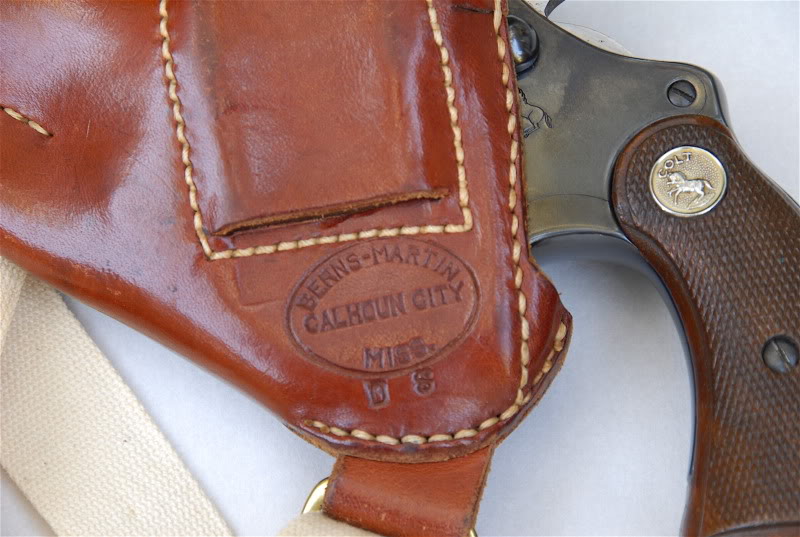 And then here is the entire rig:

Even after getting the information here, it was still a little inaccurate. When Fleming wrote Dr No, he had Bond issued the Berns Martin Triple Draw holster, but with the Walther PPK. Boothroyd wrote to tell him that the holster could only be used with a revolver (such as the Smith and Wesson) and not his new Walther, which was an automatic.