This famous champagne makes but one appearance in the Ian Fleming novels. His James Bond is more of a Taittinger man.

It takes place in Diamonds Are Forever, and Bond doesn’t even make the decision. Tiffany Case decides to send him a message to show that she can whip up a good Sauce Béarnaise – a requirement that Bond only half-jokingly made when asked what he wanted in a wife.

They are on the RMS Queen Elizabeth and Bond is in his cabin. There is a knock at the door, and the waiter brings in a tray.

Bond slipped off the bed and went over and examined the contents of the tray. He smiled to himself. There was a quarter bottle of Bollinger, a chafing dish containing four small slivers of steak on toast canapés, and a small bowl of sauce. Beside this was a pencilled note which said ‘This Sauce Béarnaise has been created by Miss T. Case without my assistance.’ Signed ‘The Chef.’

Bond is suitably impressed with the Sauce Béarnaise. Nothing is said about the Bollinger Champagne, though we can assume Bond enjoyed it as well.

Bollinger is one of the most well-known champagnes in the world, originating in the Champagne area of France. The house was founded in 1829 and remains in the family to this day. 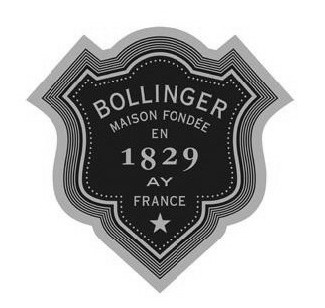 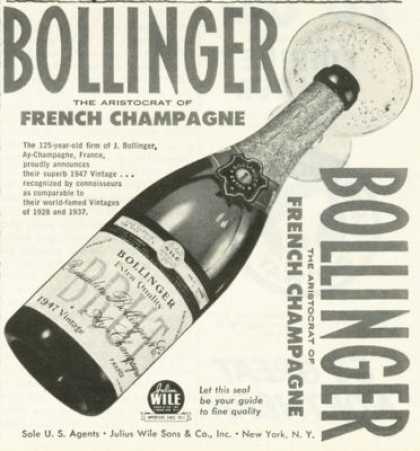 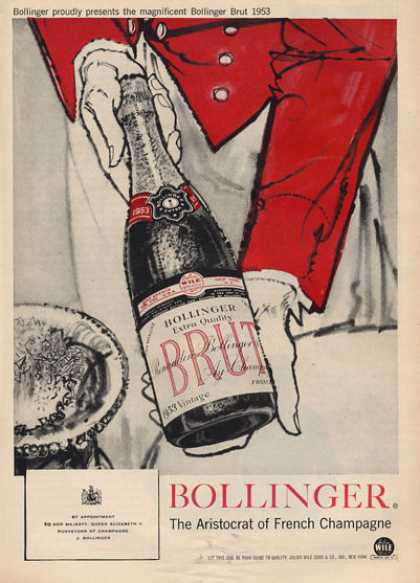