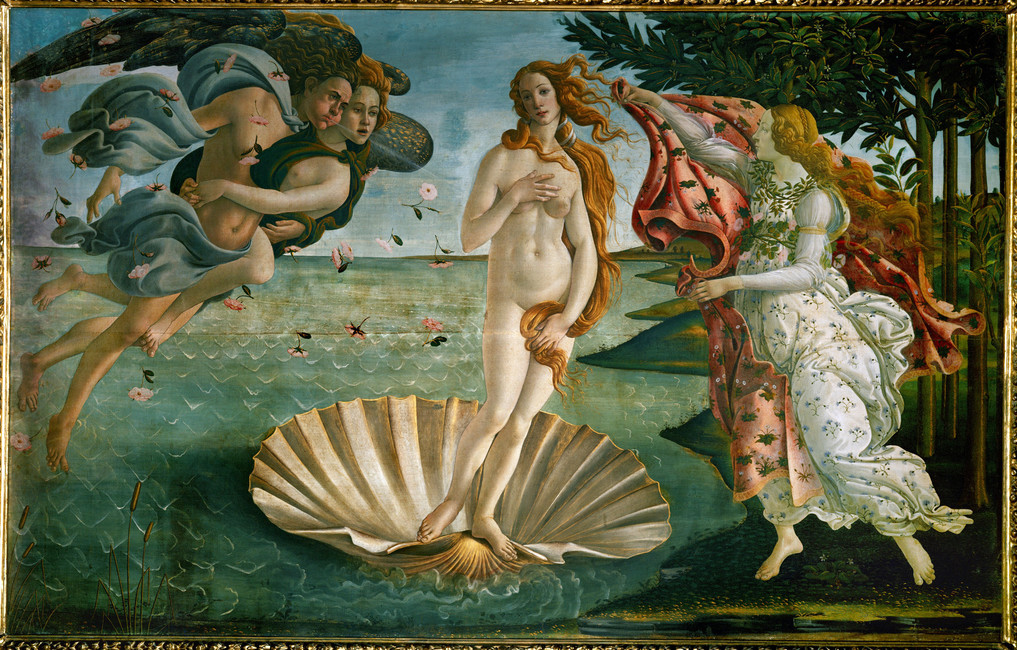 The whole scene, the empty beach, the green and blue sea, the naked girl with the strands of fair hair, reminded Bond of something. He searched his mind. Yes, she was Botticelli's Venus, seen from behind.

After James Bond and Quarrel arrive on Crab Key, they catch a little bit of sleep. Bond chooses a spot behind a growth of sea-grape.

As Bond awakens, he is treated to a magnificent site – an (almost) nude woman standing about five yards away from where he is laying. After taking in the scene, Bond is reminded of Botticelli's Venus.

The Italian painter Sandro Botticelli, who lived about the years 1445 – 1510, is said to exemplify the artistic achievement of Renaissance Florence in the 15th century. His works include The Birth of Venus (c. 1486) and a follow up, Venus (c. 1490).

It seems likely that Bond was thinking of The Birth of Venus due to the water background of the painting.

At a recent exhibition of Botticelli's work in London, co-curator Ana Debenedetti said part of its success is in the main subject: a woman with long blonde hair that fits the Western ideal of beauty.

"She fits the image of perfect beauty celebrated since the Middle Ages in poetry, literature and which was embedded in our imagination: the Western woman, blonde, with a pale complexion and a large forehead, blue eyes and a proud bearing," she told AFP.

The Venus painting is a stand-alone. The life-size painting shows her in a similar in pose, but her torso's strong contours and pale skin are covered with a sheer top. Her red hair is tightly braided, not blown by the breath of angels, making her more earthly than godlike.

Classic art in a James Bond novel? To think, there are those who still dismiss them as trashy pulp!

One thought on “Botticelli’s Venus”