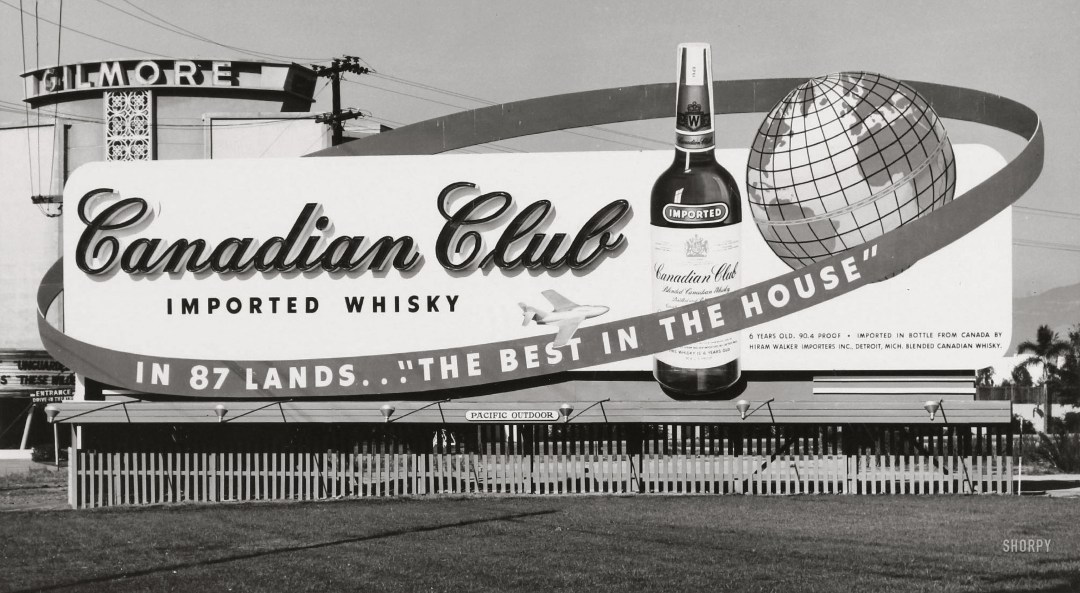 When James Bond and Quarrel have finished their training period in Dr. No, Bond prepares for his visit to Crab Key.

Bond went to the icebox and took a pint of Canadian Club Blended Rye and some ice and soda-water and went and sat in the garden and watched the last light flame and die.

A whisky and soda was a favorite drink of Bond’s. It seems natural he would turn to this simple highball when prepping to leave on a dangerous mission.

Canadian Club is a classic whisky created by Hiram Walker and Sons. It derived its name from its popularity among gentlemen’s clubs in the United States and Canada in the late 19th century.

As with most whiskys from Canada, Canadian Club is known as “rye” whisky due to tradition rather than straight facts. Fleming was likely using Canadian Whisky’s reputation as “rye” when describing the brand as “Canadian Club Blended Rye.”

Bond apparently drank most of that pint in that sitting, as Fleming’s description goes on:

He picked up the bottle and looked at it. He had drunk a quarter of it. He poured another big slug into his glass and added some ice. What was he drinking for? Because of the thirty miles of black sea he had to cross tonight? Because he was going into the unknown? Because of Dr. No?

Canadian Club has enjoyed something of a renaissance in recent years, ironically in part to a television show based in the 1960’s – where Canadian whisky is also referred to as “rye.”