The girl looked down into her left hand and began to whistle softly to herself. There was a happy note of triumph in the whistle. She was whistling ‘Marion’, a plaintive little calypso that has now been cleaned up and made famous outside Jamaica. It had always been one of Bond’s favourites. It went:

All day, all night, Marion,

Sittin’ by the seaside siftin’ sand…

The girl broke off to stretch her arms out in a deep yawn. Bond smiled to himself. He wetted his lips and took up the refrain:

“The water from her eyes could sail a boat, The hair on her head could tie a goat…”

James Bond has just awoken on Crab Key and has seen what he compares mentally to Botticelli’s Venus, he watches a few more moments, as she picks up shells, she begins to whistle a tune that Bond recognizes.

Interestingly in The Man With The Golden Typewriter, there is a letter from Fleming to William Plomer where he gives the background of the song and how it ended up in the book.

I got the words and title of “Marion” in Jamaica, where it has long been my favourite, but it has now been put on records and cleaned up and I dare say it is now called “Mary Ann”. My version is the original Jamaican but I dare say there will be much writing in about it and I will have to decide what to do.

There was a footnote about this reference in the above book: “Fleming had included a slightly risqué song in his original manuscript.“

The “cleaned up” tune referenced by Ian Fleming here is actually entitled Mary-Ann (or Marianne). Composed by Roaring Lion (Rafael de Leon) in 1941, the song was not released until 1945. (Interview with Roaring Lion.)

As Fleming/Bond note the song did become famous outside of Jamaica, as versions from Terry Gilkyson and The Easy Riders, Burl Ives, The Hilltoppers, The Brothers Four, The Merrymen, and Harry Belafonte were released during the late 1950’s and 60’s.

Here is the version from Roaring Lion himself:

While posing as Peter Franks in Diamonds Are Forever, James Bond makes the acquaintance of Tiffany Case for the first time at the Trafalgar Palace.

As Bond neared the end of the corridor he could hear a piano swinging a rather sad tune. At the door of 350 he knew the music came from behind it. He recognized the tune. It was ‘Feuilles Mortes’. He knocked.

“Autumn Leaves” is the translation of that song. Later in the book when he is discussing Tiffany with Felix Leiter, he calls this song. Bond enters the room and is told to lock to the door.

Bond did as he was told and walked across the middle of the room until he was opposite the open bedroom door. As he passed the portable long-player on the writing desk the pianist began on La Ronde.

“The Round” is now playing. Bond sees Tiffany sitting astride a chair (half naked) examining her face in the dressing table mirror.

Miss Case resumed the silent contemplation of her face in the mirror while the pianist played J’attendrai. Then it was the end of the record.

“I Will Wait” was the translation of that song. She tells Bond that if he likes it, to turn the record over and play the other side.

Bond walked over to the gramophone and picked up the record. It was George Feyer with rhythm accompaniment. He looked at the number and memorized it. It was Vox 500. He examined the other side and, skipping La Vie en Rose because it had memories for him, put the needle down at the beginning of Avril an Portugal.

Two songs referenced here, La Vie en Rose translates to Life In Pink (Or Rose-colored glasses). Bond skips over this song, no doubt remembering that night at Royale-Les-Eaux, when after having defeated Le Chiffre, Bond and Vesper go to celebrate at the Roi Galant nightclub, where, as Bond and Vesper sit, that very song is played. Looking back and realizing how Vesper was very soon to betray him, one can see why Bond would not wish to hear that son.

April in Portugal  is the song he instead skips ahead to. To this point, he only knows her as Miss Case. After finding a Pan-American Airways label with “T. Case” on, her inquires what it stands for.

She thought for a moment. “I guess you can find out at the desk,” she said. “It stands for Tiffany.” She walked over to the gramophone and stopped the record in the middle of Je n’en connais pas la fin. She turned round. “But it’s not in the public domain,” she added coldly.

Tiffany stops the record in the middle of “I Do Not Know The End.” and gets down to business. When matters are decided upon and Bond leaves, she turns the music back on.

As Bond walked away down the long corridor to the lift, the girl stood just inside the door and listened until his footsteps had vanished. Then, with brooding eyes, she walked slowly over to the gramophone and switched it on. She picked up the Feyer record and searched for the groove she wanted. She put the record on the machine and found the place with the needle. The tune was Je n’en connais fas la fin.

The record that they’ve been listening to, which Tiffany calls the “Best light record ever made” is this one: 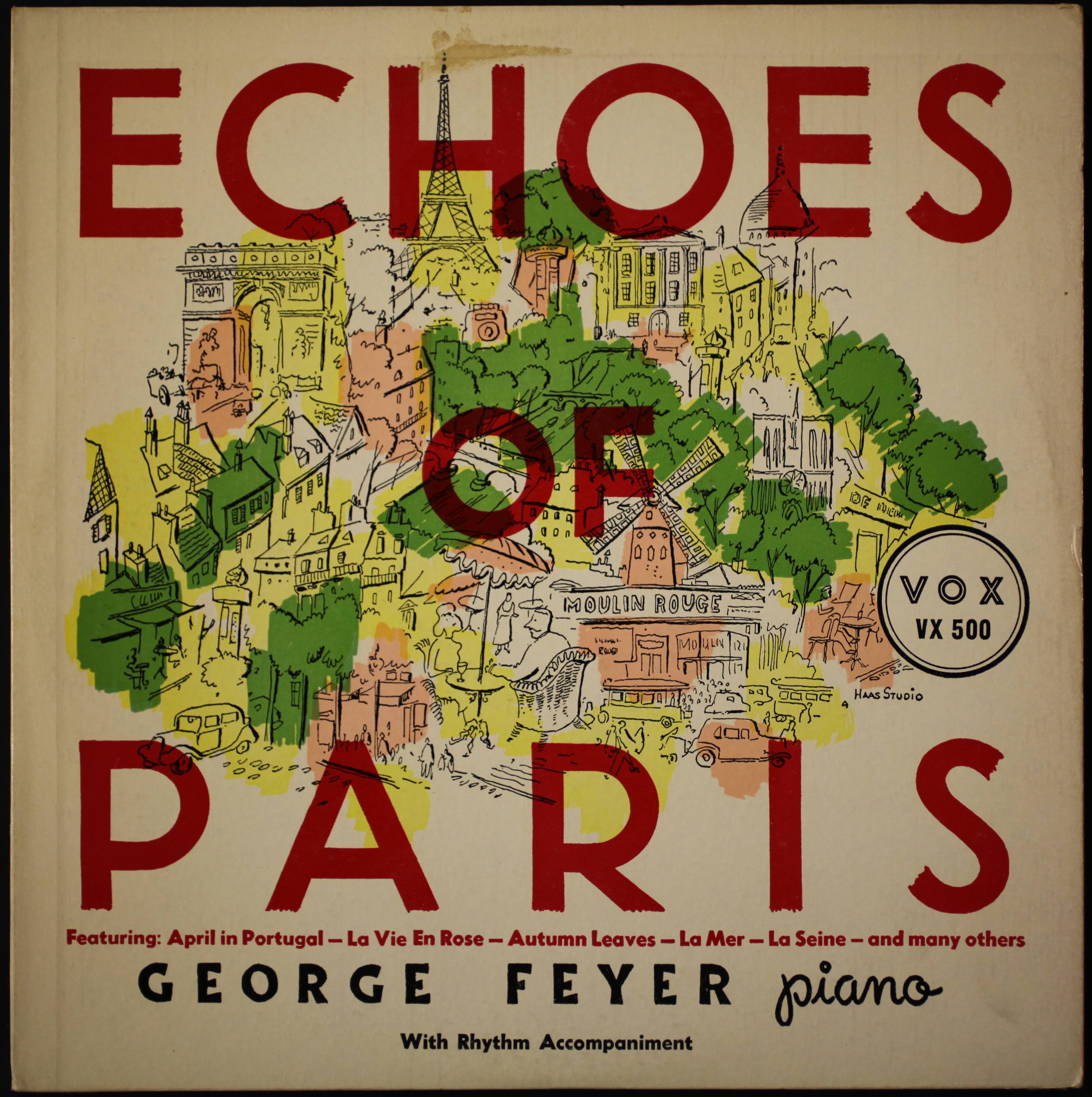 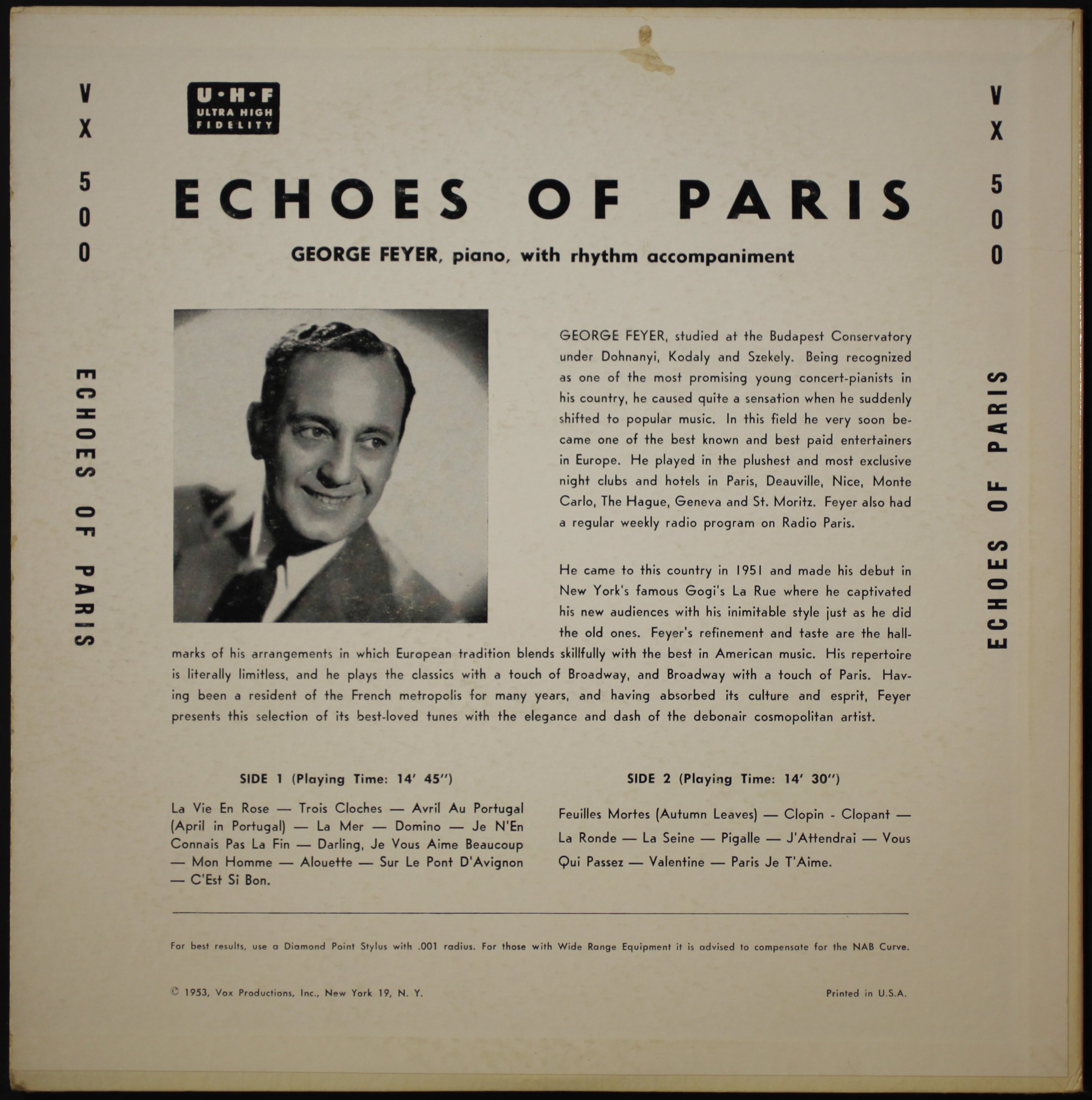 Want to listen to it, and get in the mood while re-reading this post? Or better yet by reading Diamonds are Forever?