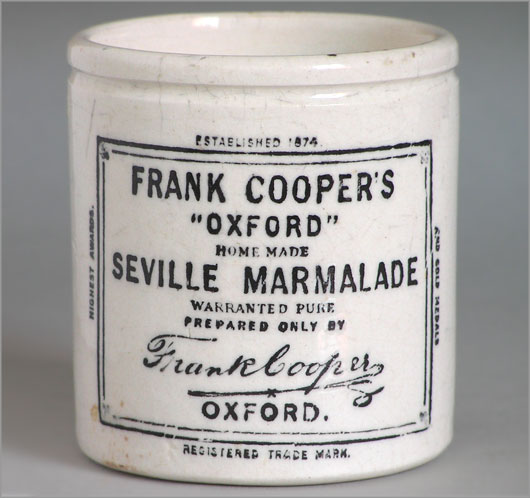 The second spread that James Bond keeps at his breakfast table for use on his thick whole wheat toast is Cooper’s Vintage Oxford marmalade. Like the Tiptree ‘Little Scarlet’ Strawberry jam, this was a well known, rather high-end product, that is still produced today.

Frank Cooper (1844-1927) inherited his father’s grocery store in 1867. It is said that in 1874, his 24-year-old wife, Sarah-Jane produced 76 lbs of marmalade from her own recipe. It proved so popular that the manufacture of it became the main family business. The company holds a Royal Warrant, providing goods to the royal family.

This is a dark, thick coarse cut marmalade using Seville oranges from Spain with a strong taste of the bitter oranges. It is said to be best when spread generously on thick toast, just as Bond does in From Russia With Love. The bitter orange taste with the coarse pieces of rind is said to be a perfect contrast to the sweetness of melted “deep yellow Jersey butter” on hot toast. 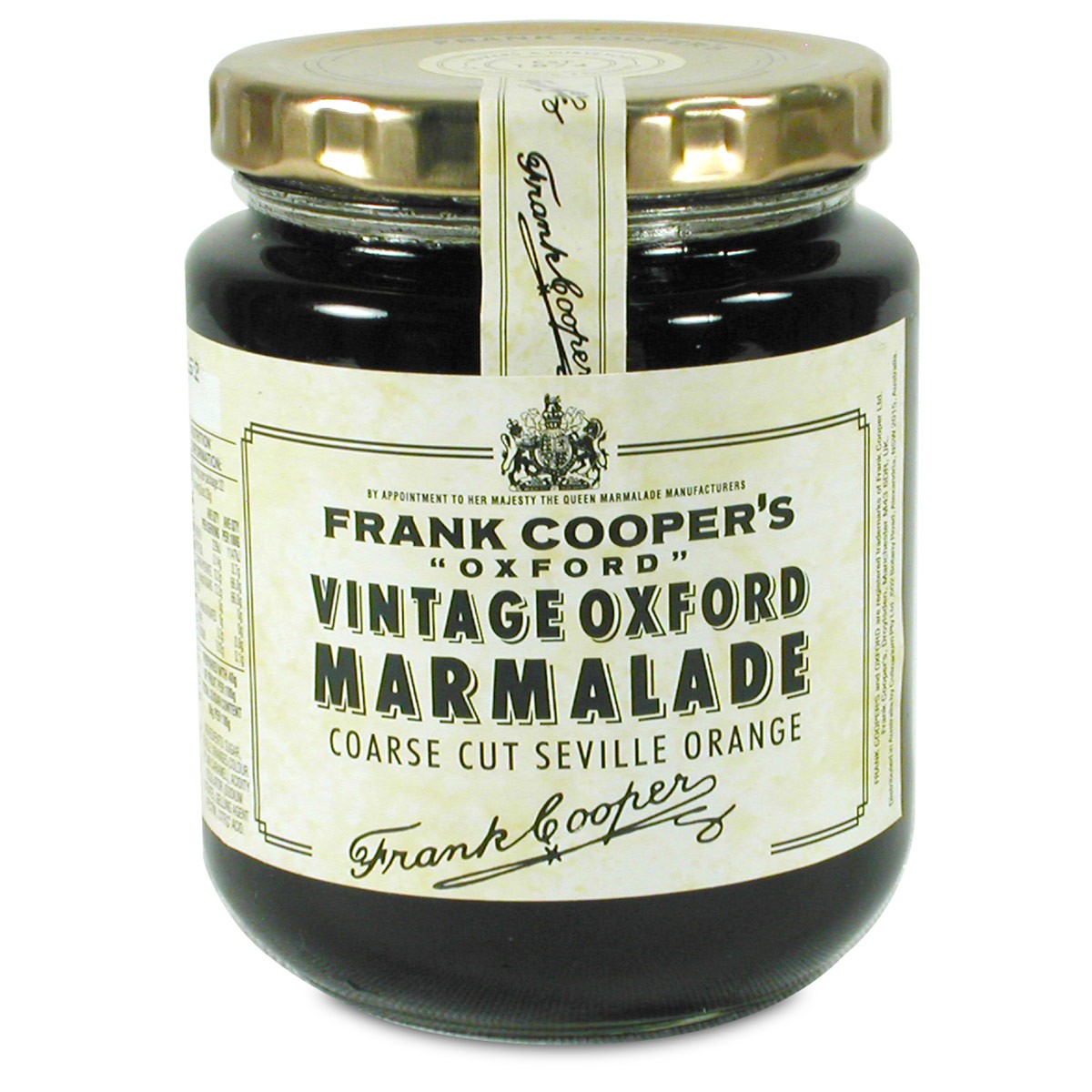 Just another example of the impeccable product placement employed by Ian Fleming, using a well-known, high end product which would both humanize Bond and show him as a man of taste.