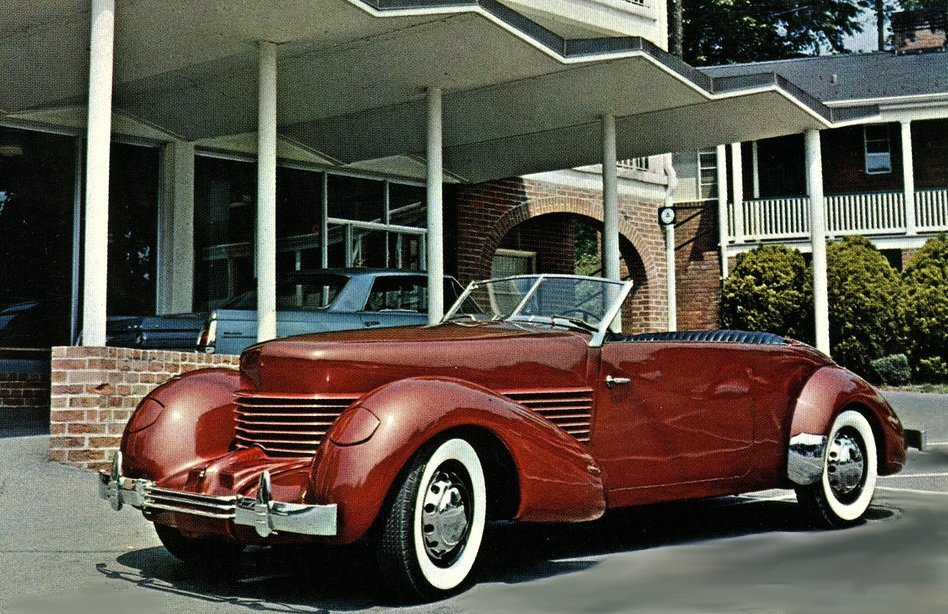 From Live and Let Die when James Bond is in Florida.

But Leiter had got hold of an old Cord, one of the few American cars with a personality, and it cheered Bond to climb into the low-hung saloon, to hear the solid bite of the gears and the masculine tone of the wide exhaust. Fifteen years old, he reflected, yet still one of the most modern-looking cars in the world.

Not much to go on here, but truthfully there weren’t that many Cords made. Bond says it is fifteen years old, which would make it one of the last production runs for the Cord, which were not made after 1937. Referring to the “low-hung saloon,” the Cord was known for being lower to the ground than most of the competition. The Cord introduced front-wheel drive to the industry and featured innovations such as retractable headlamps. We’re not told whether the car was a convertible or not, so here are a couple models that might be the car referenced by Ian Fleming:

For more information on the Cord, including vintage advertising check this post – Vintage Cord Advertiments Here is another detailed look at a 1937 Cord – 1937 Cord 810 Westchester : Classic Cars For everything you ever wanted to know about Cord, look at this gorgeous book – Cord Complete.