When James Bond and Tiffany Case finally make it back to England after their adventures on the RMS Queen Elizabeth, Bond still has quite a bit work to catch up on to wrap things up on the job at the end of Diamonds Are Forever.

Bond is at Boscombe Down preparing to depart aboard a Canberra for Freetown when he talks to M on the phone.

The subject of Tiffany comes up.

The black receiver was getting slippery in Bond’s hand. ‘She’s on her way to London in a Daimler Hire, Sir. I’m putting her up in my flat. In the spare room,that is. Very good housekeeper. She’ll look after her until I get back. I’m sure she’ll be all right Sir.’ Bond took out a handkerchief and wiped the sweat off his face.

Aside from the comedic aspect of Bond’s embarrassment in talking to his boss about Tiffany, we get the detail that Bond sent her home in a Daimler Hire. This was a prestigious chauffeur-driven limousine service, which no doubt impressed Tiffany as she was sent for her first meeting with May.

Originally an operation of The Daimler Company Limited, the service was sold, first to Thomas Tilling Ltd, and then to Hertz in 1958. The service kept its name until 1976. 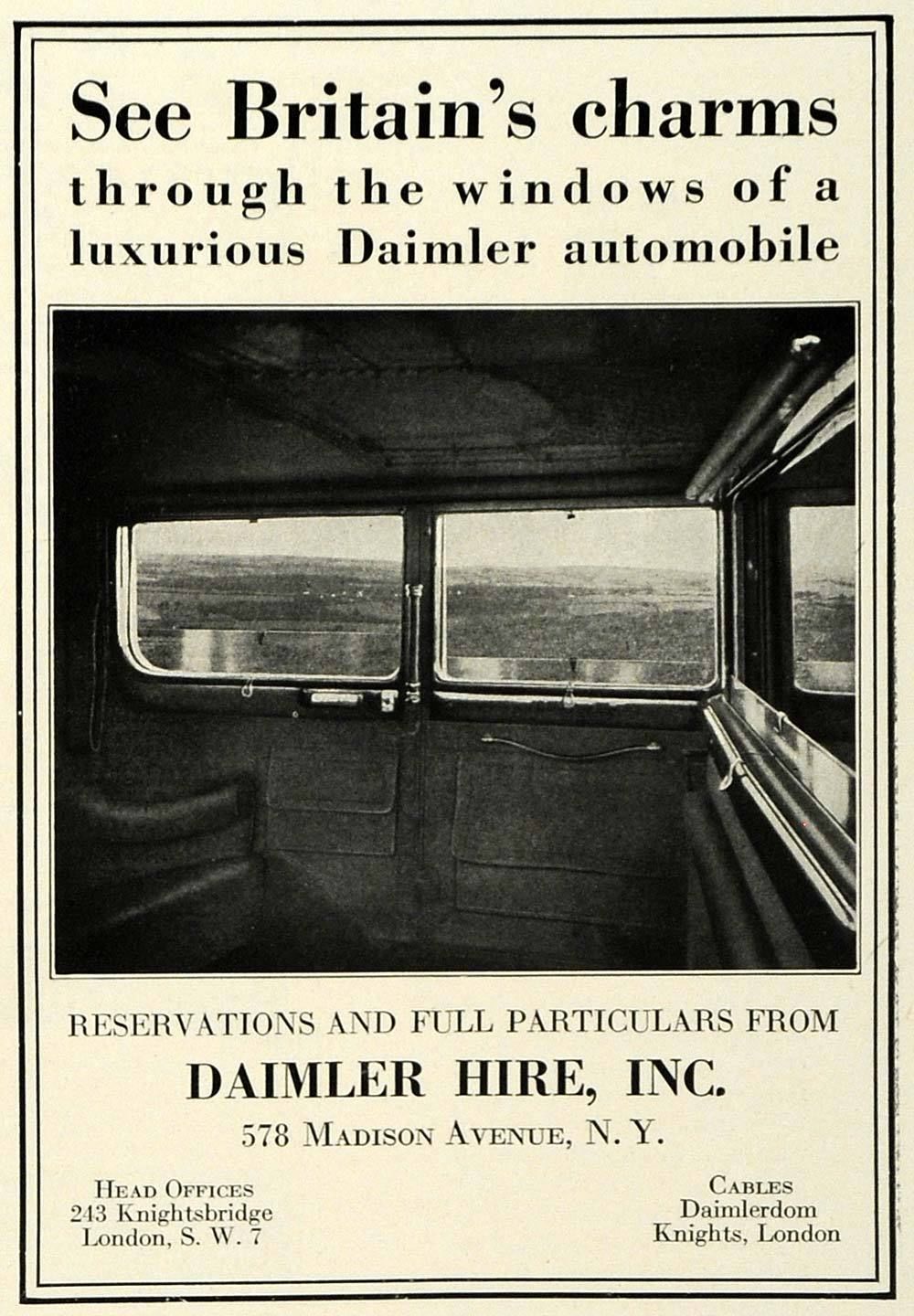 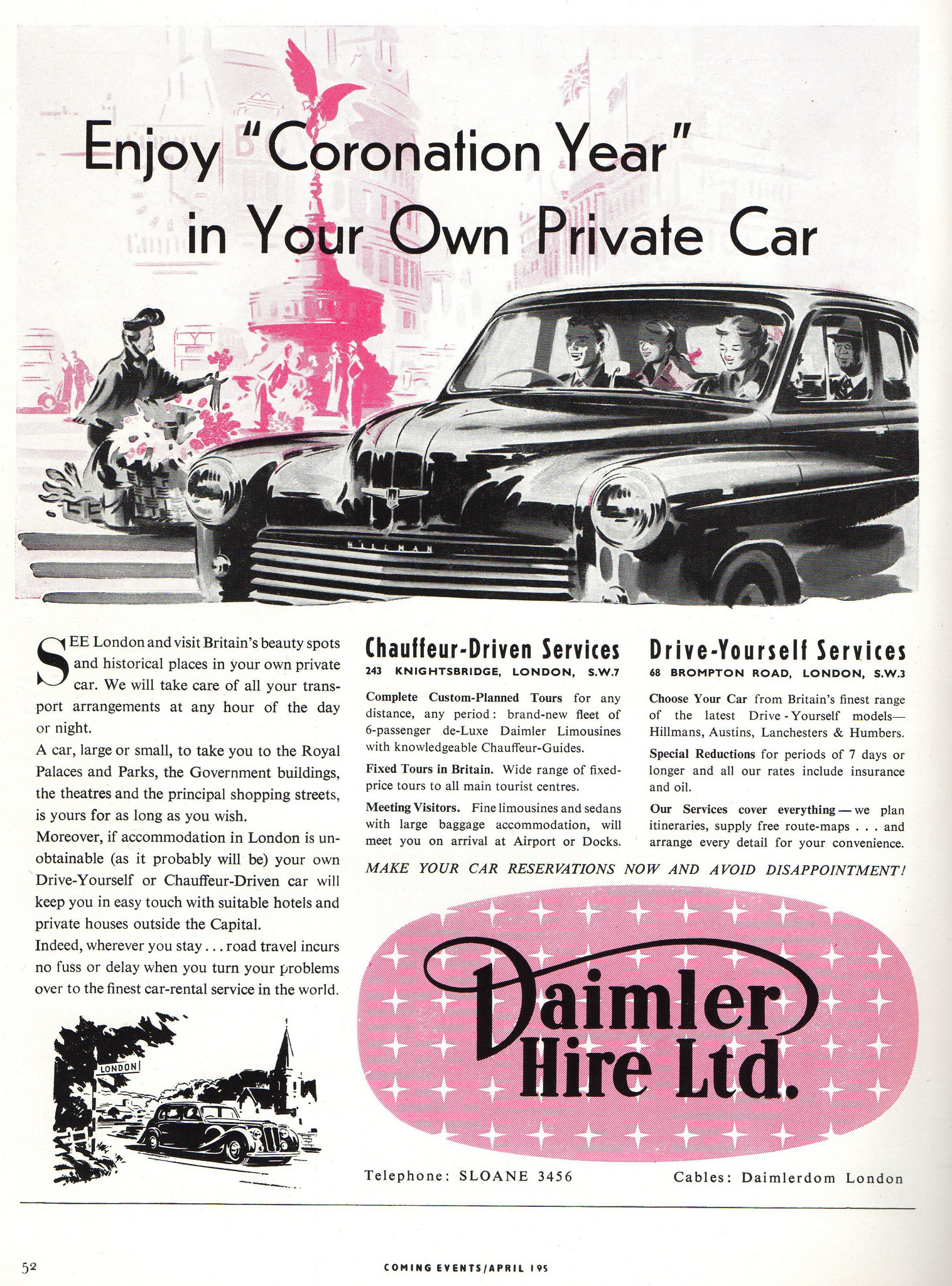 The reference serves as another example of Ian Fleming inserting luxury into the narrative, which enriches the reading experience even more as you understand what he was referring to.