Each morning while at home, James Bond prefers to eat the same breakfast. As usual, Ian Fleming spares no detail in relating this specific item in From Russia With Love:

The single egg, in the dark blue egg cup with a gold ring around the top, was boiled for three and a third minutes.

It was a very fresh, speckled brown egg from French Marans hens owned by some friend of May in the country. (Bond disliked white eggs and, faddish as he was in many small things, it amused him to maintain that there was such a thing as the perfect boiled egg.)

Marans hens, a medium-sized, dual-purpose breed of poultry, known for their dark eggs, originated in Marans, France and were imported to the United Kingdom in the 1930’s. There are nine recognized colors in the French Marans standard.

All Marans lay dark brown eggs, some varieties with the speckled specified by Fleming, as this one: 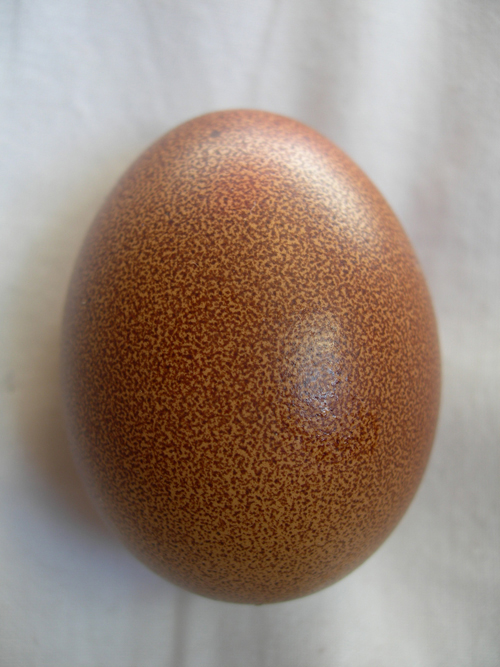 Bond’s mania for dark brown eggs is repeated in the short story 007 in New York, when it is noted:

(Bond had once had a small apartment in New York. He had tried everywhere to buy brown eggs until finally some grocery clerk had told him, ‘We don’t stock ’em, mister. People think they’re dirty.’)