“Flowers scream when they are picked”

While James Bond and Gala Brand are having their afternoon together and getting to know one another a little bit in Moonraker, Gala picks a bee orchis.

“You wouldn’t do that if you knew that flowers scream when they are picked,” said Bond.

Gala looked at him. “What do you mean?” she asked, suspecting a joke.

“Didn’t you know?” He smiled at her reaction. “There’s an Indian called Professor Bhose, who’s written a treatise on the nervous system of flowers. He measured their reaction to pain. He even recorded the scream of a rose being picked. It must be one of the most heartrending sounds in the world. I heard something like it as you picked that flower.”

Our Mr Bond certainly is a wealth of information! The reference here is to Sir Jagadish Chandra Bose, (1858-1937) the founder of Bose Institute, who in addition to being a pioneer in the field of radio, and an early writer of science fiction, was also a botanist who indeed did embark on a study of plants and their reaction to pain.

While plant perception is still something of a disputed subject, we can still marvel at Bond’s knowledge of this study, and his clever way of introducing the topic. 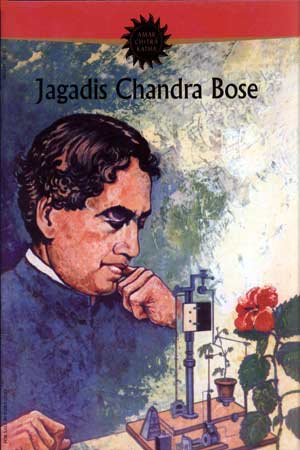