In Casino Royale, when James Bond first orders his famous martini, later to be called The Vesper, he specifies “three measures of Gordon’s.”

Earlier in the book, Bond overhears some people at the bar:

‘Moi, j’adore le “Dry”,’ (Me, I like the “dry”)  a bright-faced girl at the next table said to her companion, too neat in his unseasonable tweeds, who gazed at her with moist brown eyes over the top of an expensive shooting-stick from Hermes, ‘fait avec du Gordon’s, bien entendu.’ (made with gordon’s, of course.)

It appears Bond is not the only one who prefers Gordon’s in his dry martini.

In Thunderball, when Felix Leiter is giving his lecture to the barman on bar profits, he notes that One bottle of Gordon’s Gin contains 16 true measures double measures that is, the only ones I drink.

In Risico, when meeting Kristatos, Bond is specific in ordering his drink:

The waiter walked back to the bar. “Negroni. Uno. Gordon’s.”

These are the only occasions in the Ian Fleming novels where Gordon’s is mentioned. The context of how the brand is mentioned however, surely indicates that it was a preferred brand of Bond’s.

Gordon’s was first made in 1769 by Alexander Gordon, and according to the brand website, the recipe – a tightly guarded secret – remains the same today. 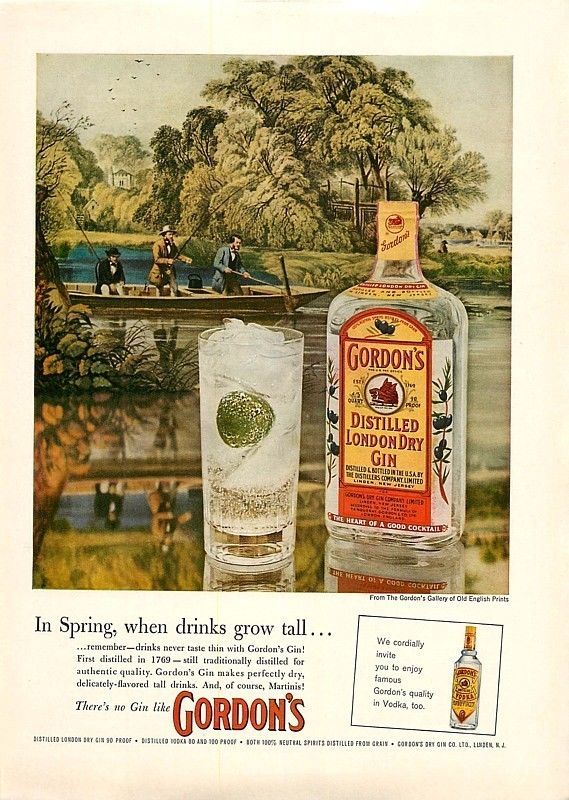 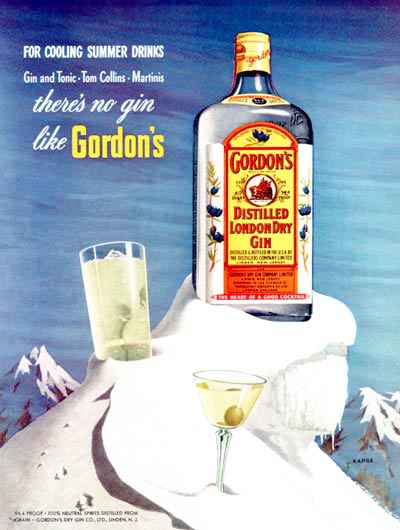