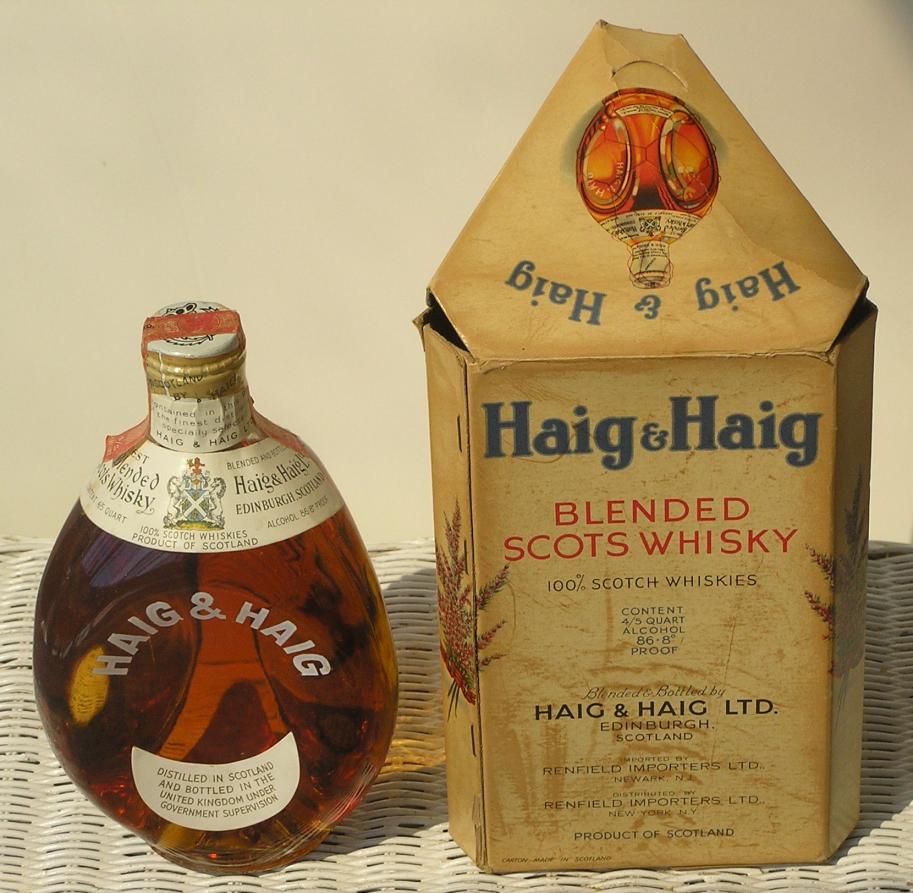 Haig and Haig Pinchbottle is a blended scotch whisky in a unique three-sided bottle. The bottle was actually trademarked in the United States in 1958.

In Live and Let Die at Sugar Ray’s, Bond and Leiter have scotch-and-soda with Haig and Haig Pinchbottle.

When Bond returns to his hotel room after his “meeting” with Mr Big, “He put a handful of wilted ice cubes into a tall glass, poured in three inches of Haig and Haig and swilled the mixture round in the glass to  cool and dilute it. Then he drank down half the glass in one long swallow.”

When Bond shows up at The Everglades, Leiter grabs a bottle of Haig and Haig and some soda water and they both have a long drink.

In On Her Majesty’s Secret Service, during Bond’s initial encounter with Marc-Ange Draco, the head of the Union Corse produces bourbon for Bond, and a bottle of Pinchbottle Haig for himself.