We haven’t actually tackled the Vesper Martini just yet, which is James Bond’s own creation as outlined in Casino Royale. As with most things, Ian Fleming shared Bond’s tastes, he too enjoyed martinis as well as the other drinks in the Bond canon.

However on martinis, it appears Fleming preferred a mixture that was a bit simpler than Bond’s exacting formula.

The following passage was in Henry A. Zeiger’s Ian Fleming: The Spy Who Came in with the Gold. – A 1966 biography of Fleming.

He liked American martinis, as did his hero, but admitted they were somewhat hard to find in London. He wrote: “It is extremely difficult to get a good Martini anywhere in England. . . . The way I get one to suit me in any pub is to walk calmly and confidently up to the bar and, speaking very distinctly, ask the man or girl behind it to put plenty of ice in the shaker (they nearly all have a shaker), pour in six gins and one dry vermouth (enunciate ‘dry’ carefully) and shake until I tell them to stop.

“You then point to a suitably large glass and ask them to pour the mixture in. Your behaviour will create a certain amount of astonishment, not unmixed with fear, but you will have achieved a very large and fairly good Martini, and it will cost you about $1.25.”

That’s it. No olives. No lemon peel. No vodka, just gin and vermouth in a 6-1 ratio and shaken. Elsewhere, Fleming states his preference for American vermouth, rather than the continental varieties.

Zeiger doesn’t specifically say where Fleming wrote this, though he makes reference to a Spectator article. This passage also appeared in the collection Talk of the Devil a collection of unpublished Fleming material put out by Queen Anne Press.

Some purists and mixologists disapprove of the shaking of the martini, insisting the gin will be “bruised.” (Note: that’s nonsense. The possible issue is that shaking could “water down” your martini.) Another, more realistic issue is that your martini will be cloudy after shaking, but even that will clear up after a few minutes. 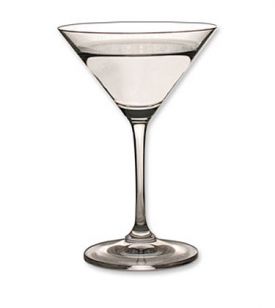 If you’re looking for an easy, simple martini recipe, why not try the Fleming’s original?

6 thoughts on “How To Order A Martini Like Ian Fleming”