In On Her Majesty’s Secret Service, when Bond is in his first meeting with Marc-Ange Draco, they bond over a little whisky.

With efficient, housekeeperly movements, he (Draco) took out a bottle of pinchbottle Haig, another of I. W. Harper’s Bourbon, two pint glasses that looked like Waterford, a bucket of ice cubes, a siphon of soda, and a flagon of iced water.

Bond pours himself a “stiff Bourbon and water with plenty of ice.” Draco goes for the Haig, which is a blended scotch. 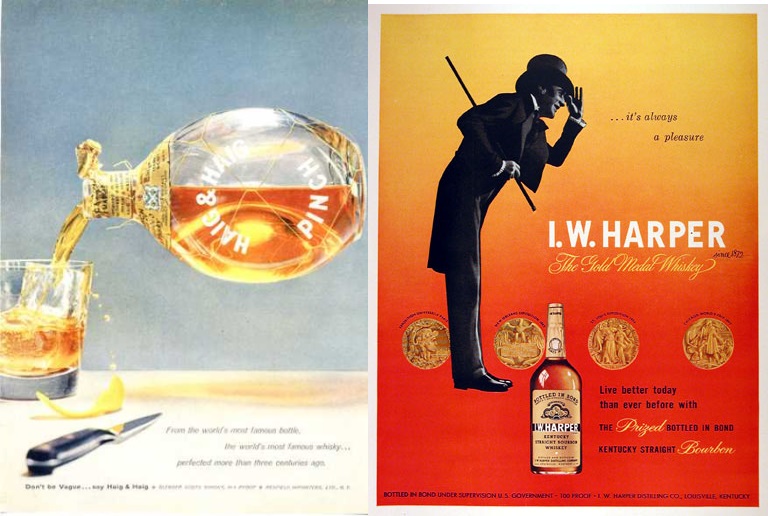 I.W. Harper is another brand that has largely gone by the wayside. Very hard to find in the states, it is said to be hugely popular in Japan. The brand is now owned by Diageo brands. (The Pinch is also a Diageo product now.) According to Bourbon Empire, the brand was originated by Isaac Wolfe Bernheim, founder of Bernheim Brothers Distillery in 1879. (The distillery was founded in 1872.) He gave the bourbon his first two initials, and the Harper came from John Harper, a popular horse trainer of the day. Bernheim feared giving the bourbon his ethnic name wouldn’t sell well. 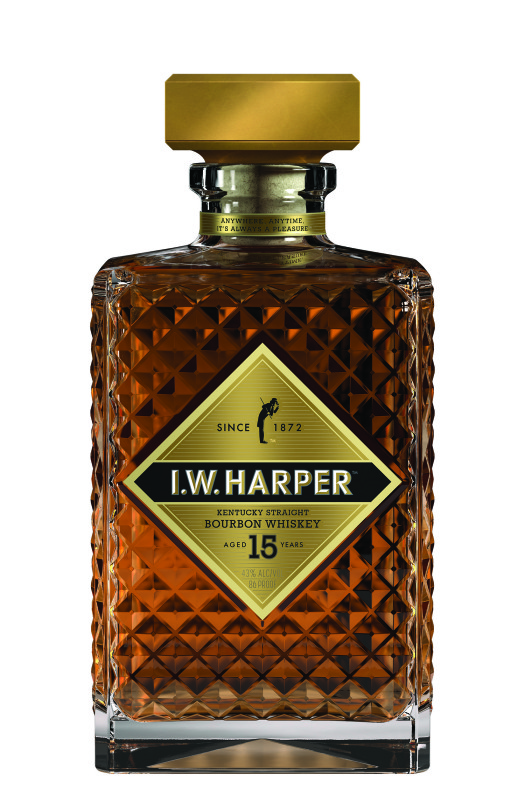