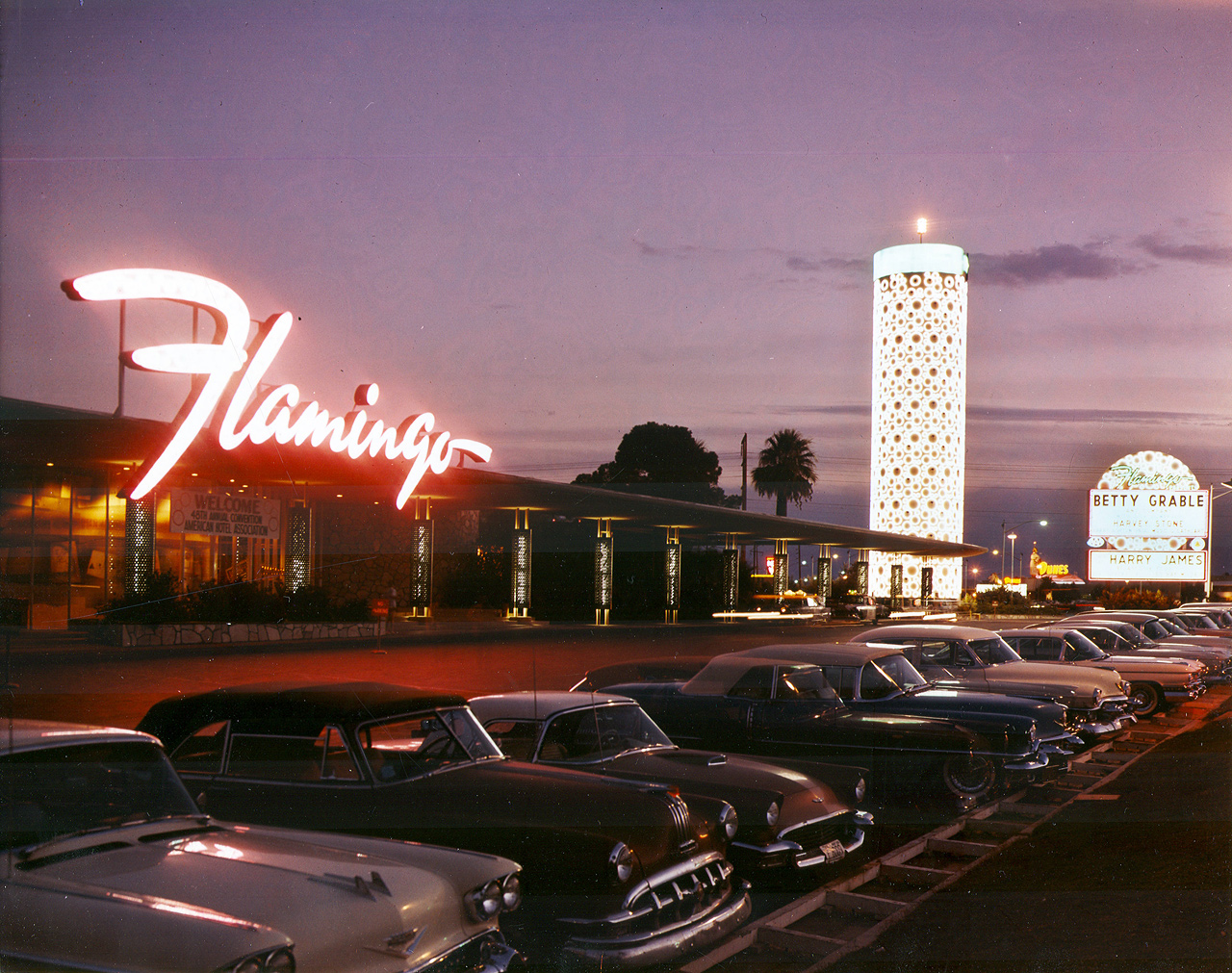 When James Bond arrives in Las Vegas in Diamonds Are Forever, he hooks up with cab driver Ernie Cureo who brings him to his hotel, The (fictitious) Tiara, while showing him some of the other (real) hotels on the strip.

They passed a motel with a swimming pool which had built-up transparent glass sides. As they drove by, a girl dived into the bright green water and her body sliced through the tank in a cloud of bubbles.

“On ya right, The Flamingo,” said Ernie Cureo as they passed a low-lying modernistic hotel with a huge tower of neon, now dead, outside it. “Bugsy Siegel built that back in 1946.

Then here’s The Sands. Plenty of hot money behind that one. Don’t rightly know whose. Built a couple of years ago. Front guy’s a nice feller name of Jack Intratter 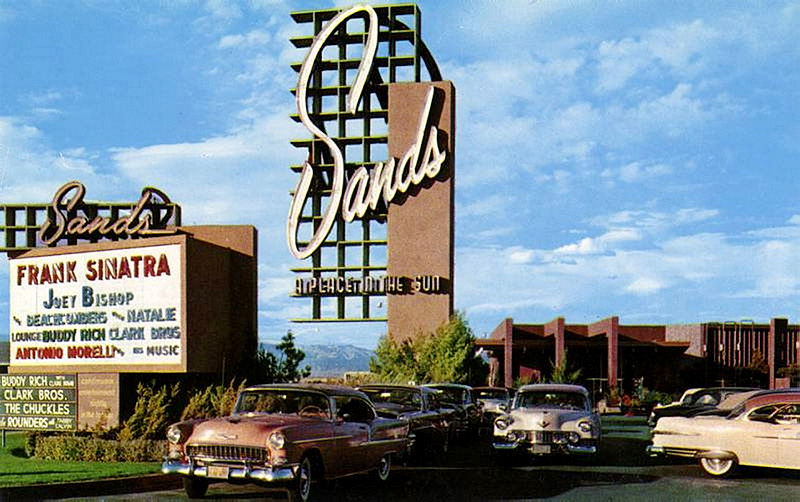 “Well then, here’s The Desert Inn. Wilbur Clark’s place. But the money came from the old Cleveland-Cincinatti combination. 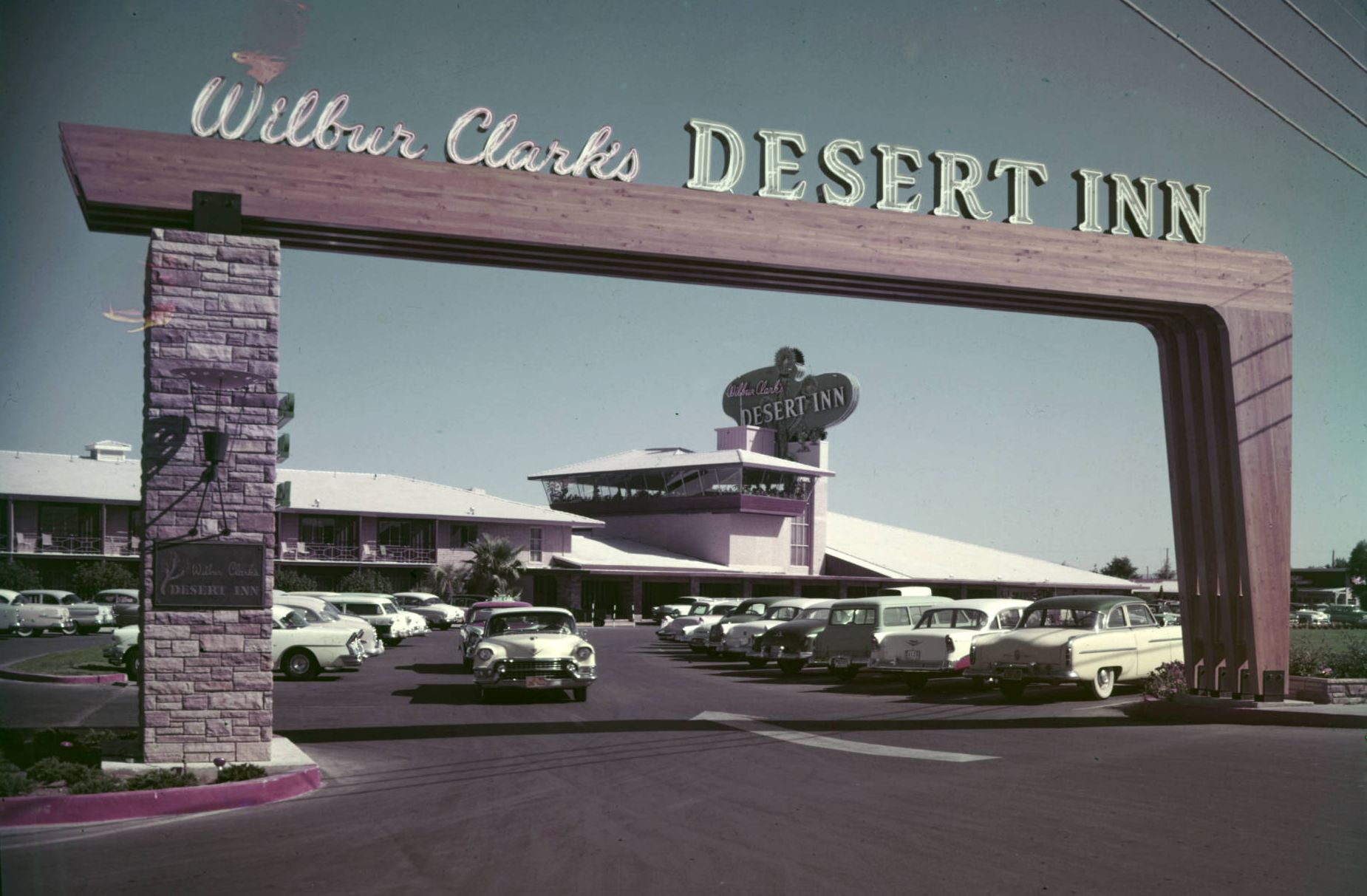 And that dump with the flat-iron sign is The Sahara. Latest thing. Listed owners are a bunch of small-time gamblers from Oregon. 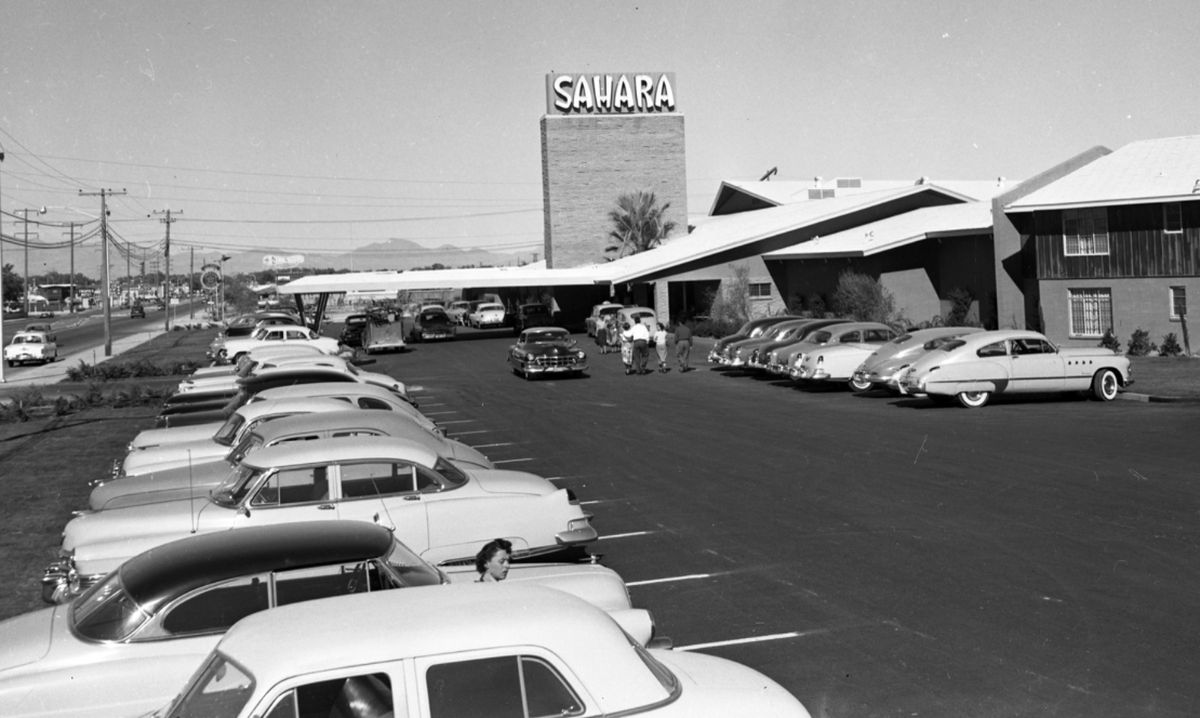 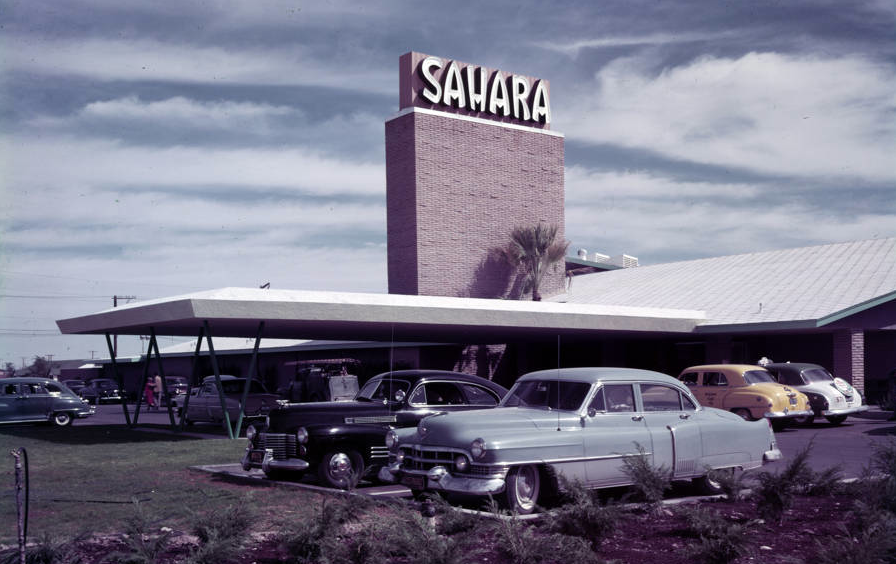 Then,’ he waved to the left where the neon was wrought into a twenty-foot covered wagon at full gallop, “Ya get The Last Frontier. That’s a dummy Western town on the left. Worth seein’. 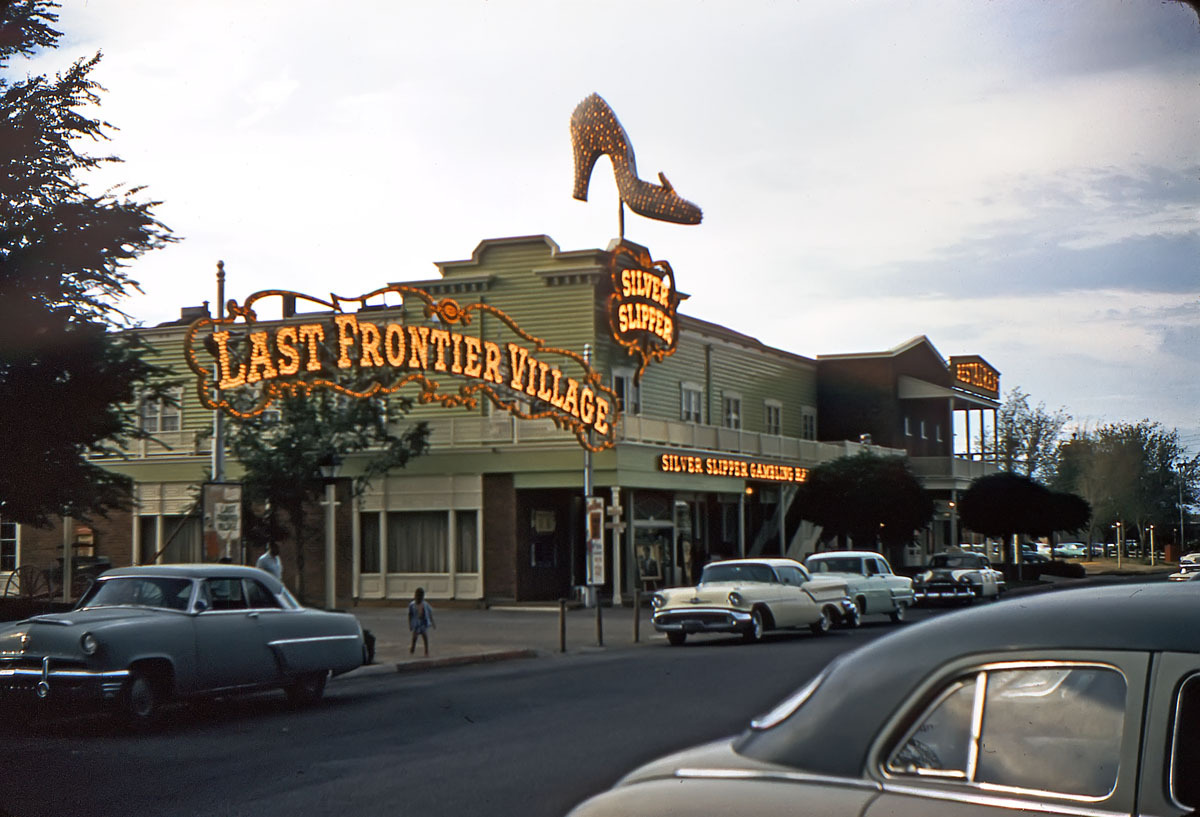 And over there’s The Thunderbird, and across the road’s The Tiara. 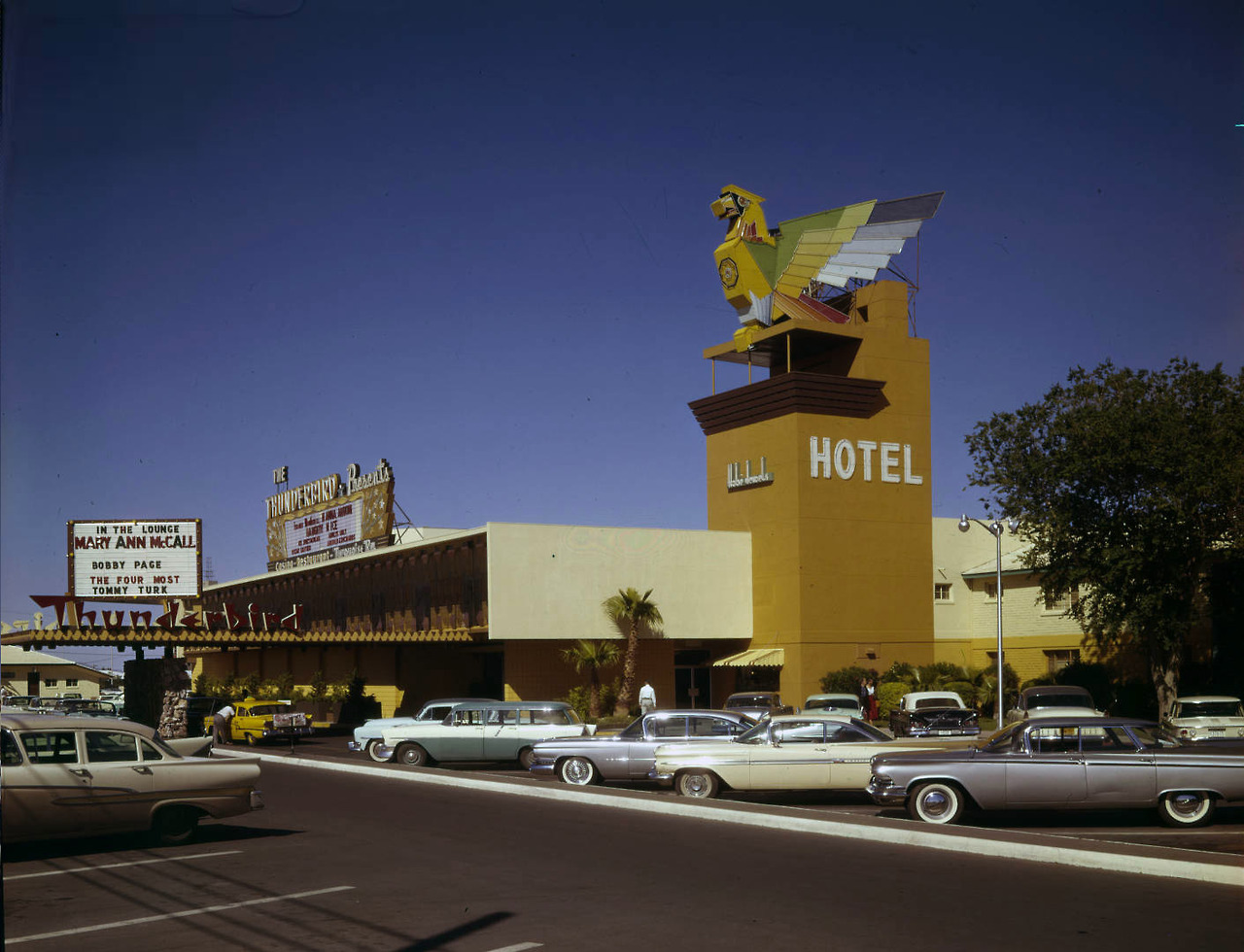 (Thanks to the University of Nevada, Las Vegas University Libraries among others for the images.)