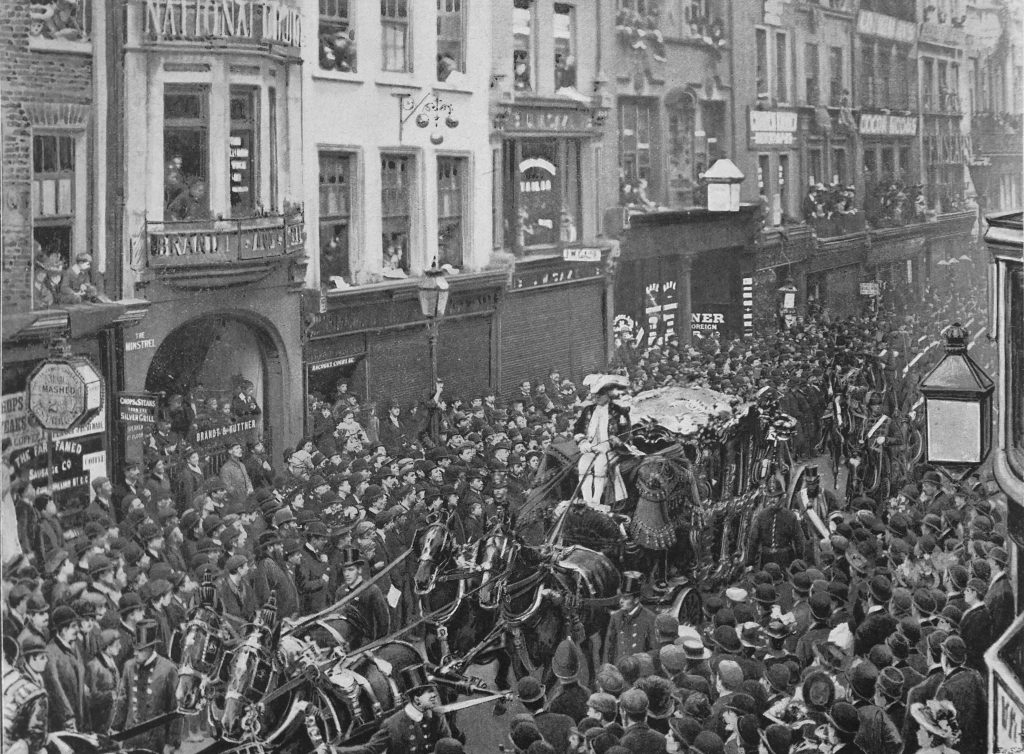 The long garage was empty. Under the neon lights the black and gold painted dragon on wheels looked like a float waiting for the Lord Mayor’s Show. It was pointing towards the sliding doors and the hatch of the armoured cabin stood open.

James Bond has just finished Dr. No’s obstacle course and disposed of the Dr, and is now, along with Honeychile Rider looking for a means to get away from the compound, which is in pure chaos at the moment. He spots Dr. No’s “dragon” and it reminds him of a float for the Lord Mayor’s Show.

The Lord Mayor’s Show is one of the oldest annual events in London, being 802 years old as of 2020. In 1215, King John attempted to win over the city of London to his side by appointing a mayor who would be loyal to him. According to the event’s website:

The King added a careful condition: every year the newly elected Mayor must leave the safety of the City, travel upriver to Westminster and swear loyalty to him. The Mayor has now made that journey nearly 700 times, despite plagues and fires and countless wars, and pledged his or her loyalty to 34 kings and queens of England.

As the procession went up to Westminster by river, this is why to this day, vehicles used in processions are referred to as “floats.” In 1757 a magnificent State Coach was commissioned. The coach had “gilded coachwork and painted panels depicting London’s majesty, piety and global reach.” The Black and Gold dragon of Dr No brought the State Coach to Bond’s mind.

One thought on “Lord Mayor’s Show”