It is always fun to read through the Ian Fleming James Bond novels and look at phrases which are puzzling or meaningless to us today, but that readers of the time would’ve likely been familiar with. Some of these references are to items which would’ve been considered technological advances or fantastical to the general public.

In Diamonds Are Forever when Bond and Tiffany Case are traveling aboard the RMS Queen Elizabeth, we get this in the narrative.

The ‘Metal Mike’ took the ship quietly on into the darkness and the small township of three thousand five hundred souls settled down to the five days of its life in which there would be all the happenings natural to any other sizeable community-burglaries, fights, seductions, drunkenness, cheating; perhaps a birth or two, the chance of a suicide and, in a hundred crossings, perhaps even a murder.

I confess, I had no idea what the metal mike was. Perhaps some of the more nautically-inclined among the readership were familiar with the term, but I wasn’t.

The “Metal Mike” was the gyro-compass or gyro-pilot, used to keep the ship on course, especially at night.

Here are some clippings about the device from when the RMS Queen Elizabeth was about to make its first postwar voyage as a passenger liner. 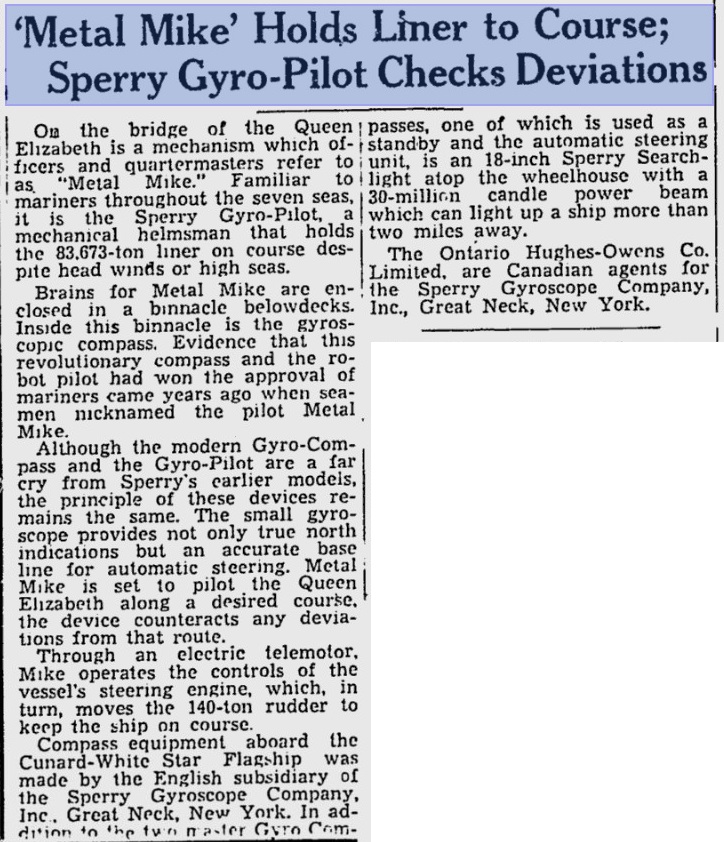 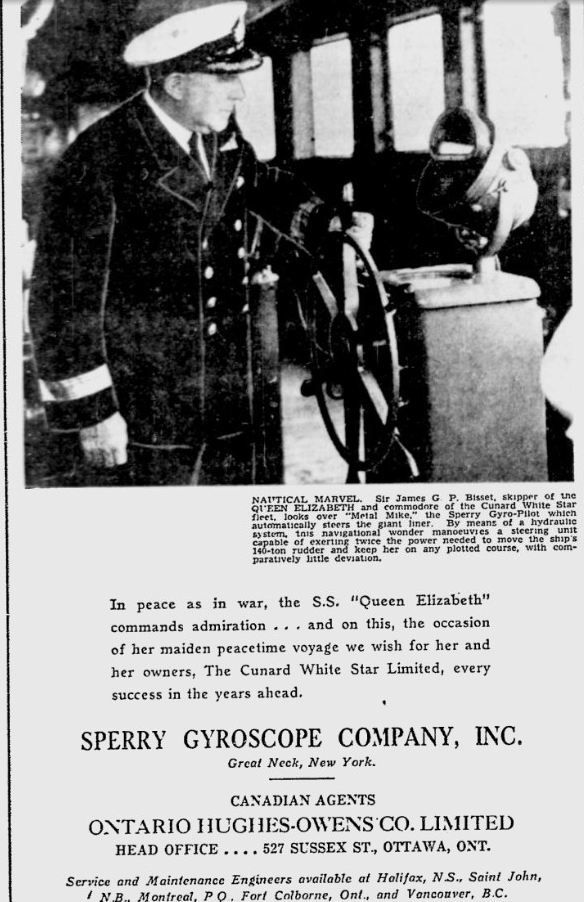 The Sperry company had many divisions, which have been divided off and sold. Pieces of the former company exist in current corporations such as Unisys, Honeywell and Lockheed Martin. Sperry Marine is the only part to still carry the Sperry name.