When James Bond deals Sir Hugo Drax the Culbertson hand in their card match at Blades in Moonraker, Bond lets Drax know that he is defeated in an understated, yet powerful gesture.

Morphy, the great chess player, had a terrible habit. He would never raise his eyes from the game until he knew his opponent could not escape defeat. Then he would slowly lift his great head and gaze curiously at the man across the board. His opponent would feel the gaze and would slowly, humbly raise his eyes to meet Morphy’s. At that moment he would know that it was no good continuing the game. The eyes of Morphy said so. There was nothing left but surrender.

Now, like Morphy, Bond lifted his head and looked straight into Drax’s eyes. Then he slowly drew out the queen of diamonds and placed it on the table. Without waiting for Meyer to play he followed it, deliberately, with the 8, 7, 6, 5, 4, and the two winning clubs.

Then he spoke. “That’s all, Drax,” he said quietly, and sat slowly back in his chair.

Paul Morphy (1837-1884) was sort of the Bobby Fischer of the 19th century, an American chess prodigy who suffered from mental illness. Born in New Orleans, Morphy learned to play chess as a boy simply by watching others play. He studied law, and never considered himself a “professional” chess. There was no official world champion of chess at that time, but after defeating all of the top American and European players (with the exception of Howard Staunton, who avoided Morphy, knowing he could lose to the younger man.) he was widely considered the world’s best chess player at the age of 21.

He reduced his playing schedule quite drastically after that, and officially retired from the game in 1863 at the age of 26 to focus on his law career, which never really got of the ground. He died of a stroke at the age of 47 in 1884.

Interestingly, in the limited research I did, I found no references to the above staredown tactic Fleming mentions. 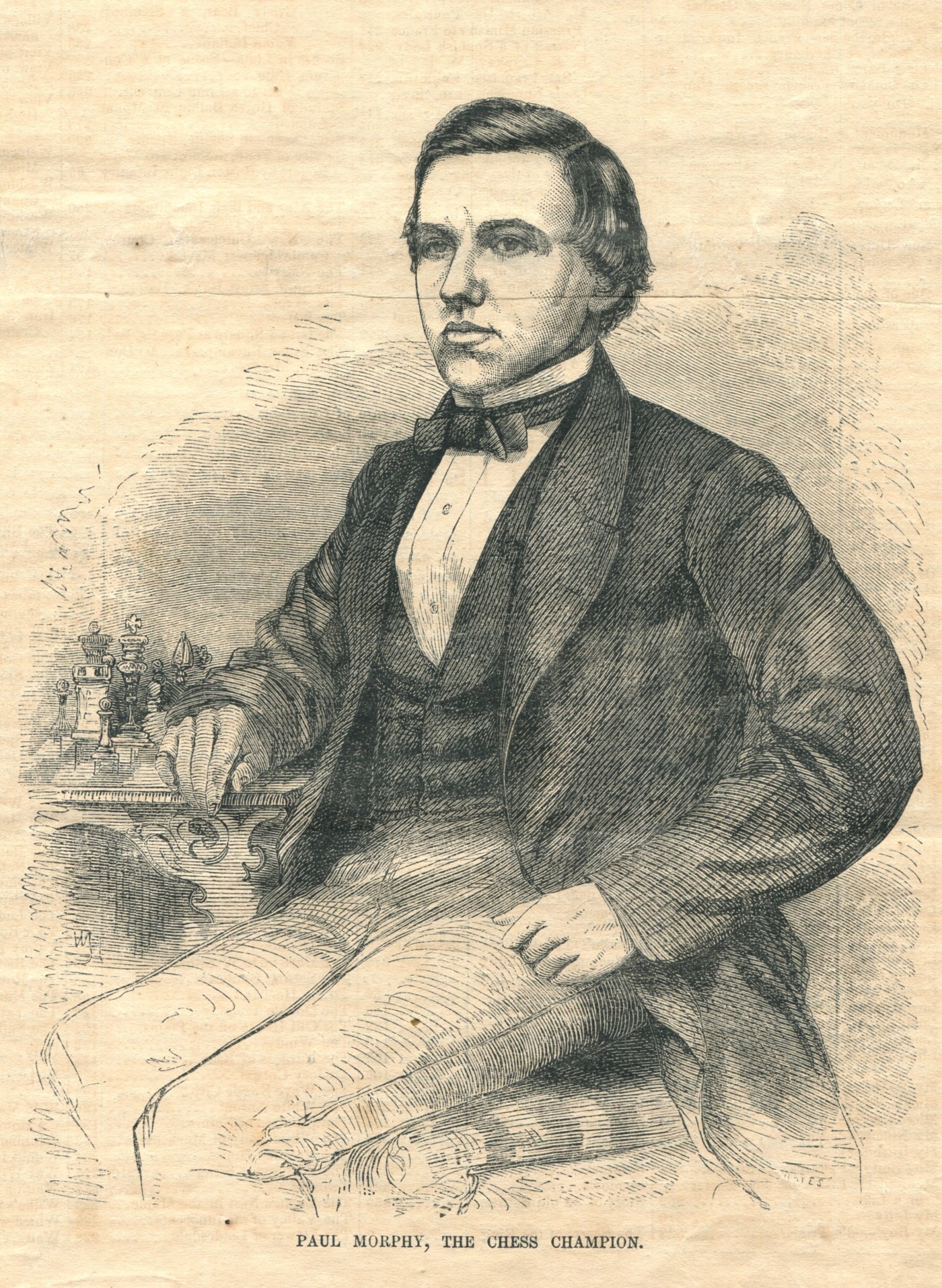