Three days into the voyage,  James Bond and Tiffany Case make plans to have a drink in the Observation Lounge.

They were thirsty for each other’s company after the three days’ separation, but Tiffany’s defences were up when she joined him at the obscure corner table he had chosen in the gleaming semi-circular cocktail bar in the bows.

I think I can see the corner table.

The Observation lounge was on the Promenade deck, at the very tip of the ship, and after Bond made a remark that upset Tiffany, she left the bar, and was “half way down the Promenade Deck” before Bond could catch up with her. 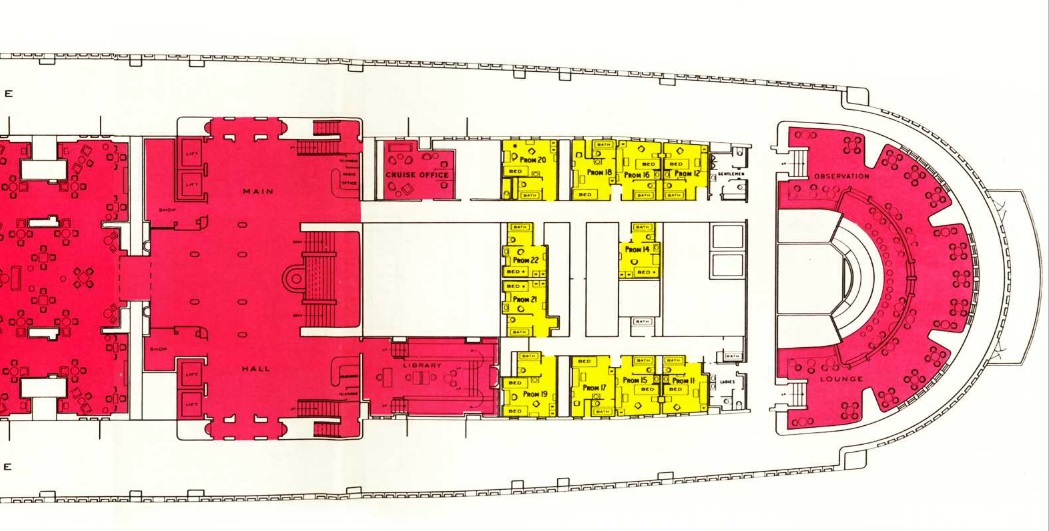 The deck was the white space along the outside edges of the boat. Tiffany was out of there pretty fast!

Check out the SSMaritime.com site for more outstanding pics.