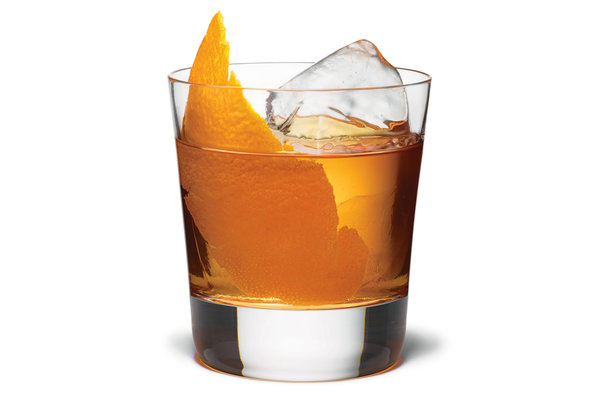 On the Phantom train with Solitaire in Live and Let Die, they get settled in after boarding.

Bond ordered Old Fashioneds, and stipulated ‘Old Grandad’ Bourbon, chicken sandwiches, and decaffeined ‘Sanka’ coffee so that their sleep would not be spoilt.

In Thunderball, after a long first day (and before a long night) arriving in the Bahamas and searching for clues, James Bond via room service, orders a “double Bourbon Old Fashioned” before collapsing on his bed.

The Old Fashioned is essentially a way to give Bourbon some flavor with bitters (usually Angostura) and some sweetness with sugar and fruit. 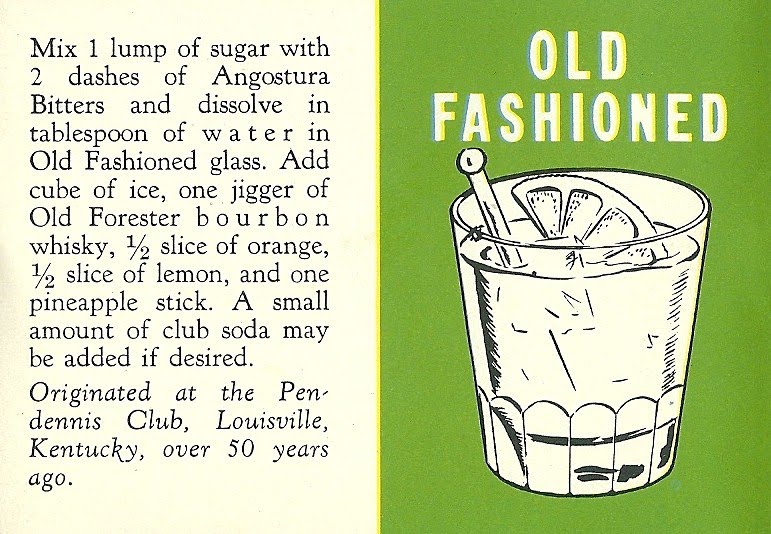 The roots of the cocktail can be traced back to the early days of the 19th century when drinks of spirits, bitters sugar and water become popular. In time, other ingredients were added to the cocktail, but eventually the original came back into popularity as people began requesting the “Old Fashioned” version.