On the train with Solitaire:

Bond ordered Old Fashioneds, and stipulated ‘Old Grandad’ Bourbon, chicken sandwiches, and decaffeined ‘Sanka’ coffee so that their sleep would not be spoilt.

Before his encounter with The Robber:

He drank a quarter of a pint of Old Grandad with the steak and had two cups of very strong coffee.

After his encounter with The Robber:

He stopped at the ‘Gulf Wind Bar and Snacks’ and ordered a double Old Grandad on the rocks.

(He then has another.)

In Diamonds Are Forever, when Bond is in Las Vegas, and orders a Bourbon and Branch Water, he has Old Grandad as the whisky.

The bourbon that Fleming is referring to is Old Grand-Dad bourbon, which is shown here in this 1955 ad: 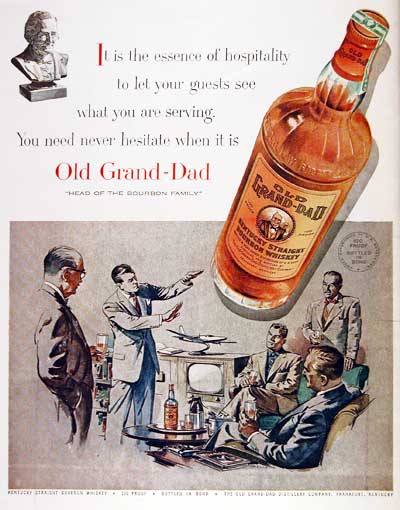 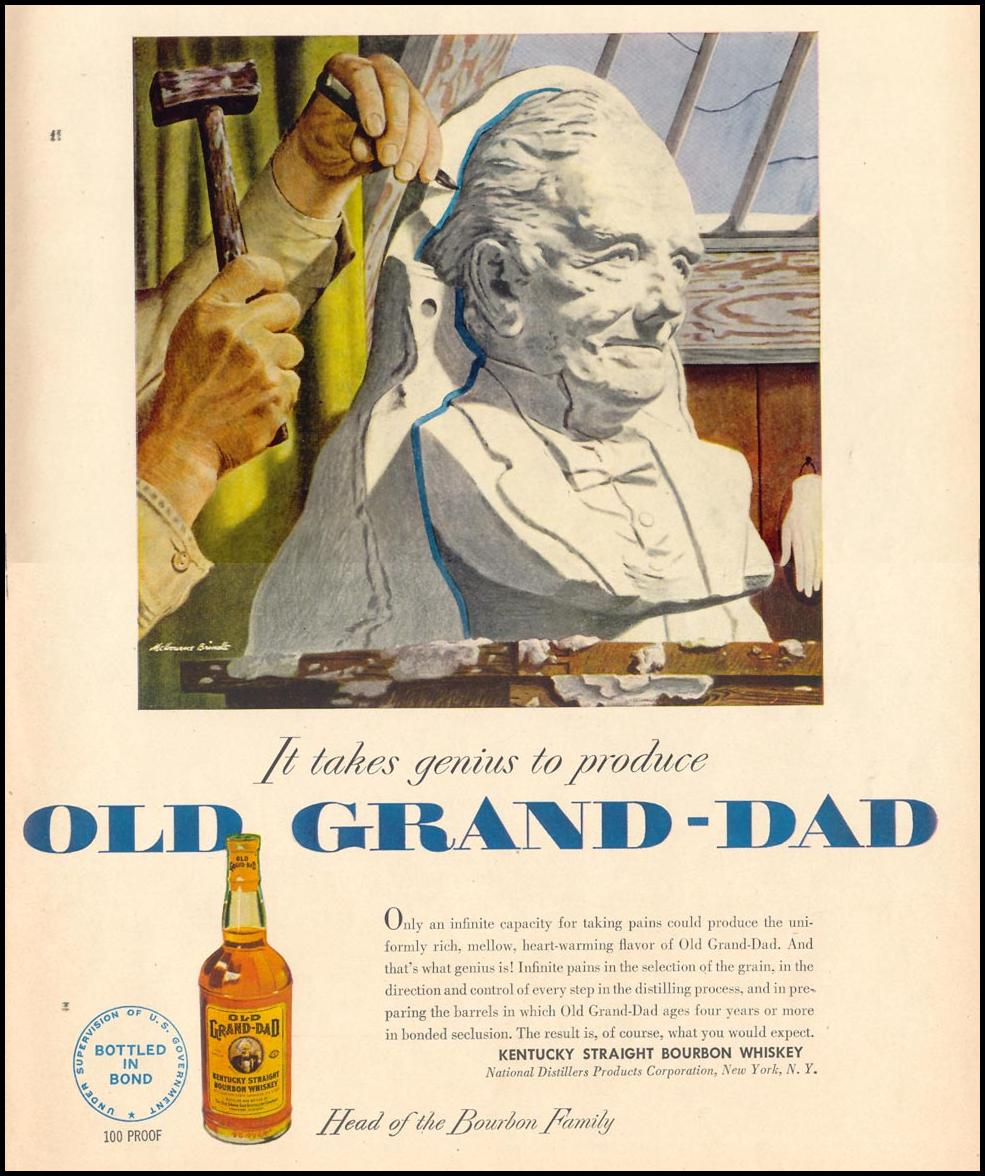 The brand is now owned and distributed by the Beam Inc and distilled at the Jim Beam Plant in Clermont, Kentucky.

Interestingly, it is the only brand acquired by Beam which still uses the original recipe. Other brands that Beam has bought have been changed to Beam’s own, but Old Grand-Dad should be the same as when Bond was drinking it.

That link also indicates to me that it was the “Bonded” (no pun intended) version of Old-Grand-Dad that James Bond was drinking, as it notes Historically, Old Grand-Dad Bonded was the #1 bonded bourbon when bottled-in-bond meant something to bourbon drinkers.