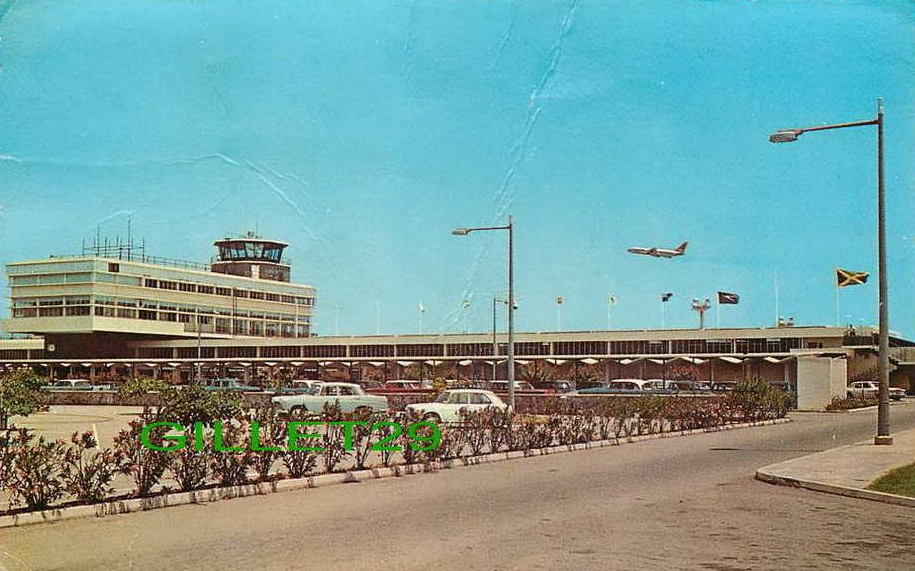 This entryway into Jamaica (now known as Norman Manley International Airport) is featured in three Ian Fleming novels – Live and Let Die, Dr No and The Man With The Golden Gun.

In Live and Let Die, Bond is met at the airport by Strangways following his departure from the United States via Tampa, a brief stop in Nassau, and a bit of a rough approach and landing in Jamaica.

This happy landing at Palisadoes Airport comes to you by courtesy of your stars. Better thank them.

Bond unfastened his seat-belt and wiped the sweat off his face.

To hell with it, he thought, as he stepped down out of the huge strong plane.

Strangways, the chief Secret Service agent for the Caribbean, was at the airport to meet him and he was quickly through the Customs and Immigration and Finance Control.

In Dr No, Bond is met by Quarrel.

Slowly the great aircraft turned in again towards the land and for a moment the setting sun poured gold into the cabin. Then, the plane had dipped below the level of the Blue Mountains and was skimming down towards the single north–south runway. There was a glimpse of a road and telephone wires. Then the concrete, scarred with black skid-marks, was under the belly of the plane and there was the soft double thump of a perfect landing and the roar of reversing props as they taxied in towards the low white airport buildings.

The sticky fingers of the tropics brushed Bond’s face as he left the aircraft and walked over to Health and Immigration. He knew that by the time he had got through Customs he would be sweating. He didn’t mind.

In The Man With The Golden Gun, Bond is killing time at “Kingston International Airport” before a connecting flight to Havana when he stumbles across a lead which changes his plans and keeps him in Jamaica.

There are few less prepossessing places to spend a hot afternoon than Kingston International Airport in Jamaica. All the money has been spent on lengthening the runway out into the harbour to take the big jets, and little was left over for the comfort of transit passengers. James Bond had come in an hour before on a B.W.I.A. flight from Trinidad, and there were two hours to go before he could continue the roundabout journey to Havana. He had taken off his coat and tie and now sat on a hard bench gloomily surveying the contents of the In-Bound shop with its expensive scents, liquor, and piles of overdecorated native ware He had had luncheon on the plane, it was the wrong time for a drink, and it was too hot and too far to take a taxi into Kingston even had he wanted to. He wiped his already soaking handkerchief over his face and neck and cursed softly and fluently.

The airfield was constructed in the late 1930’s, the location was selected because it was close to Kingston (10 miles), and Port Royal (5 1/2 miles), could handle land and sea planes and there were good roads in the area. 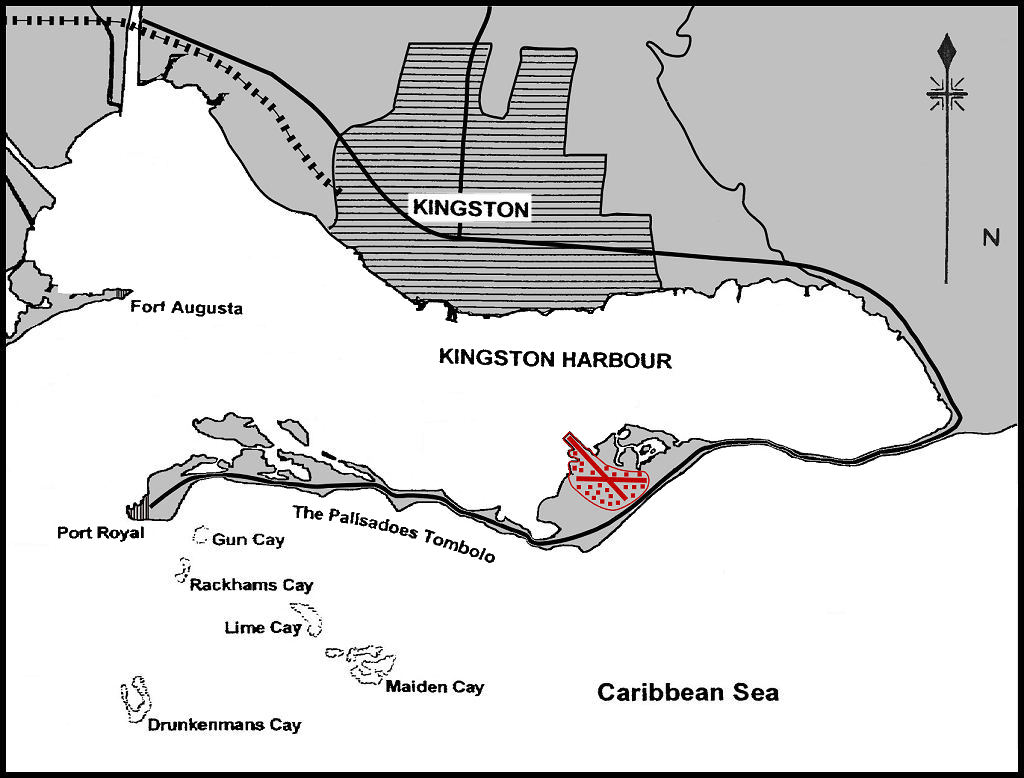 When World War II broke out, the civilian airfield became a Royal Navy Air Station, commissioned on 21 Jan 1941 as HMS Buzzard. It was closed on December 31st 1944, and returned to civilian use.

In 1948 the Palisadoes Airport opened. This aerial shows the site in the late 1940’s: 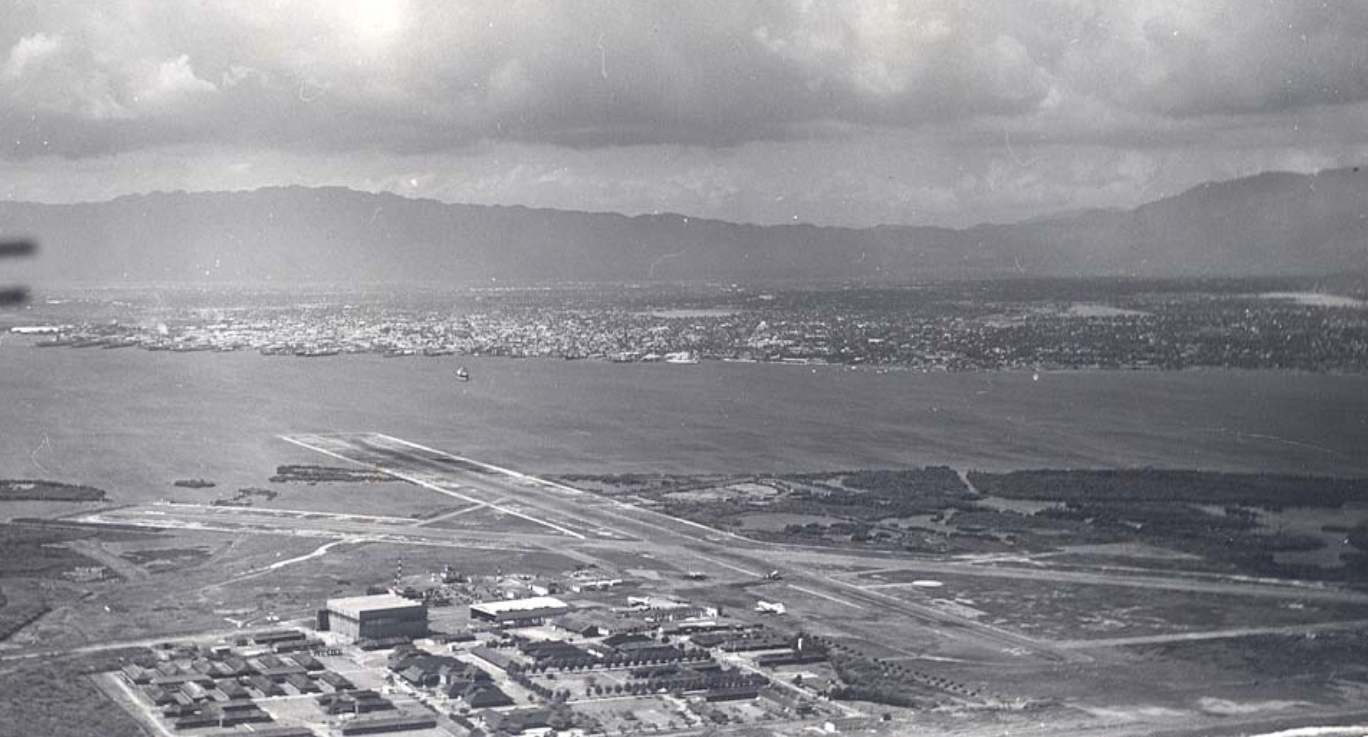 In these 1962 stills, you can see the view exiting the terminal and curbside of the Palisadoes Airport, as well as the view from across the road. Interestingly these are before Ian Fleming wrote The Man With The Golden Gun. 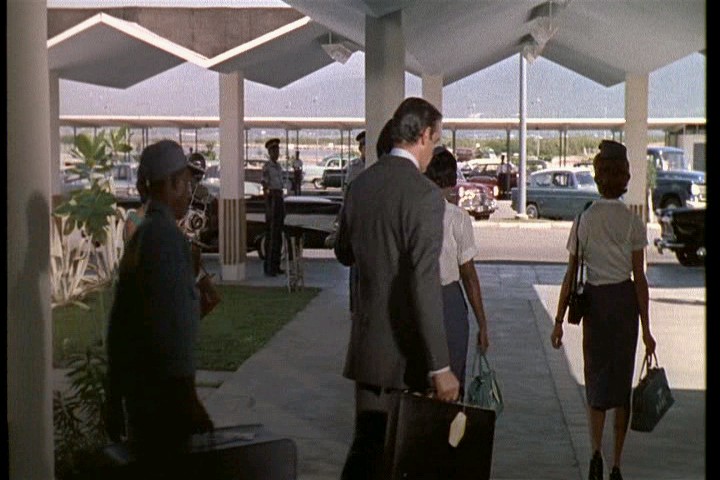 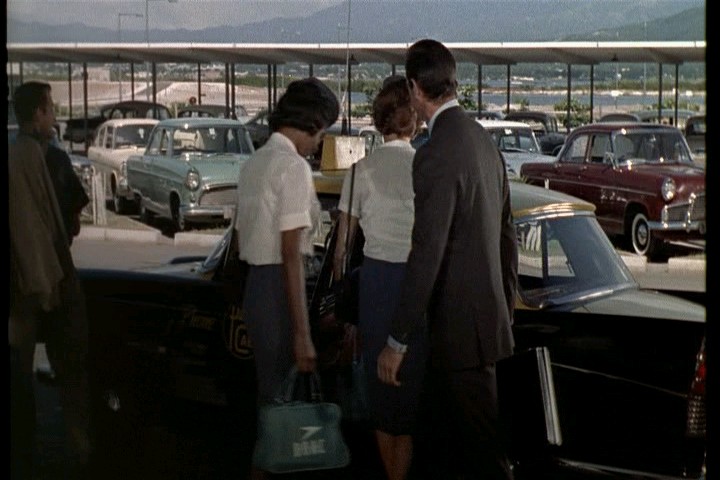 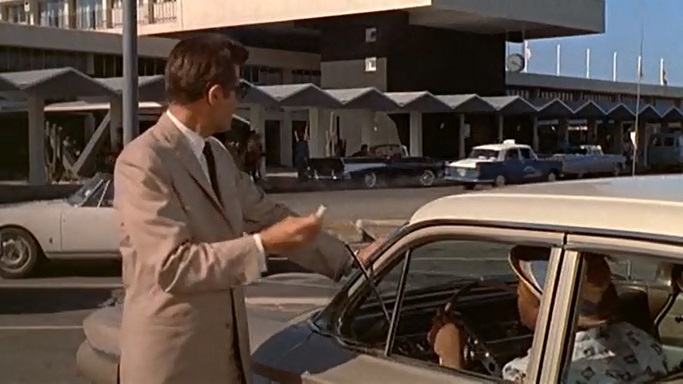