Tiffany Case is a smart lady. Naturally, her cigarette of choice would be Parliaments. Or at least that is what the advertising of that decade would’ve suggested.

In Diamonds Are Forever, as Bond and Tiffany arrive (together but separate) at Idlewild, Tiffany shows that she might be a little nervous.

THE customs officer, a paunchy good-living man with dark sweat marks at the armpits of his grey uniform shirt, sauntered lazily over from the Supervisor’s desk to where Bond stood, his three pieces of luggage in front of him, under the letter B. Next door, under C, the girl took a packet of Parliaments out of her bag and put a cigarette between her lips. Bond heard several impatient clicks at the lighter, and the sharper snap as she put the lighter back in her bag and closed the fastening. Bond felt aware of her watchfulness.

Bond references this incident when they are at dinner, in response to Tiffany’s teasing of him. He mentions the Parliament brand by name, and then a few minutes later, things are getting a little serious between them, and Tiffany needs to distract herself again.

She picked up her third Martini and looked at it. Then very slowly, in three swallows, she drank it down. She put down the glass and took a Parliament out of the box beside her plate and bent towards the flame of Bond’s lighter.

In The Spy Who Loved Me, Vivienne Michel enjoys a Parliament while settling in for her planned evening alone.

Then I pulled the most comfortable armchair over from the reception side of the room to stand beside the radio, turned the radio up, lit a Parliament from the last five in my box, took a stiff pull at my drink, and and curled myself into the armchair. 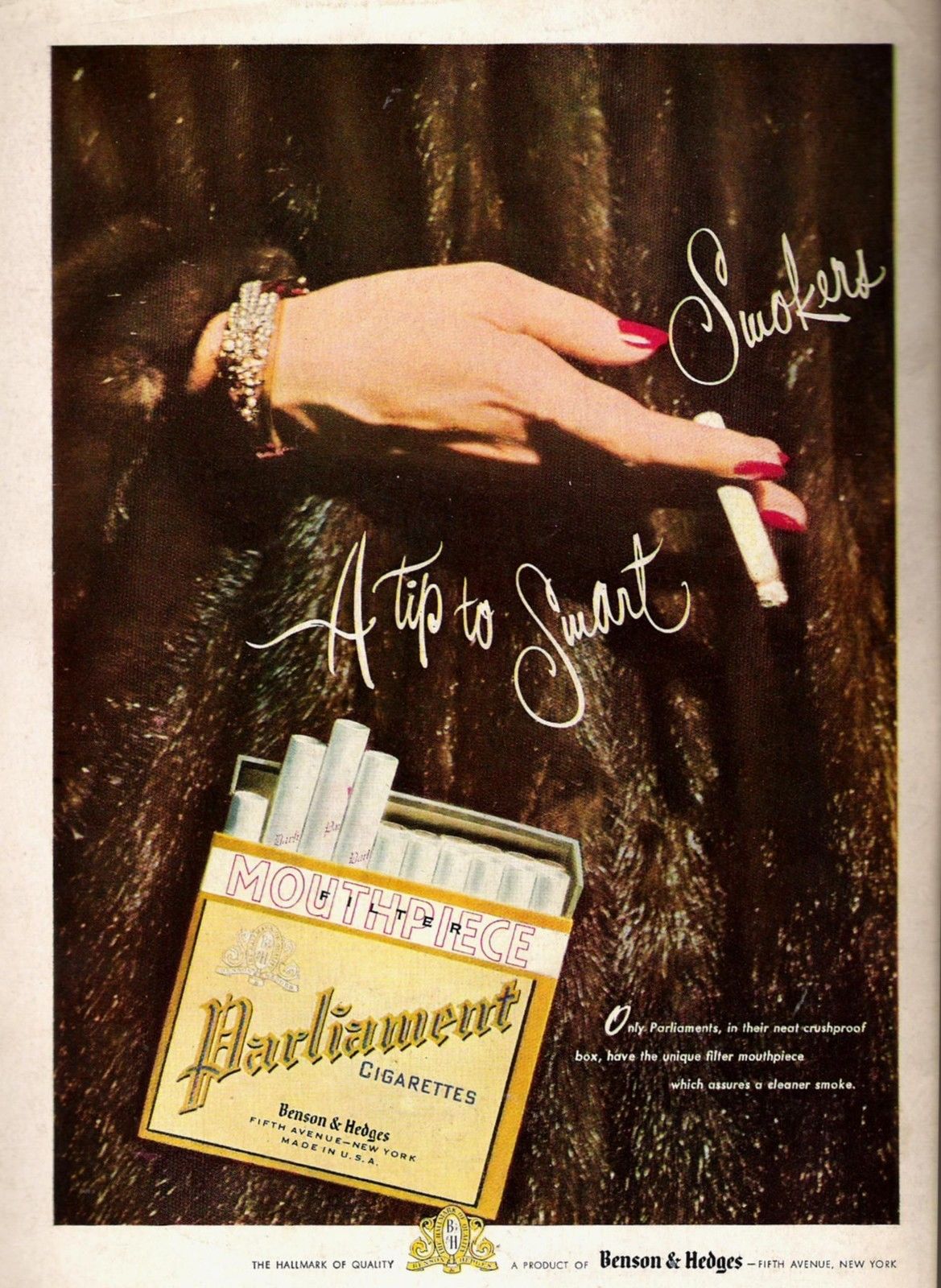 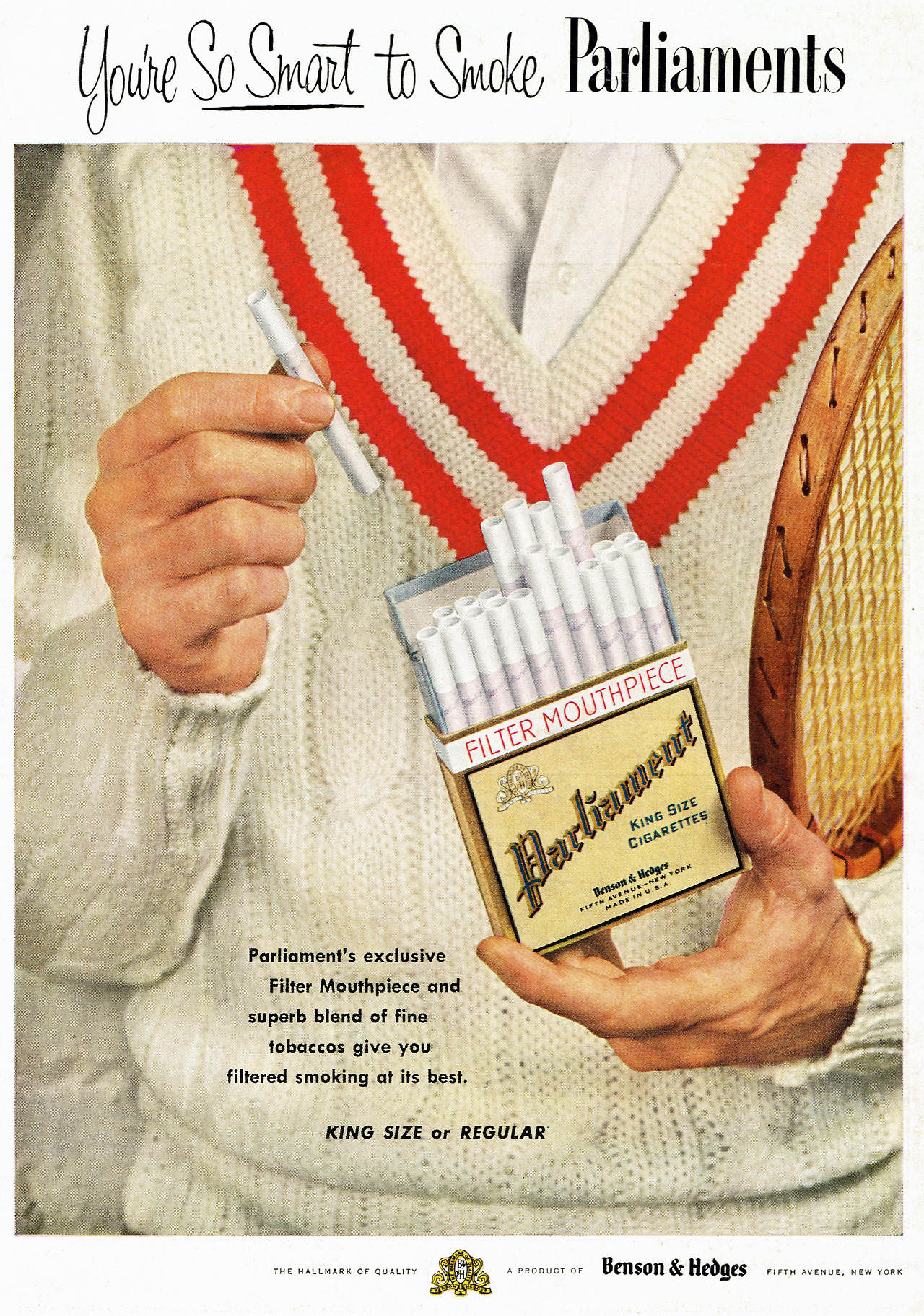 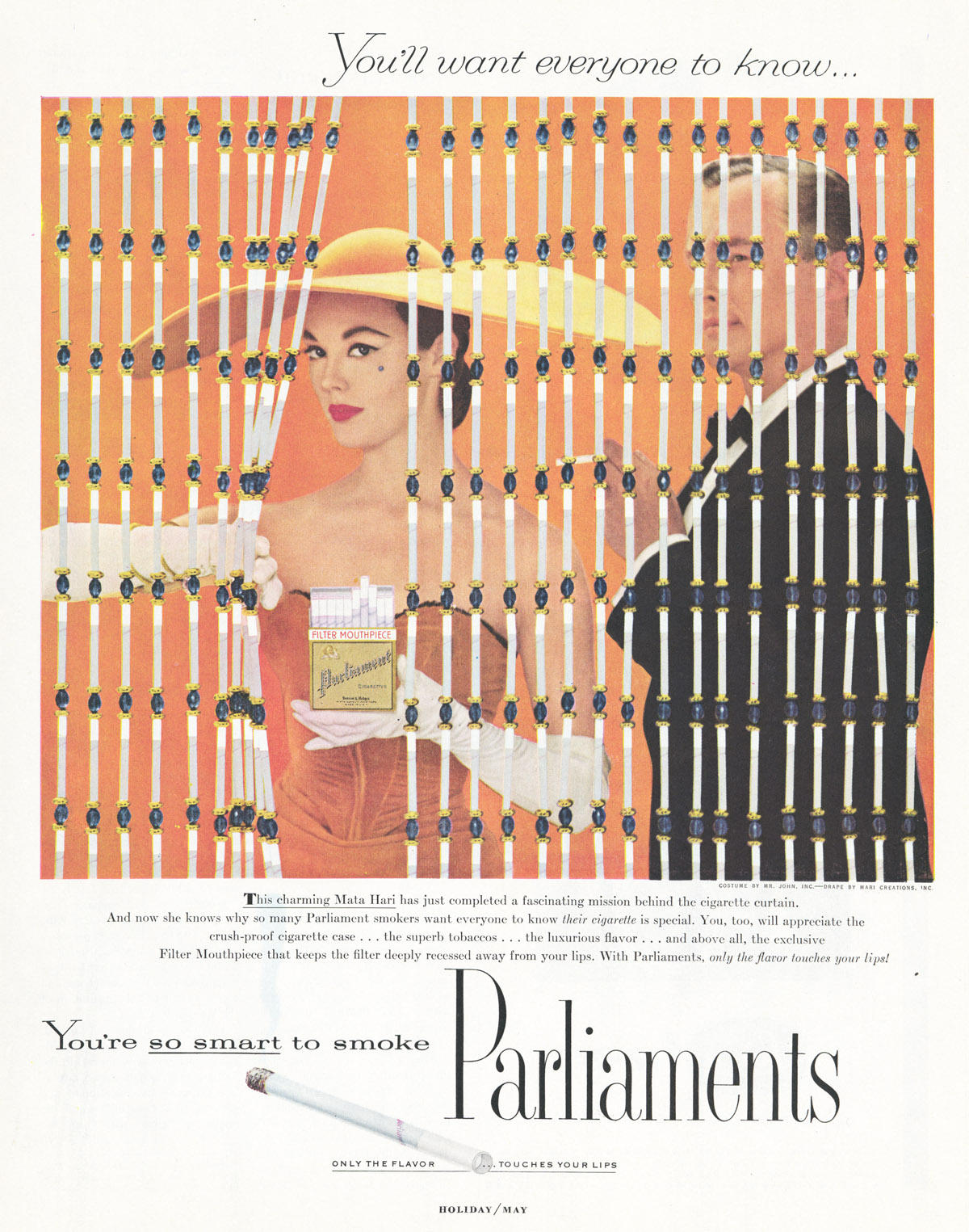 One thought on “Parliament Cigarettes”