In Goldfinger, when James Bond is reflecting on his mission to Mexico City and the “big Mexican” who had found him out, he recalls the confrontation with the man.

Almost automatically, Bond went into the ‘Parry Defence against Underhand Thrust’ out of the book. His right arm cut across, his body swivelling with it. The two forearms met mid-way between the two bodies, banging the Mexican’s knife arm off target and opening his guard for a crashing short-arm chin jab with Bond’s left.

What is this “Parry Defence?” It is a real technique for fighting someone with a knife at close quarters: 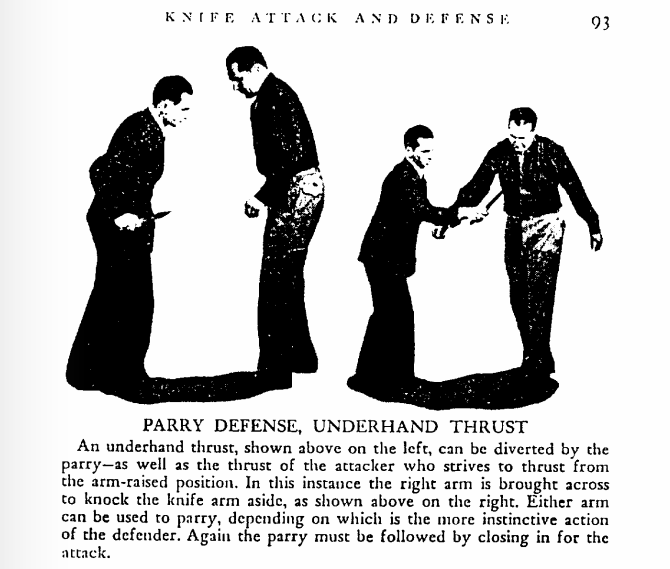 Straight out of a US Army Field Manual.