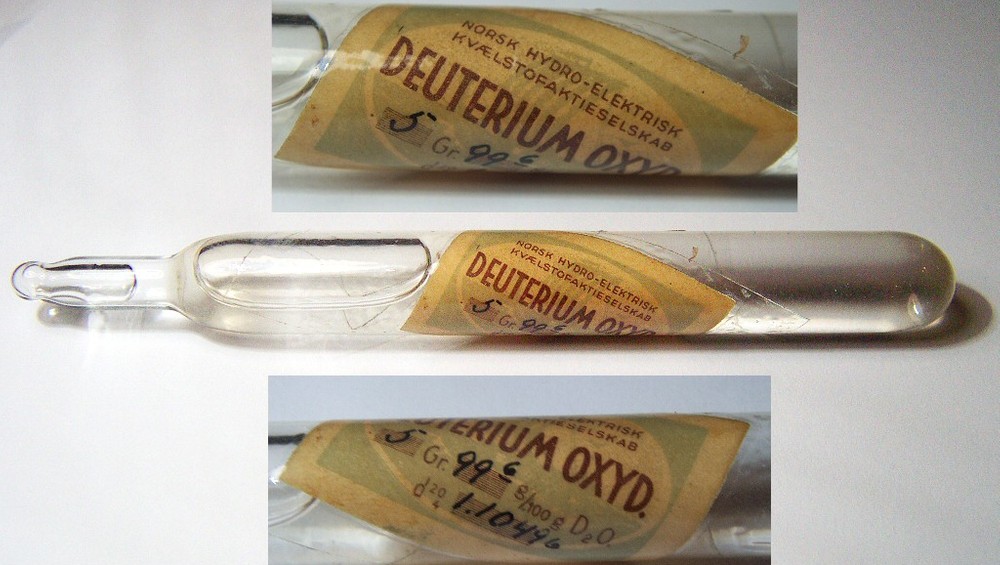 … the assassination of Peringue, the French heavy-water specialist who went over to the Communists through Berlin, added, thanks to the importance of his knowledge and the fact that we got him before he had talked, one billion francs from the Deuxième Bureau.

Mathis admits now that Goltz, that French heavy-water scientist who went over last year, was assassinated by them, for big money, for big money, as a result of an offer he got out of the blue.

Interesting passages here in Thunderball, about 20 pages apart. Are we to believe that S.P.E.C.T.R.E. assassinated two French heavy water specialists/scientists who had defected to the communists for Mathis, or are they the same person, and Fleming just got the name mixed up?

What even is a heavy-water specialist? What is Heavy Water? From PBS.org:

To Norwegian Resistance fighters during World War II, heavy water was a mysterious substance considered so perilous that they were willing, under orders from the Special Operations Executive in London, to sacrifice the lives of their countrymen in order to keep it out of Nazi hands.

Heavy Water also called deuterium oxide, is used in some nuclear reactors to slow down the pace of neutrons as they split, allowing for a more consistent flow of energy.

As this page shows, (under Heavy Water in Europe) French scientists in the 1940s were front and center with the research into heavy water and its uses and also had to take steps to keep their research out of German hands. Nothing is said about any of them attempting to defect to the communists.

in 2016 there was a Norwegian limited run series called The Heavy Water War, which recounts “one of the most compelling stories of World War II: British intelligence and the Norwegian military’s heroic struggle to thwart Nazi Germany’s atomic bomb ambitions by sabotaging the heavy water plant in Rjukan, Norway.”