In The Man With The Golden Gun, when James Bond is introduced to the hoods at the Thunderbird Hotel, drinks are being served.

The red-coated barman asked him what he would have and he said, ‘Some pink gin. Plenty of bitters. Beefeater’s.’ There was desultory talk about the relative merits of gins. Everyone else seemed to be drinking champagne except Mr Hendriks, who stood away from the group and nursed a Schweppes Bitter Lemon.

Pink Gin is a cocktail – one of the foundational beverages of the British Empire. It is, as Bond notes, gin with bitters. Some put the bitters directly into the gin, others put the bitters into the glass, swirl it around, dump them out and add the gin.

Meant to be served without ice. 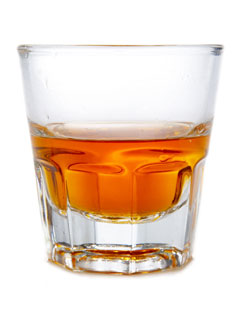 The Schweppes Bitter Lemon being consumed by Hendriks is a non-alcoholic soft drink. It is a flavored tonic water which has never been hugely popular in the United States, but was and is in Europe. 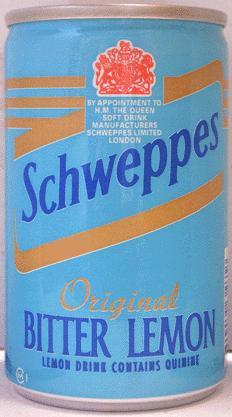