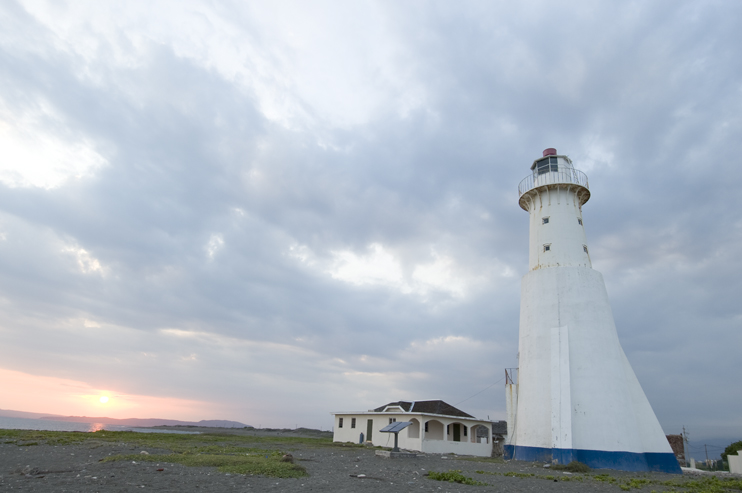 The other side of the mountains was in deep violet shadow. Lights were already twinkling in the foothills and spangling the streets of Kingston, but, beyond, the far arm of the harbour and the airport were still touched with the sun against which the Port Royal lighthouse blinked ineffectually. Now the Constellation was getting its nose down into a wide sweep beyond the harbour. There was a slight thump as the tricycle landing gear extended under the aircraft and locked into position, and a shrill hydraulic whine as the brake flaps slid out of the trailing edge of the wings. Slowly the great aircraft turned in again towards the land and for a moment the setting sun poured gold into the cabin. Then, the plane had dipped below the level of the Blue Mountains and was skimming down towards the single north-south runway. There was a glimpse of a road and telephone wires. Then the concrete, scarred with black skid-marks, was under the belly of the plane and there was the soft double thump of a perfect landing and the roar of reversing props as they taxied in towards the low white airport buildings.

The Plum Point lighthouse in Port Royal was built in 1853. Made of stone and cast iron, the 69-foot tall two-stage structure flashes every nine seconds, alternating between red and white. It sits adjacent to the end of the Norman Manley International Airport, (the Palisadoes Airport in Bond’s time) as can be seen here: 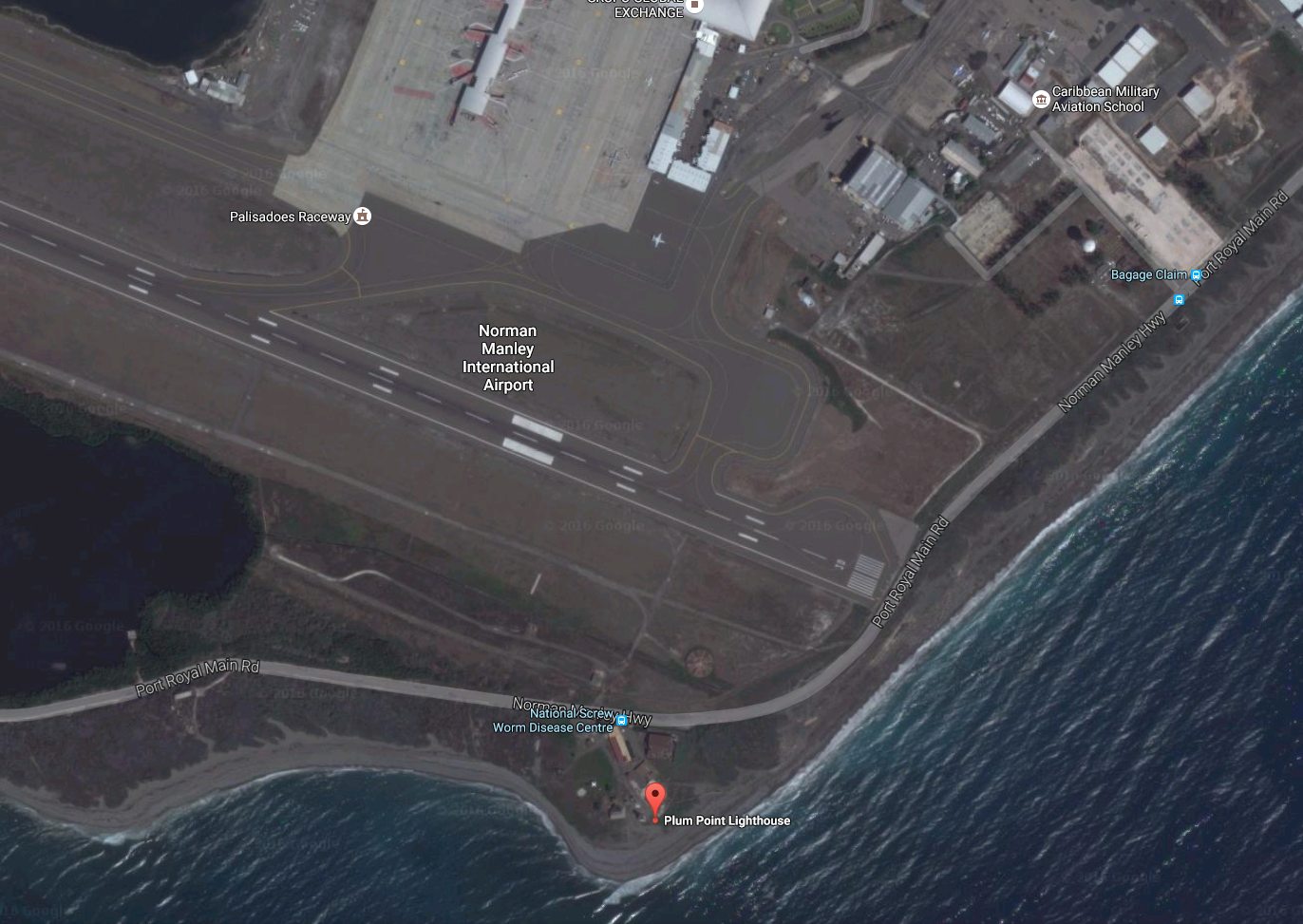 The light on the tower has reportedly only gone out once, during a 1907 earthquake. A year earlier, in 1906, the cruiseliner Prinzessin Victoria Luise (the first purpose-built cruise ship) ran aground near the lighthouse and was wrecked. 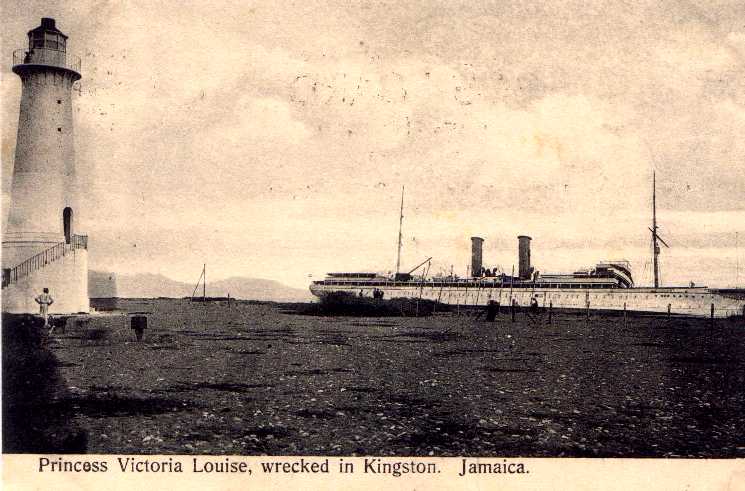 Here is a look at the Harbor, and you’ll note that the lighthouse is not in the town of Port Royal proper, but is near the airport. This could a view similar to what Fleming described, with the “far arm of the harbour and the airport.” 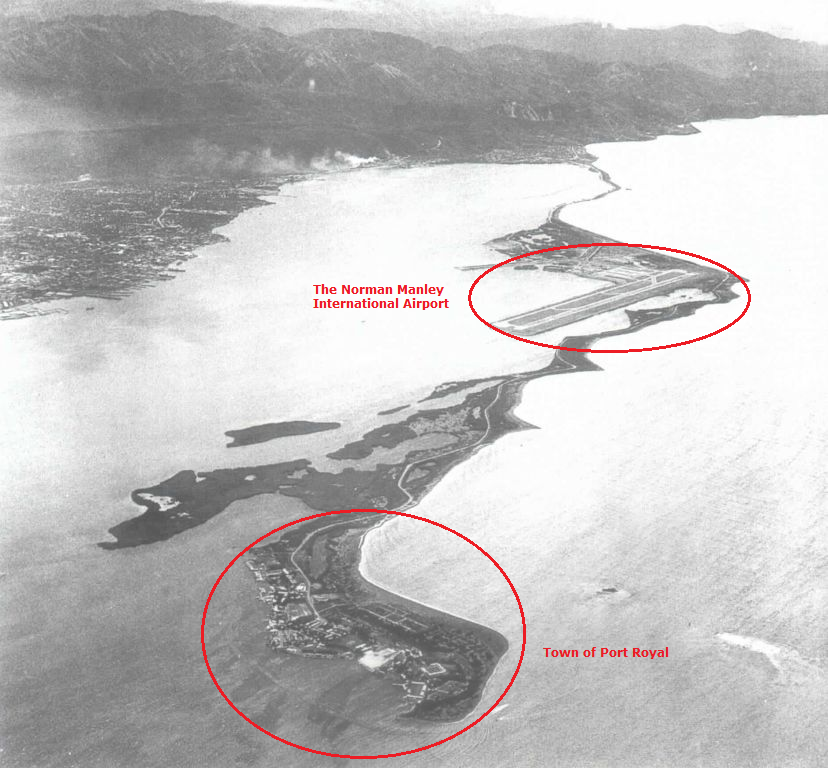