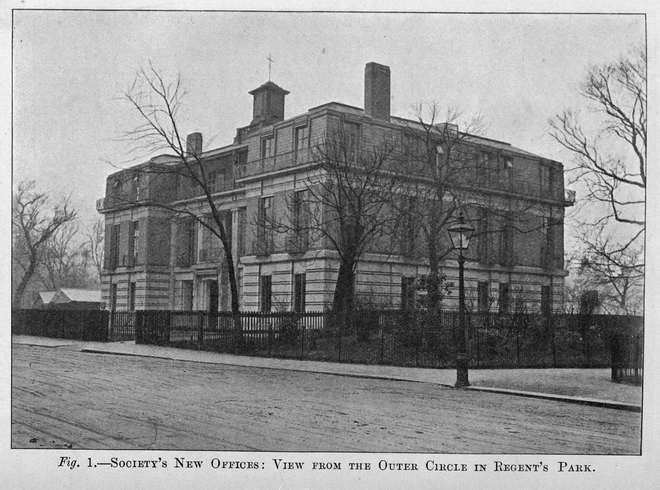 Founded in 1826, the Zoological Society of London (ZSL) is a non-profit organization dedicated to the conservation of animals and their habitats. In 1829, King George IV gave the society a Royal Charter.

James Bond uses the ZSL as part of his cover story in Dr No, when he and Honey Rider arrive in the reception area of the Dr’s headquarters on Crab Key. Bond lists his next-of-kin as M (using his real name), describing him as his Uncle, and giving his address as Managing Director, Universal Export, Regent’s Park, London.

Thus, the Regent’s Park location of the Zoological Society and the London zoo, is conveniently located near Bond’s office in the secret service building in Regent’s park.