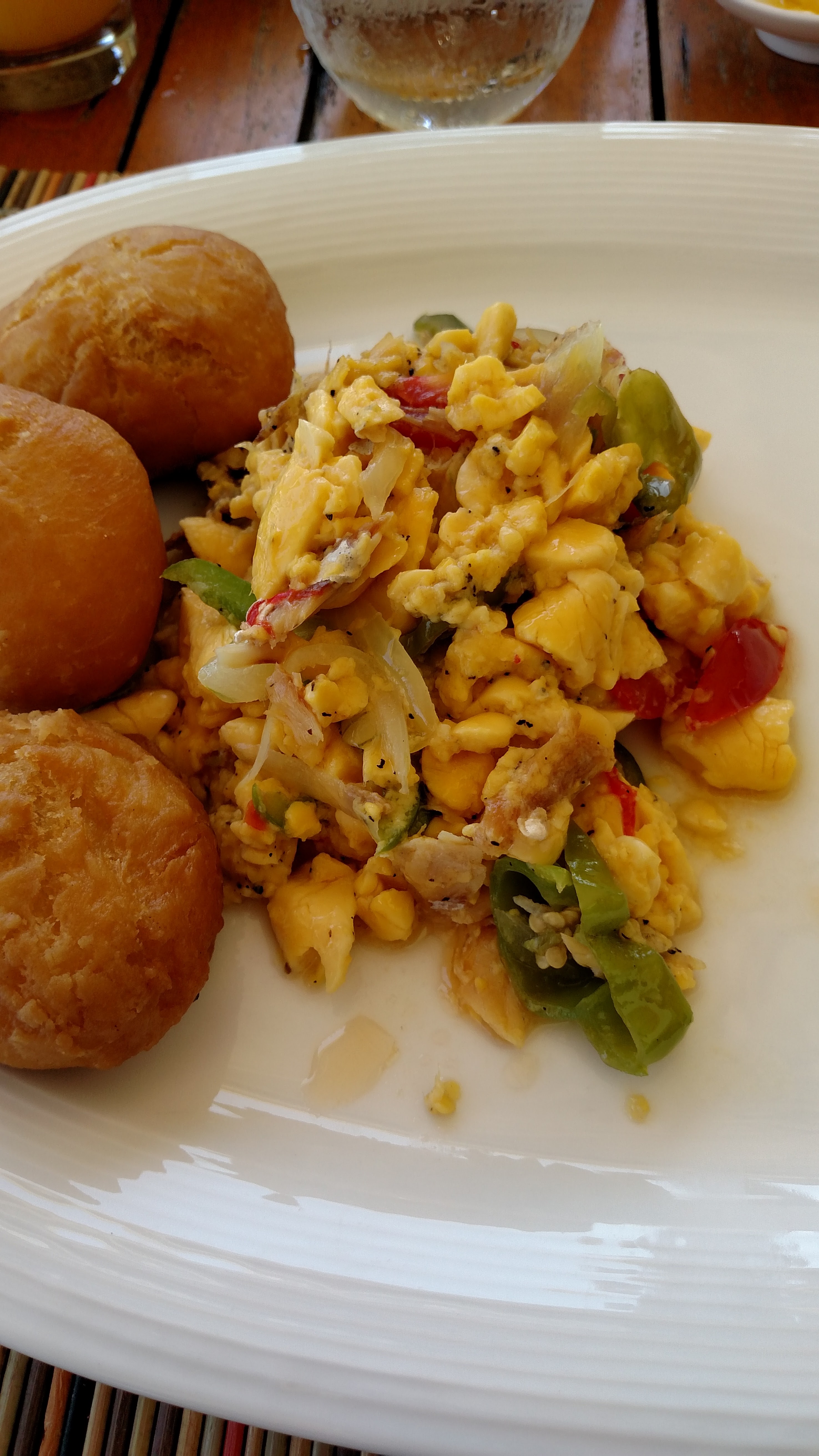 In Dr. No, in the morning following their night at The Joy Boat, James Bond and Quarrel reconvene at Bond’s hotel, the Blue Hills.

The Ackee fruit was originally native to West Africa, and was introduced to Jamaica where it has become the national fruit of the country. The fruit grows on evergreen trees, in pods which ripen from green to red, and then split open when completely ripe. Even then, care must be taken to separate the yellow aril from the black seeds. 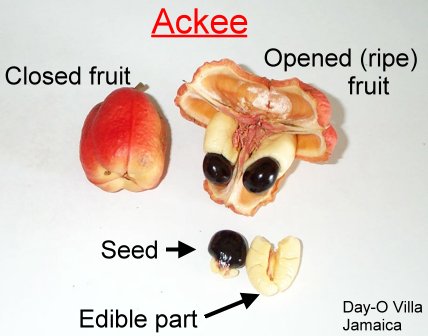 The Salt Fish and Ackee dish is a common breakfast meal, as the edible part of the Ackee fruit when cooked, has the texture and even the taste, of scrambled eggs.

In addition to the Salt fish, onion and various colorful peppers are usually a part of the dish.

During my trip to Goldeneye, I was sure to eat Salt fish and Ackee each morning for breakfast.

It is traditionally served with those fried dumplings, which complement the dish very well.

I did not have the “tot of rum” with breakfast, however. Instead I stuck with the Jamaican Blue Mountain coffee.

One thought on “Salt Fish and Ackee”