After the events in New York City in Diamonds Are Forever, James Bond and Felix Leiter head up to the city of Saratoga. Bond is headed there to receive a payoff, while Leiter is investigating some shady racing practices.

Saratoga Race Course has been racing thoroughbreds since 1863, so when Bond and Leiter showed up on the scene, it had already been around for 90 years or so. The morning after their arrival, they head over to the track at dawn, to catch a look at Shy Smile.

That afternoon, Bond familiarizes himself with the track and betting process, then downing a few Bourbons and Branch Water with his dinner outside the sales ring.

The next day is Bond’s race – The Perpetuities Stakes. Bond settles in to watch his horse, never making the bet which he knows will now fail, thanks to Leiter. 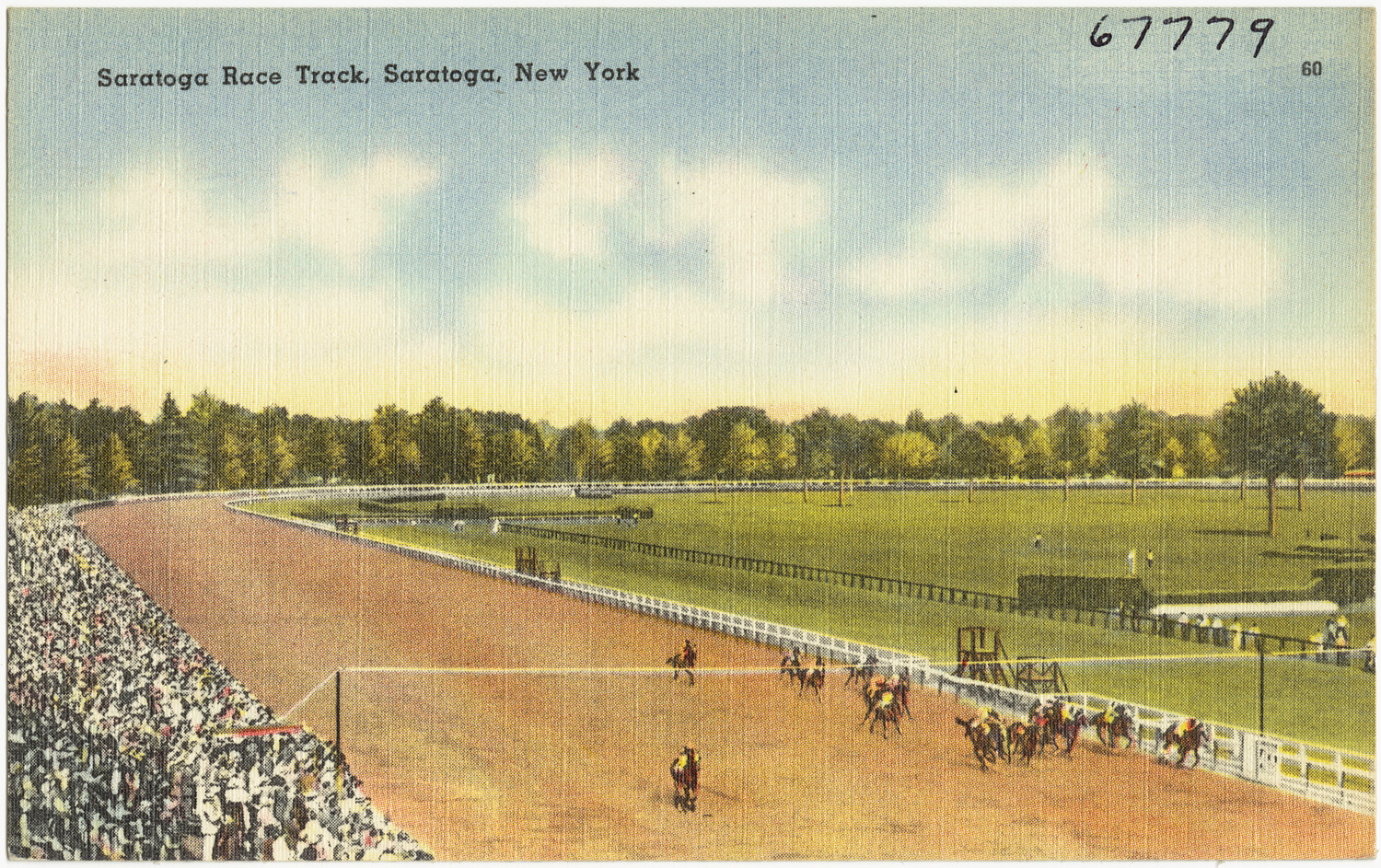 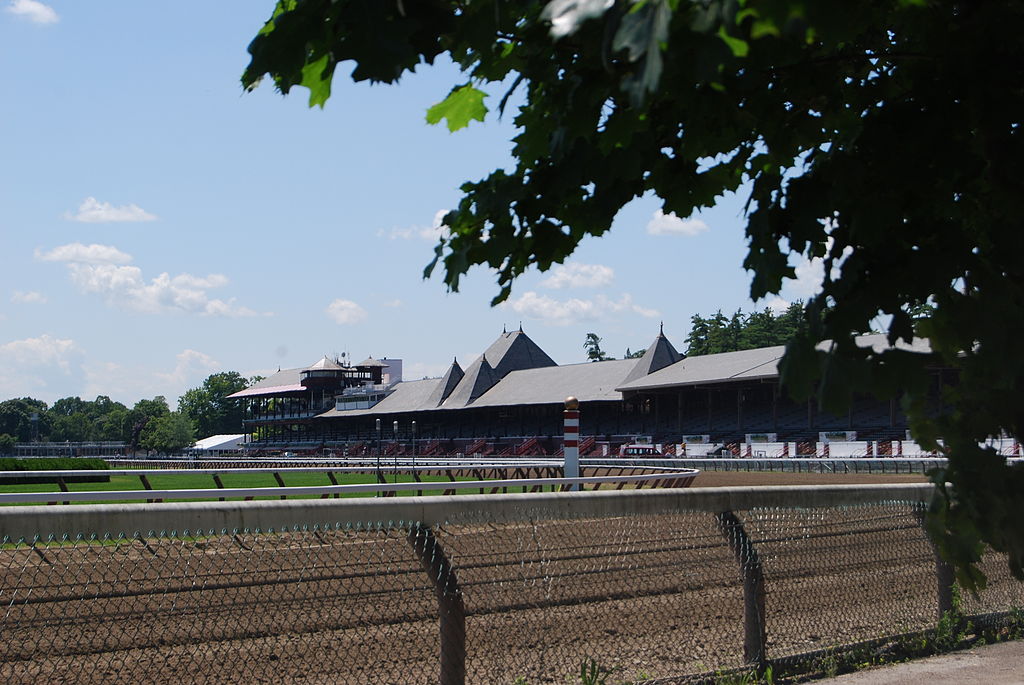 Bond has agreed with Leiter to give the payoff to the jockey of Shy Smile for ditching the race. For this, he has to head to a most un-Bond-like place, the Acme Mud and Sulphur Baths. Reading Bond’s pure disgust for the place gives you the shivers he experienced:

Outside the bus the smell of sulphur hit Bond with sickening force. It was a horrible smell, from somewhere down in the stomach of the world. Bond moved away from the entrance and sat down on a rough bench under a group of dead-looking firs. He sat there for a few minutes to steel himself for what was going to happen to him through the screen doors and to shake off his sense of oppression and disgust. It was partly, he decided, the reaction of a healthy body to the contact with disease, and it was partly the tall grim Belsen chimney with its plume of innocent smoke. But most of all it was the prospect of going in through those doors, buying the ticket, and then stripping his clean body and giving it over to the nameless things they did in this grisly ramshackle establishment. 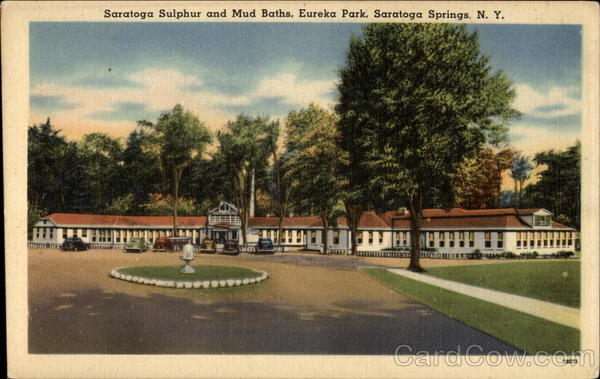 Bond went through the entire experience, getting and seeing a bit more than he wanted. 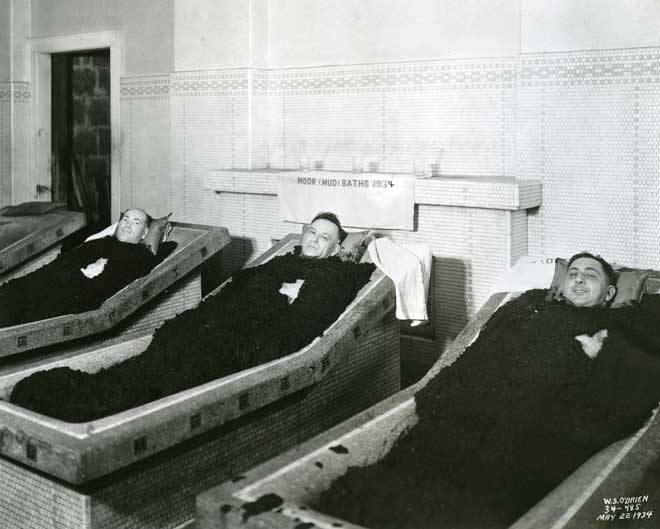 The above picture is from a different establishment, but it gives you idea of what Bond experienced in the bath. This one is even nicer than the experience Fleming describes for Bond. He describes the beds as “coffins” in the novel.

After meeting Felix back at the Sagamore Motel, they go to dinner at “the ‘Pavilion’ , the only smart restaurant in Saratoga.” Whether this is a reference to what is now the Pavilion Grand Hotel, which has been some business in some shape or form since the 1800’s, I’m not sure.

After dinner, Bond and Leiter talk about their next stop – Las Vegas.