In Moonraker, as James Bond is preparing for his evening at Blades with M, which promises a showdown at the card table with Sir Hugo Drax, he goes to his bookshelf in his flat and pulls out a copy of Scarne on Cards

. This is a real book, originally put out by John Scarne around 1949. 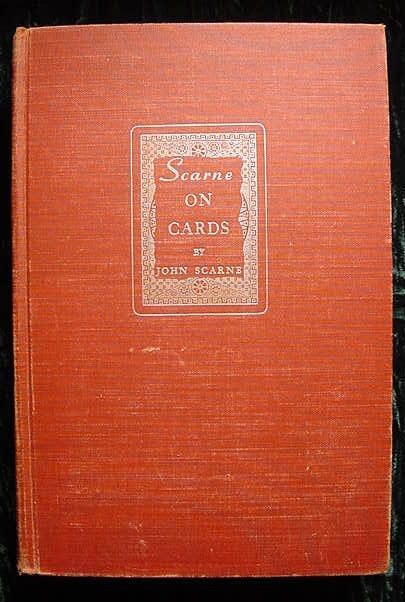 You can still purchase the book, which remains in high esteem among card players.

A few pages earlier in Moonraker, Bond referenced his card-sharp mentor, Steffi Esposito, who had trained Bond for a pre-war job against a group of Roumanians in Monte Carlo. Bond says of Esposito that “He could shuffle the pack once and then cut the four aces out of it. Absolute magic.”

This was a trick that Scarne himself was well-known for.

In Diamonds Are Forever, when Bond is receiving his payoff at the Tiara, Tiffany Case “executed what appeared to be a faultless Scarne shuffle.”

Here’s a great vintage video of Scarne and his craft: