In On Her Majesty’s Secret Service, when James Bond is planning his escape from Piz Gloria, he requests a flask of schnapps under the guise of not being able to sleep at night. He explains that he always has a nightcap at home, usually whisky, but here he says “When in Gloria, do as the Glorians do!” Skiers have been known to consume schnapps to keep warm.

He receives the flat glass flask of schnapps and puts it into his side pocket as he makes his escape. Part way down, after nearly being buried by a deliberate avalanche, Bond “tilted the little flask down his throat, emptied it, and threw the bottle away.”

We’re given one more specific about the drink: “He got to his feet, and rather light-headed but with the wonderful glow of the Enzian in his stomach…” 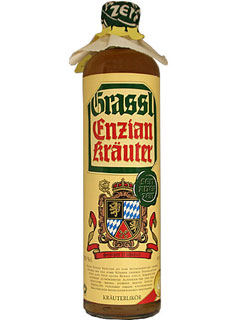 This helps us understand the drink that Bond actually consumes here. For some reason, I had been under the assumption that Bond consumed peppermint schnapps. When I read some about what schnapps are in Europe, it was a little surprising to me.

It is here that Fischer gave us an explanation of what schnapps really is. In Europe, more specifically in the German speaking countries such as Germany, Austria and Switzerland; alcohol that is made from fermented fruits by the distillation process is called schnapps. These pure fruit brandies are usually made out of apples, pears, plums, and cherries, though in Austria, apricots and even raspberries are used as well.

So it’s form of Brandy. Bond has Brandy several other times in OHMSS. But that one word Enzian gives us the specific type, it is from the root of the Alpine gentian flower. The drink is also known as Gentian.

Later in the book, when Bond is to talk with Marc-Ange about marrying Tracy, Bond, “after careful consideration, decided that schnapps would go with his beer, and ordered a double Steinhäger.”

Steinhäger is a German gin, made only in Steinhagen. The fruit which makes it a schnapps is the Juniper Berries. 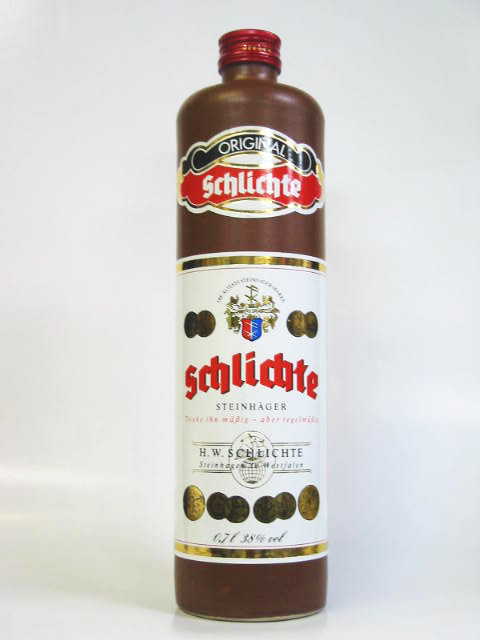