If you’ve read the James Bond books, you know that while Bond dresses rather simply, he is, like in many areas, very specific about what he likes and uses for himself.

One item that James Bond is known for is his preference for Sea Island cotton shirts and shorts.

Most passages read something like this one in Moonraker:

He had shaved, gargled with a sharp mouth-wash, and now, in a battered black and white dogtooth suit, dark blue Sea Island cotton shirt and black silk knitted tie, he was walking softly, but not surreptitiously, along the corridor to the head of the stairs, the, square leather case in his left hand.

Other books where Sea Island cotton is mentioned are Diamonds Are Forever, Dr No, The Man With The Golden Gun (underpants) and From Russia With Love.

Sea Island is not a brand, but rather a specific type of cotton. The Gossypium barbadense produces a longer “staple” of cotton, and also has a more silky feel to it, making it extremely comfortable. Think about taking your Egyptian cotton sheets and making a shirt out of them – that’s what it would be like.

The species is grown on tropical American islands and through the Caribbean, Ian Fleming would’ve certainly been familiar with it, and was obviously a fan of the fabric.

Here is a 1951 Hathaway Shirts ad for a Sea Island shirt. At the time Hathaway was the best-selling shirt on the market, so these certainly could’ve been what James Bond was wearing. 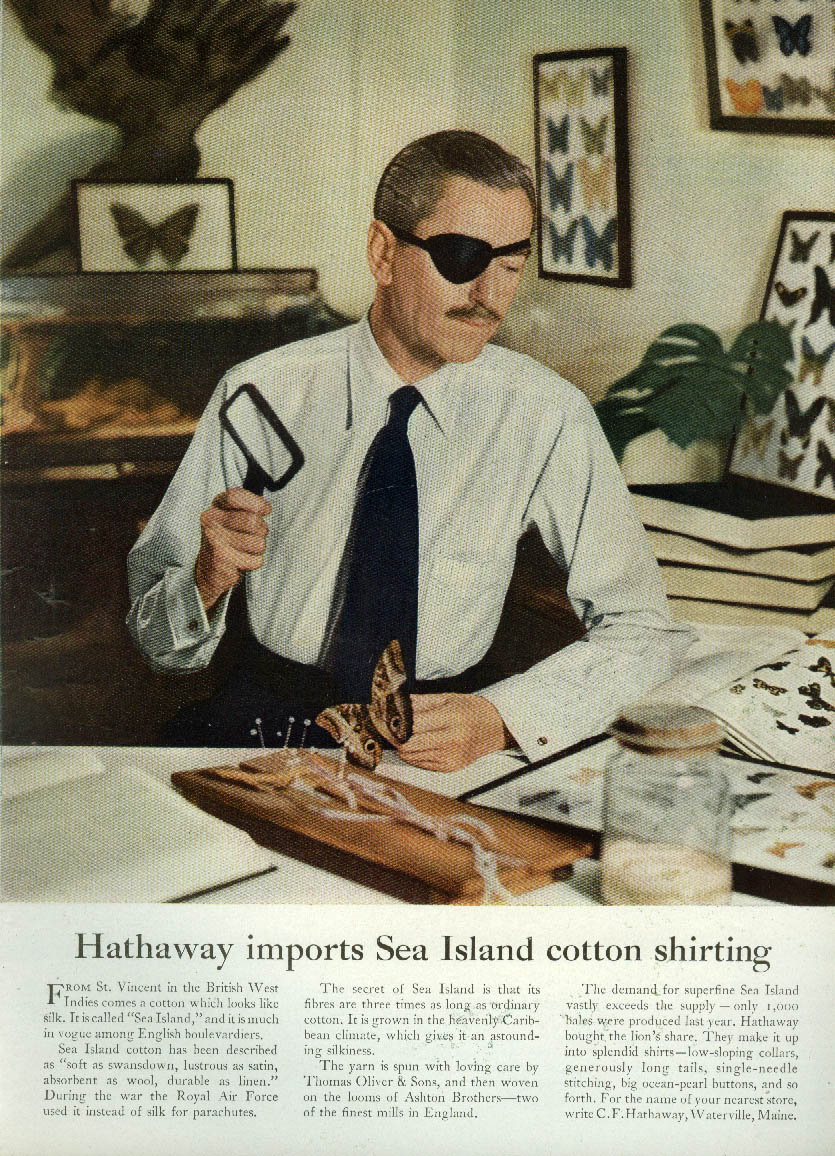 FYI – This was part of an entire series of ads starring the gentleman with the eye patch, and was the inspiration for the “Most Interesting Man in the World” beer commercials.