Following their dinner at the Veranda(h) grill James Bond and Tiffany Case head out for a little entertainment.

They got into the lift for the Promenade Deck. “And now what, James?” said Tiffany. “I’d like some more coffee, and a Stinger made with white Crème de Menthe, while we listen to the Auction Pool. I’ve heard so much about it and we might make a fortune.”

“All right,” said Bond. “Anything you say.” He held her arm close to him as they sauntered through the big lounge where Bingo was still being played and through the waiting ballroom where the musicians were trying out a few chords. “But don’t make me buy a number. It’s a pure gamble and five per cent goes to charity. Nearly as bad as Las Vegas odds. But it’s fun if there’s a good auctioneer, and they tell me there’s plenty of money on board this trip.”

The smoking-room was almost empty and they chose a small table away from the platform where the Chief Steward was laying out the auctioneer’s paraphernalia, the box for the numbered slips, the hammer, the carafe of water.

Their path takes them through two other rooms as noted in the passage above. First the big lounge: 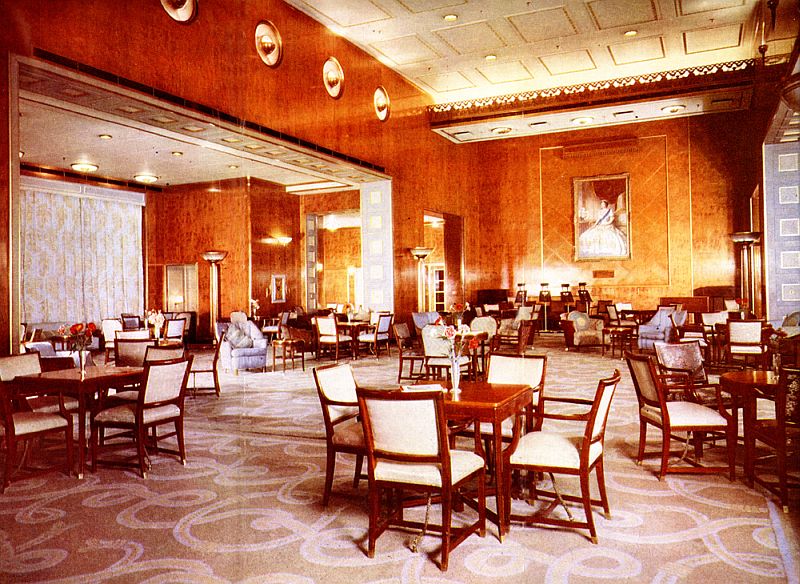 and then through the ballroom: 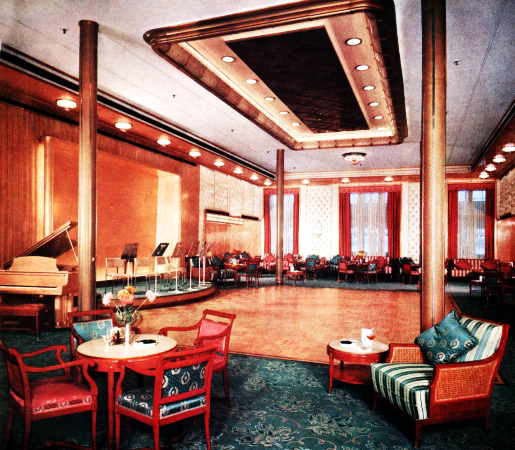 before arriving in the main first class smoking room.

A look at the deck plan below shows that once again, Fleming got the details right.

At the far right you can see the lifts, then they would’ve moved to the left in the diagram, going through the main lounge, then the ballroom, and finally into the smoke room, where the auction was being set up.

The auction pool scene, where they sell off numbers based on the Captain’s estimate of how far the ship will travel in the next 24 hours is really a fascinating bit of storytelling.

You have to wonder if Fleming was inspired by his friend Roald Dahl, who, in the January 19th, 1952 edition of The New Yorker, had published the short story  Dip In The Pool. That story also involves an auction pool aboard a cruiseliner and a passenger betting on the “low” field and hoping to maneuver events to win the prize. The New Yorker was apparently a regular read for Fleming. He also got information on The Inspectoscope from the magazine.

The story also became an Alfred Hitchcock Presents episode, and if you watch it, the room in which that auction is held looks very much like this shot here of the Queen Elizabeth main smoking room. 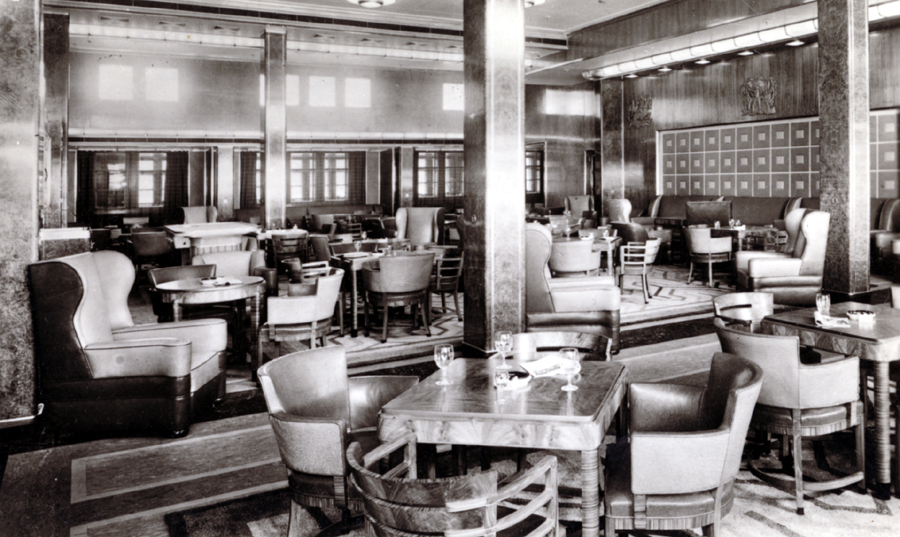 Note the square pattern on the wall to the right and you’ll see the same thing in the AHP episode. The story could’ve been set on the RMS Queen Elizabeth.

Once again, I want to give credit for the awesome interior photos of the Queen Elizabeth to the rmsqueenelizabeth.com website. Worth a visit!