While at the station in Trieste, James Bond spots a man on the platform who stands out to him.

It crossed Bond’s mind that he was an Englishman. Perhaps it was the familiar shape of the dark green Kangol cap, or the beige, rather well-used mackintosh, that badge of the English tourist, or it may have been the grey-flannelled legs, or the scuffed brown shoes. But Bond’s eyes were drawn to him, as if it was someone he knew, as the man approached up the platform.

The man was carrying a battered Revelation suitcase and, under the other arm, a thick book and some newspapers.

As you can see from the description, the man may well have been running across the station carrying a “I’M AN ENGLISHMAN” sign. (which, as we find out later, is rather the point.)

Bond approaches him, and after an exchange of recognition signals, the man identifies himself as Captain Norman Nash, and that he’s been sent by M to assist Bond.

Let’s look at a few of the details which allowed Bond to so easily spot this man. First, the Kangol cap. In the 1920’s, Jacques Spreiregen began making beret hats, naming his company KANGOL in 1938. (The most widely believed theory is that the founder combined the K from knitting, the ANG from angora, and the OL from wool.)

During WWII, Kangol provided berets for the British army, and by 1954 had a virtual monopoly on the market. 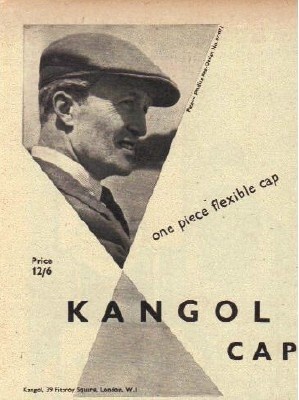 The Mackintosh, “the badge of the English tourist” is of course the waterproof raincoat. A genuine Mackintosh would be made from rubberized or rubber laminated material, but the term has also become a reference to any raincoat. 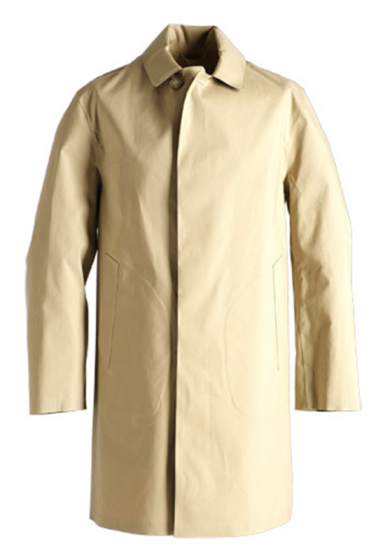 Grey-Flannelled trousers and scuffed brown shoes complete the very-English wardrobe. The Revelation suitcase may have looked something like this. 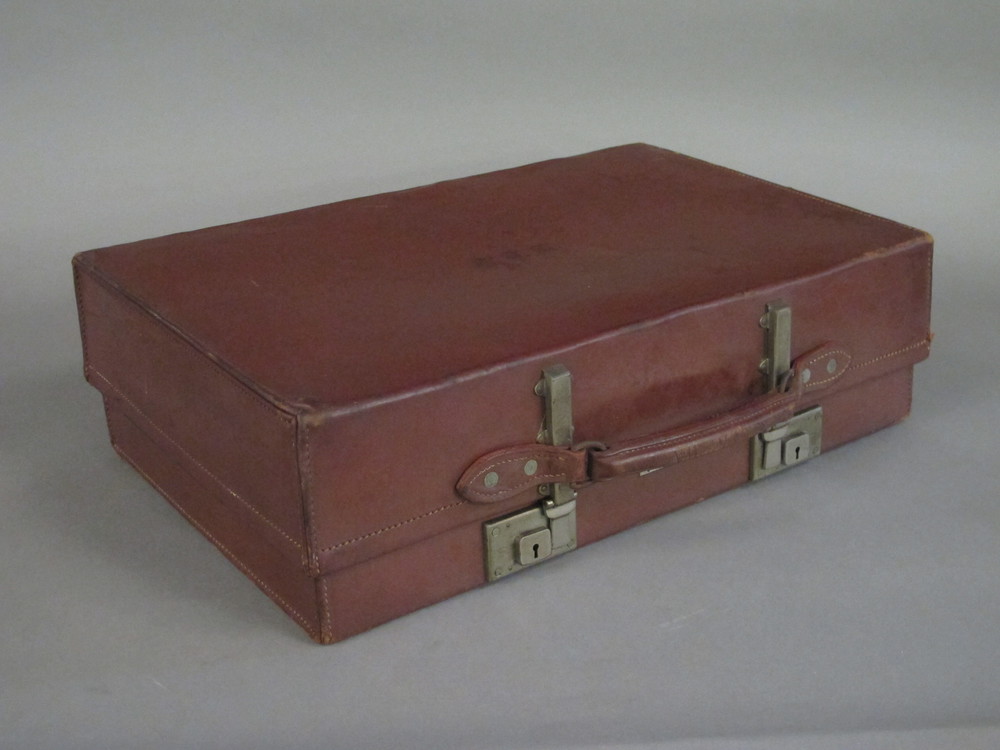 After the recognition code, Nash sheds his coat, revealing underneath:

He was wearing an old reddish-brown tweed coat with his flannel trousers, a pale yellow Viyella summer shirt and the dark blue and red zig-zagged tie of the Royal Engineers. It was tied with a Windsor knot.

Viyella is a U.K. clothing manufacturer with history dating back to 1784.

The distinctive tie of the Royal Engineers (tied with a Windsor knot, which Bond distrusts) completes the outfit.

While this man certainly has all the appearance of a Englishman, Bond senses something amiss, but fails to take action. Captain Norman Nash soon reveals his true identity…