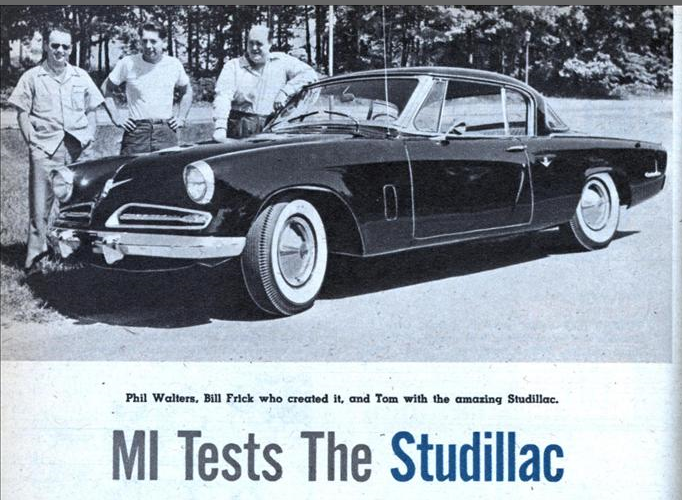 In Diamonds Are Forever, Felix Leter picks up James Bond outside the Plaza – near the horse-cabs – in what Bond believes is a black Studebaker convertible. After Leiter gives Bond a demonstration of the abilities of the vehicle, Bond is impressed.

“Well I’ll be damned,” said Bond incredulously. “But what sort of a car is this anyway? Isn’t it a Studebaker?”

“Studillac,” said Leiter. “Studebaker with a Cadillac engine. Special transmission and brakes and rear axle. Conversion job. A small firm near New York turns them out. Only a few, but they’re a damn sight better sports car than those Corvettes and Thunderbirds. And you couldn’t have anything better than this body. Designed by that Frenchman, Raymond Loewy. Best designer in the world. But it’s a bit too advanced for the American market. Studebaker’s never got enough credit for this body. Too unconventional. Like the car? Bet I could give your old Bentley a licking.”

Growing up, I had assumed the Studillac was a Fleming creation – something that perhaps existed, but not in any real volume. My dad had put a Chevy 350 engine into a Pontiac Grand La Mans, so I knew that this type of thing was possible, but not on the scale of the Studillac, which was a small sensation back at the time of this book.

Taking advantage of the gorgeous design of the Studebaker body, which as mentioned was designed by Raymond Loewy – “The Father of Industrial Design” – the Studillac built on that with the addition of the V8 210-250 HP Cadillac engine which gave it the performance that Bond witnessed.

The small firm that turned these out was Bill Frick Motors: 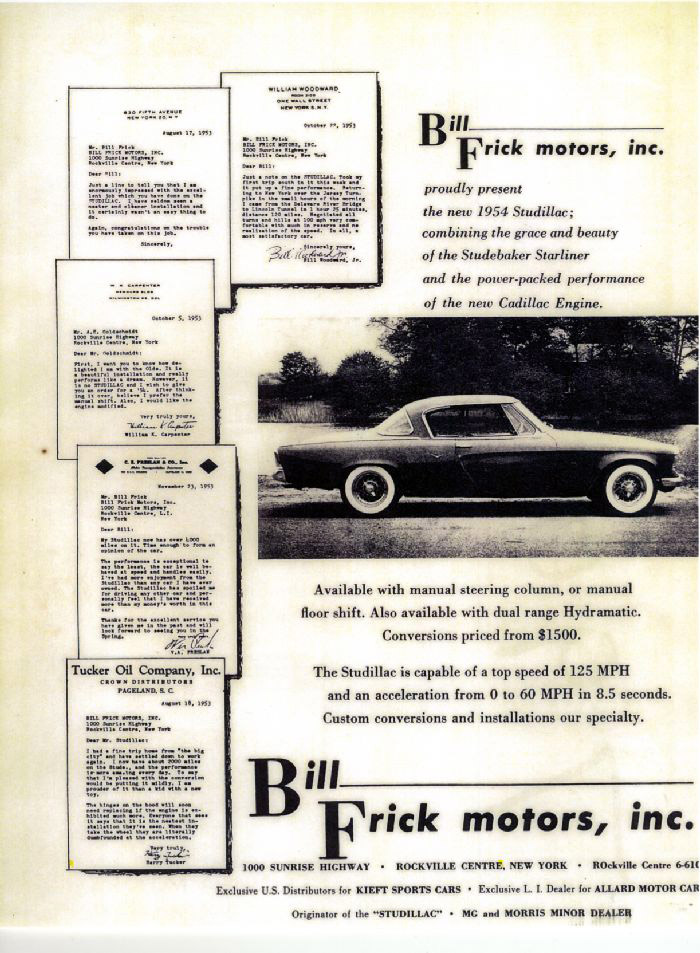 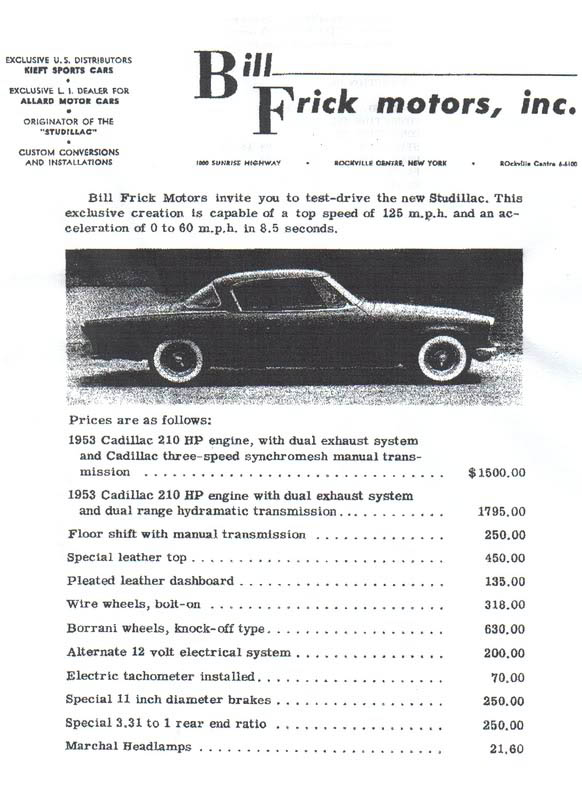 The car was reviewed in a number of automobile publications, including Mechanix Illustrated and Popular Science: 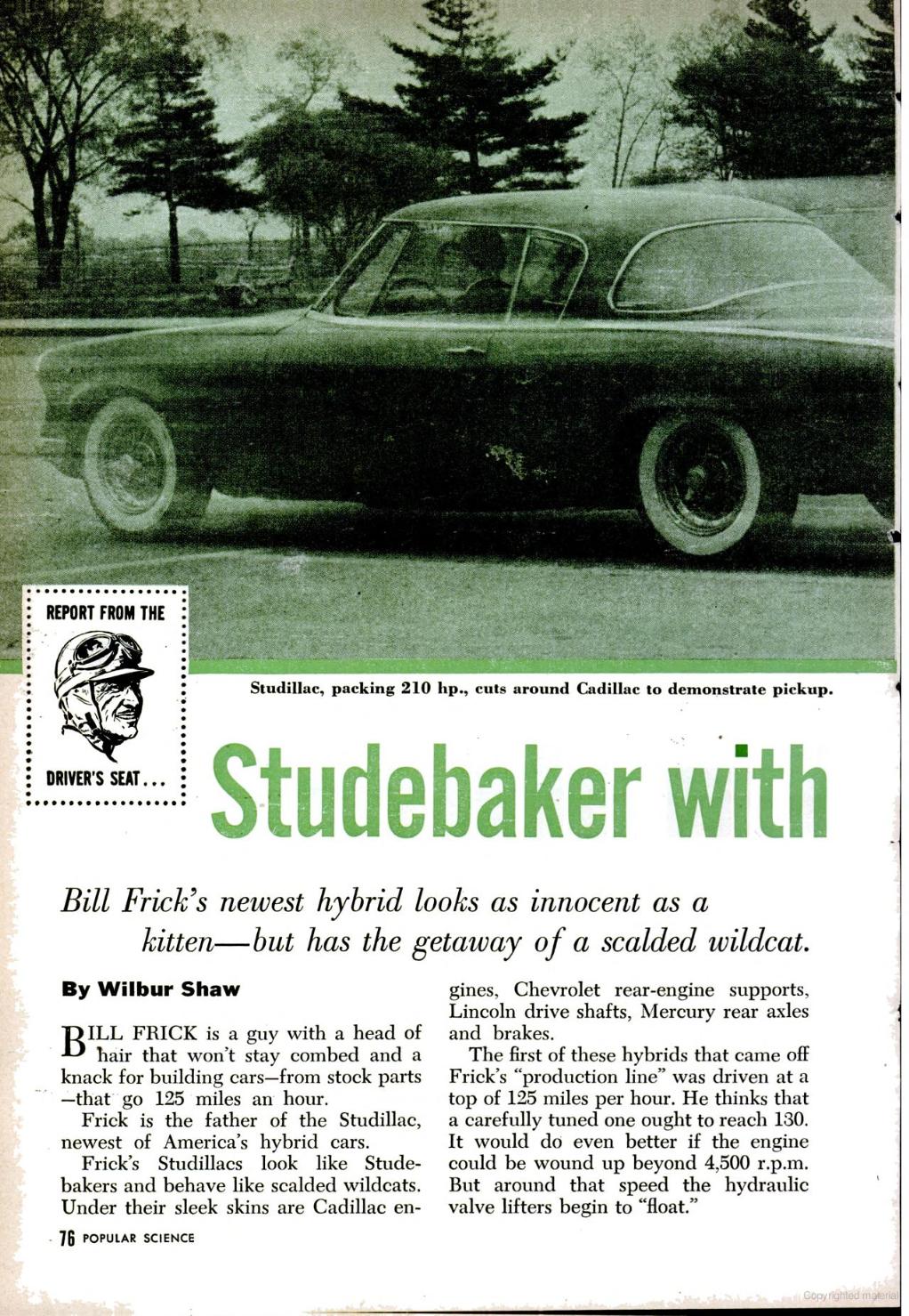 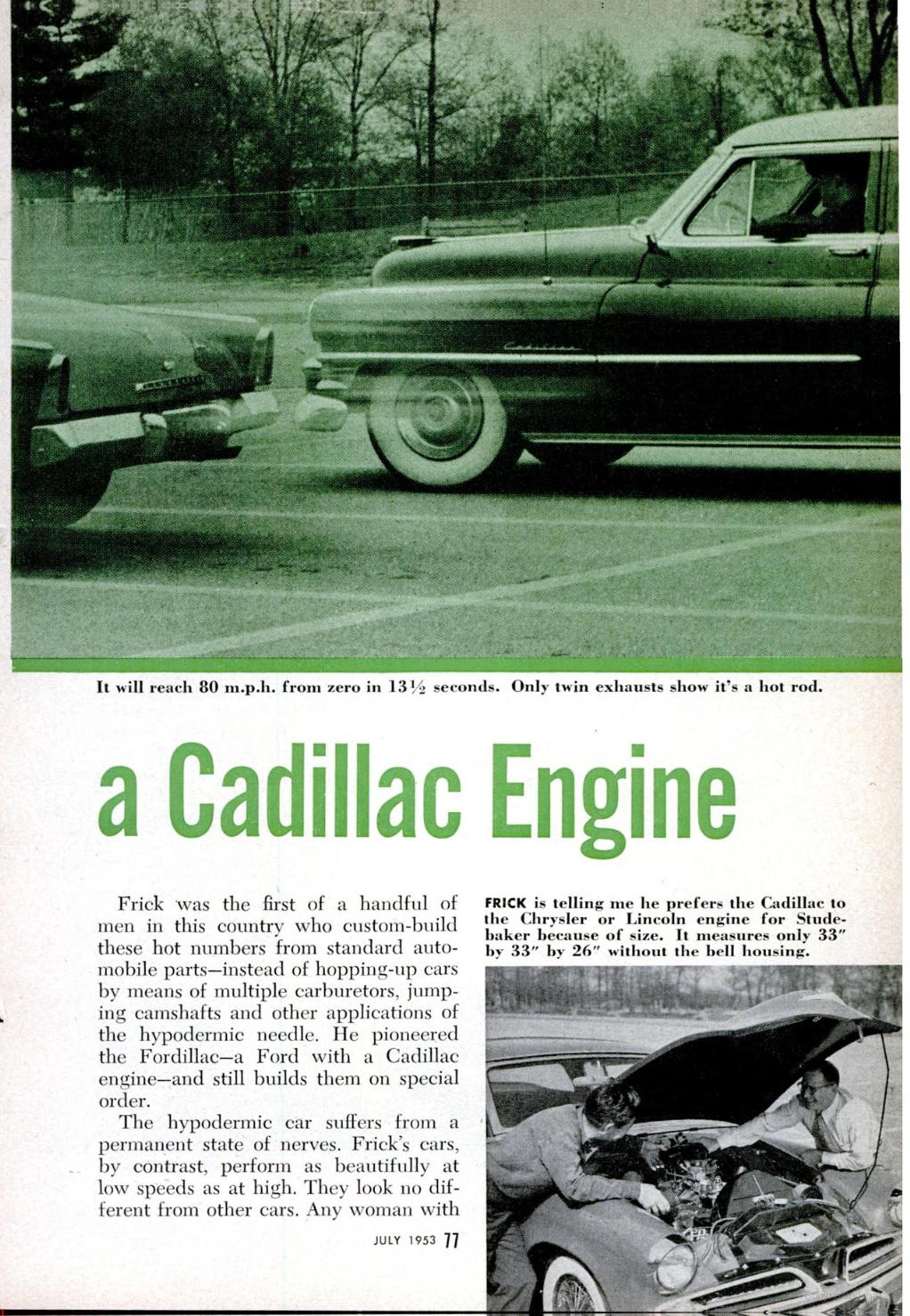 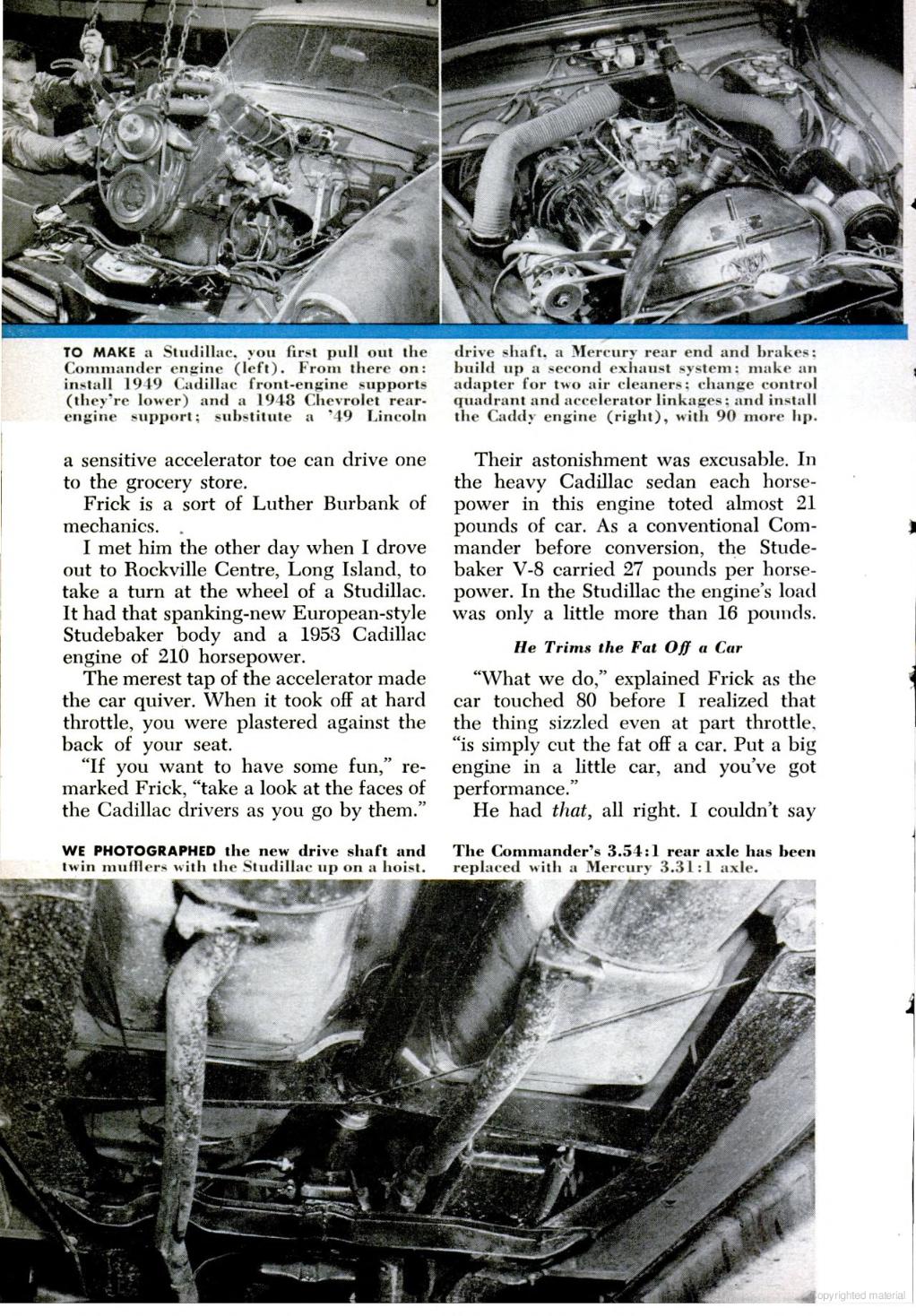 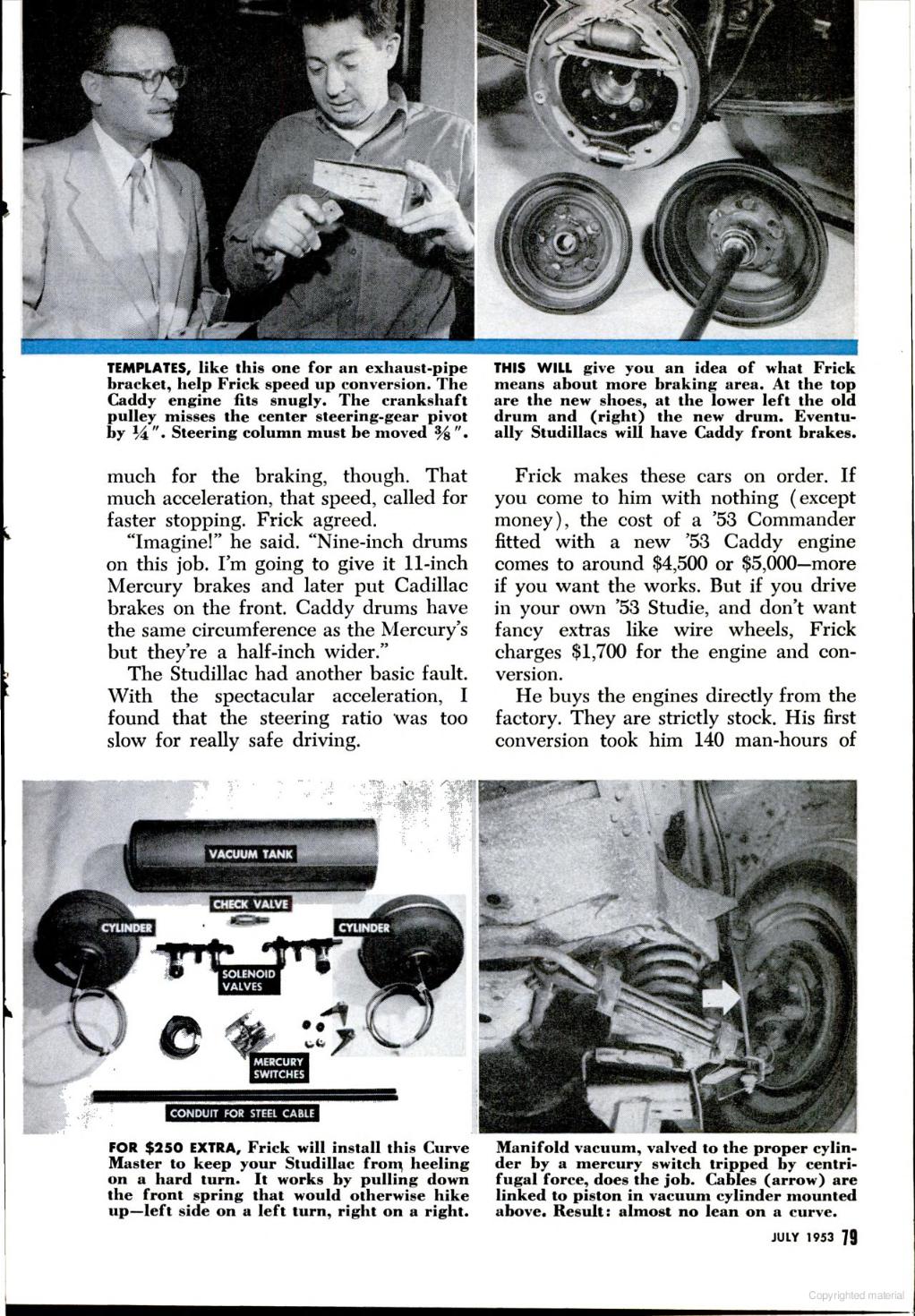 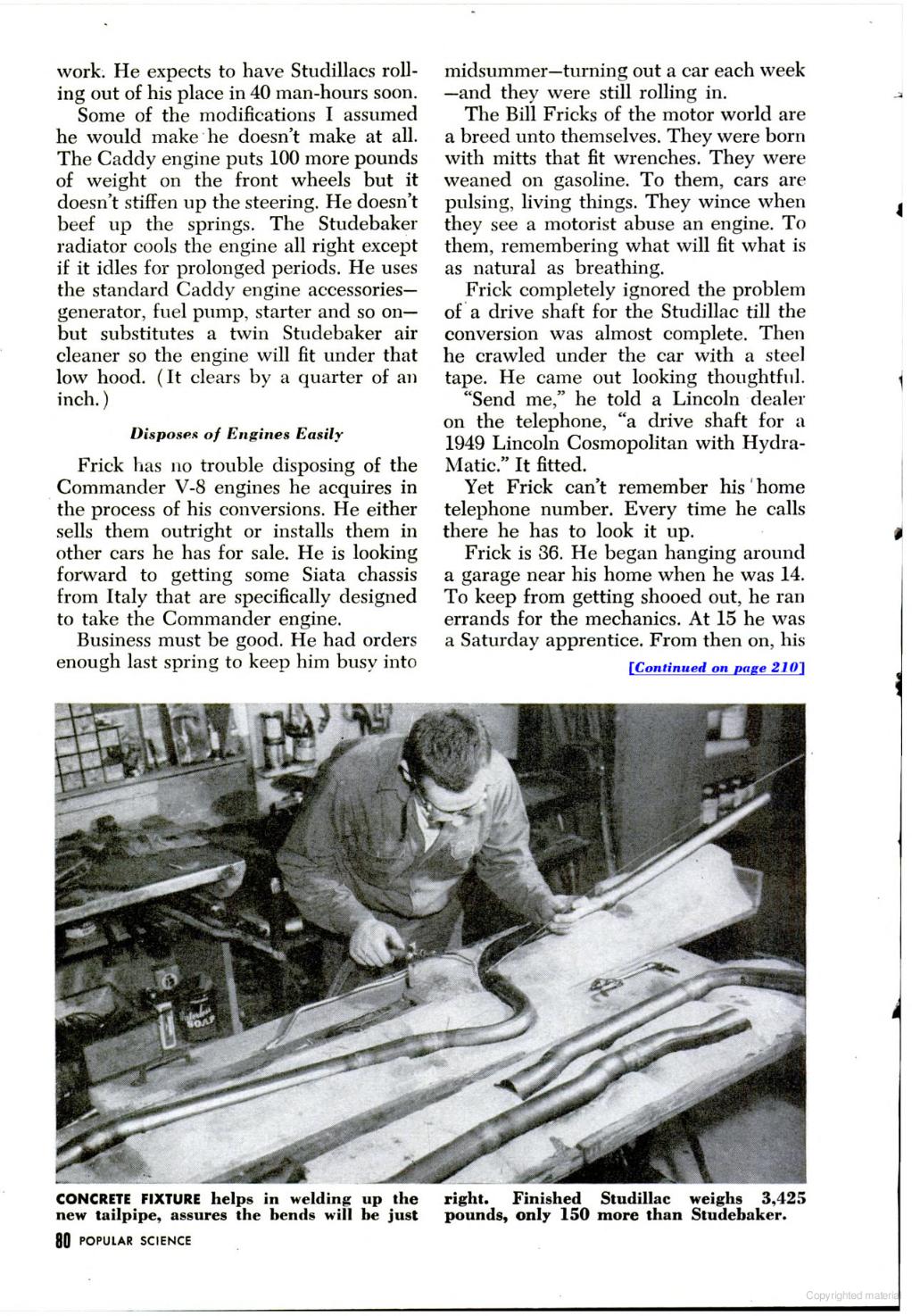 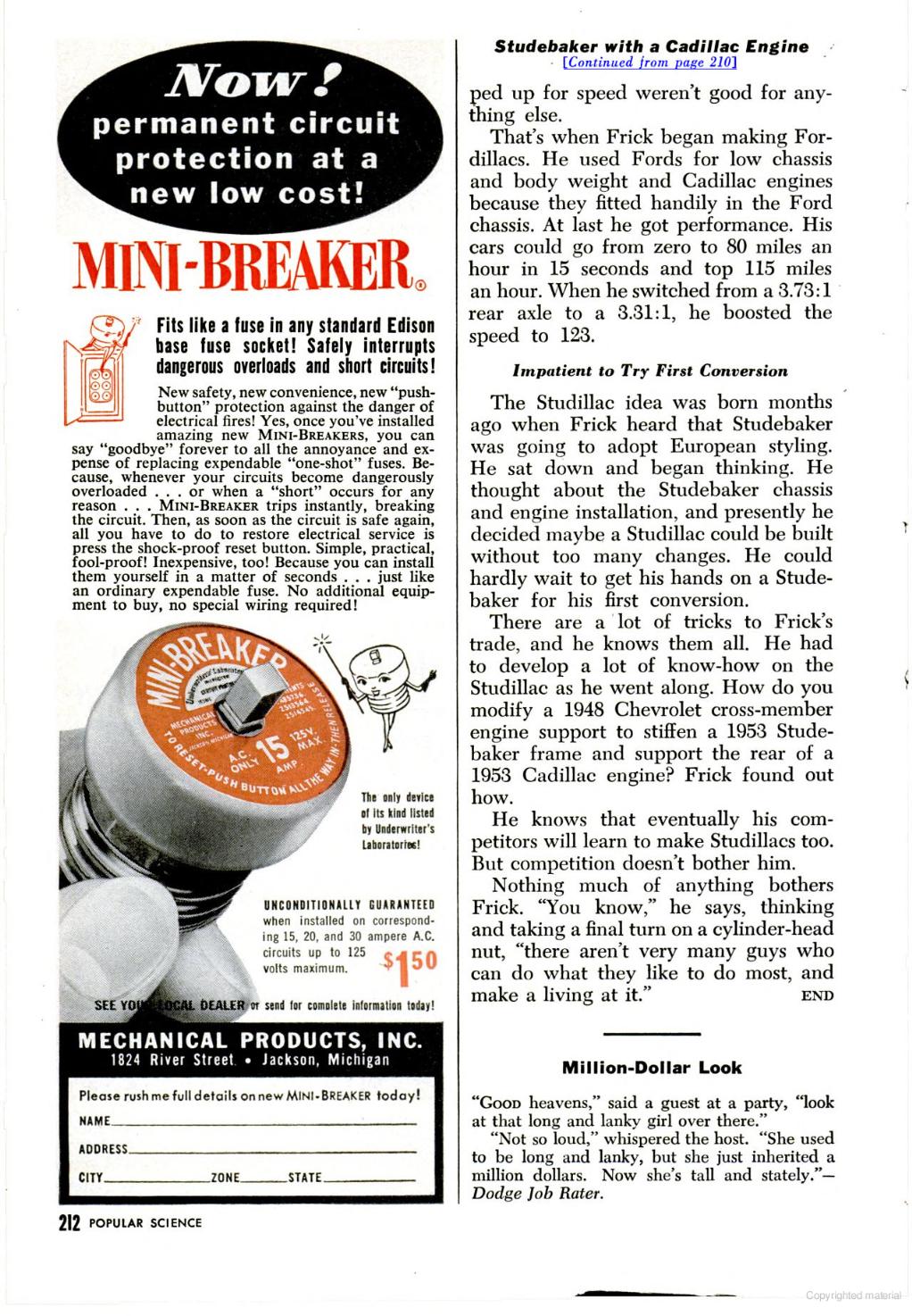