In Diamonds Are Forever, James Bond and Tiffany Case are returning to New York from Los Angeles. They say farewell as Felix Leiter drops them off at the airport.

There was the glint of moonlight on the steel hook as Leiter waved a last goodbye and then there was the dust settling on the road and the iron voice of the loudspeakers saying “Trans-World Airlines, Flight 93, now loading at Gate No5 for Chicago and New York. All aboard, please,” and they pushed their way through the glass doors and took the first steps of their long journey half way across the world to London.

The new Super-G Constellation roared over the darkened continent and Bond lay in his comfortable bunk waiting for sleep to carry away his aching body and thinking of Tiffany, asleep in the bunk below, and of where he stood with his assignment.

Trans World Airlines (TWA) under the direction of Howard Hughes, first coined the phrase Super-G for the Lockheed L-1049G Super Constellation which began flight in 1954.

The Super-G was, like the Stratocruiser, built for comfort and style – a far cry from the airlines of today.

The flight from Los Angeles to New York went through Chicago, and took “just ten hours,” getting into LaGuardia at eight o’clock on a Sunday morning.

The Constellation featured a few sleeping berths, which Bond and Tiffany got. Since they booked their ticket the same day, it’s a wonder they were able to score the berths. 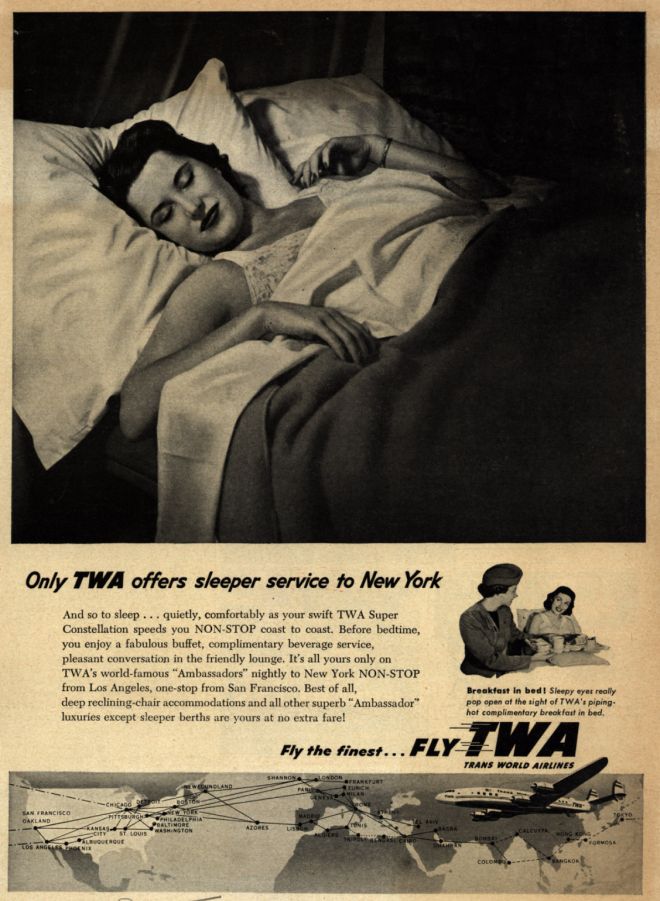 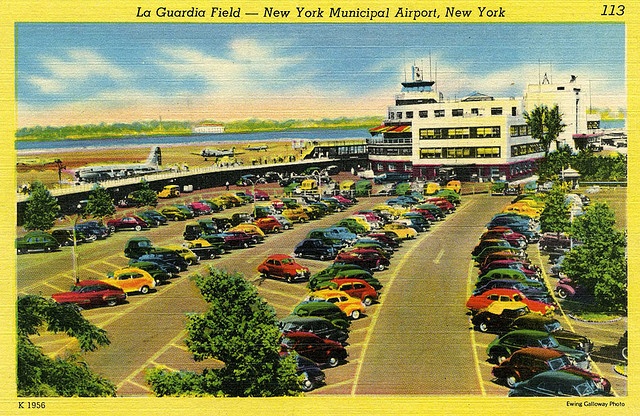 In Dr No Bond travels to Jamaica’s Palisadoes Airport:

The sixty-eight tons deadweight of the Super-Constellation hurtled high above the green and brown chequerboard of Cuba and, with only another hundred miles to go, started its slow declining flight towards Jamaica.