In Chapter eight of From Russia With Love, Tatiana Romanova is in her Moscow apartment, reflecting on her life. Little does she realize that her life as she knows it will never be the same.

The room was a tiny box in the huge modern apartment building on the Sadovaya-Chernogriazskay Ulitza that is the women’s barracks of the State Security Departments. Built by prison labour, and finished in 1939, the fine eight-storey building contains two thousand rooms, some, like hers on the third floor, nothing but square boxes with a telephone, hot and cold water, a single electric light and a share of the central bathrooms and lavatories, others, on the two top floors, consisting of two- and three-room flats with bathrooms. These were for high-ranking women.

The street mentioned by Fleming is one of the major roads encircling the center of Moscow.

Let’s take a few vintage views down this street: 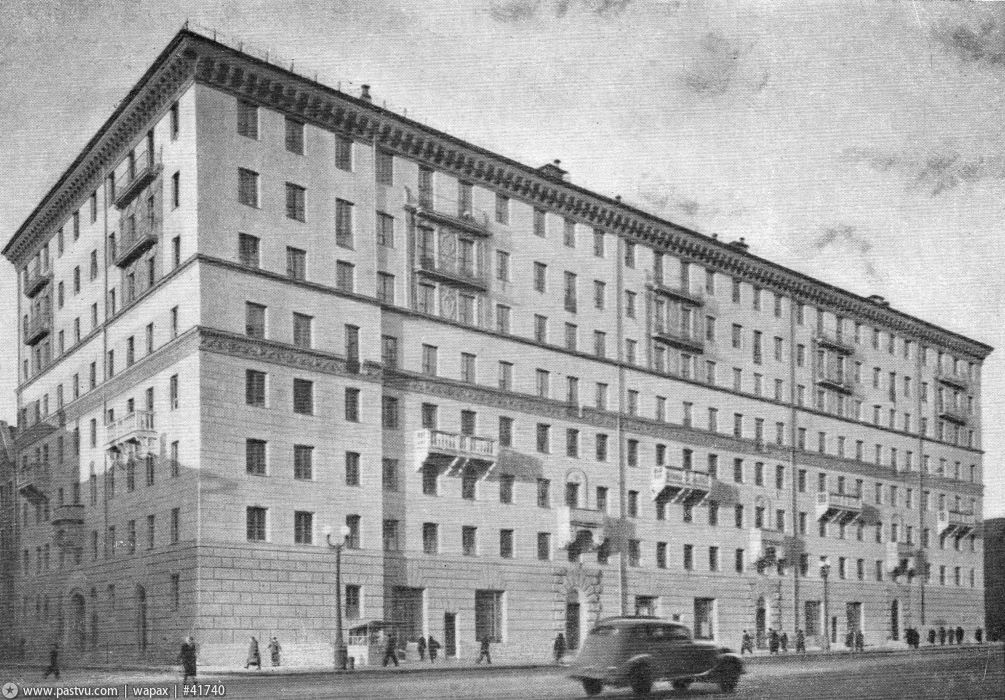 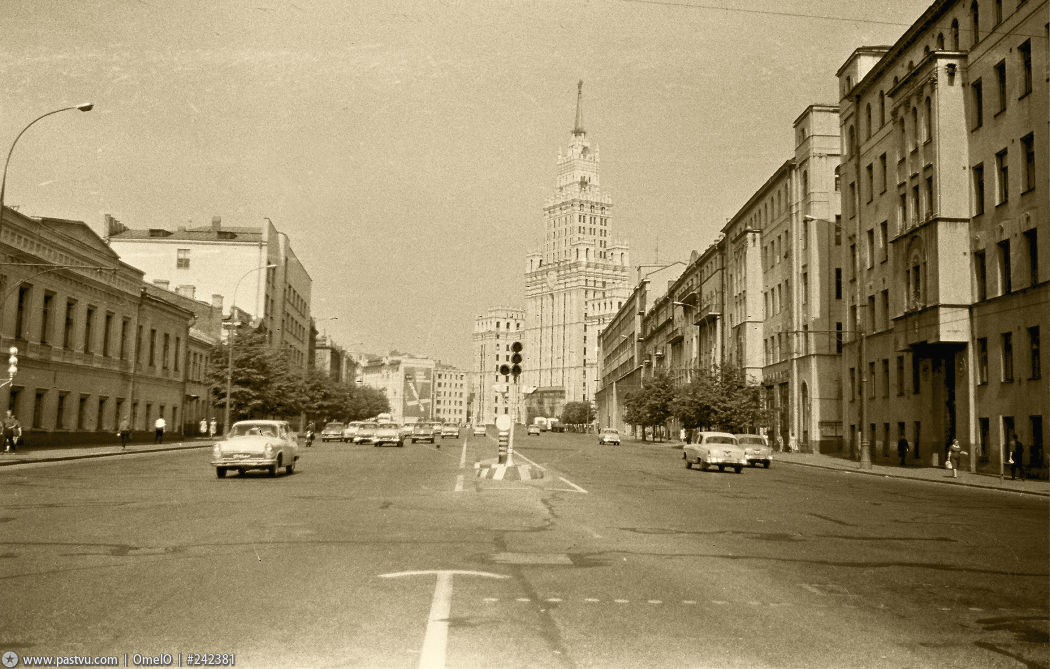 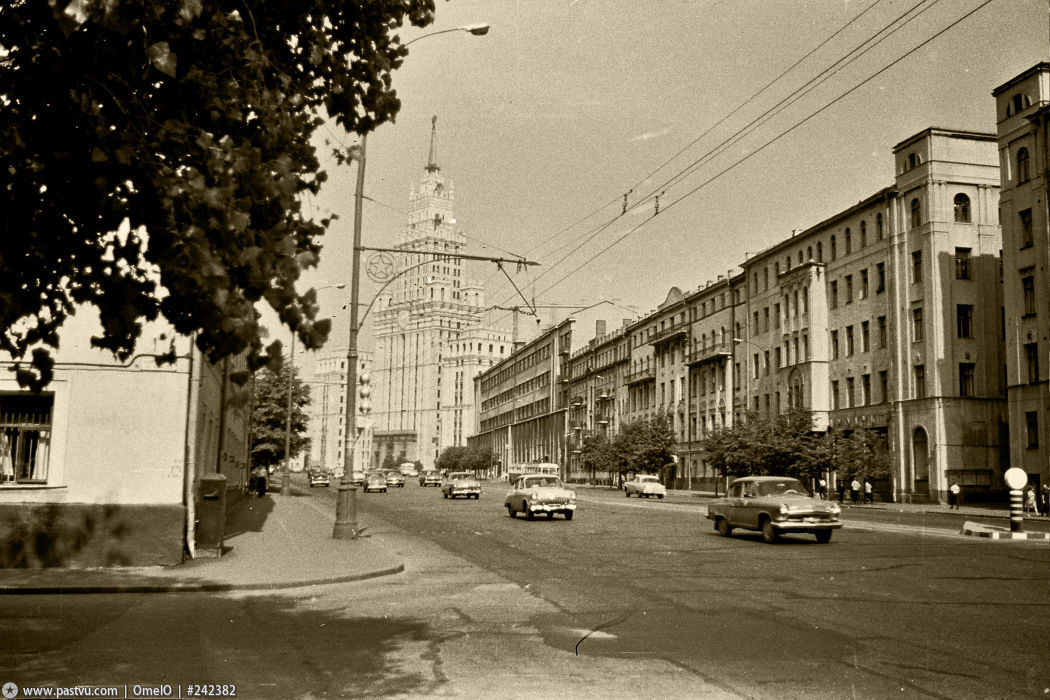 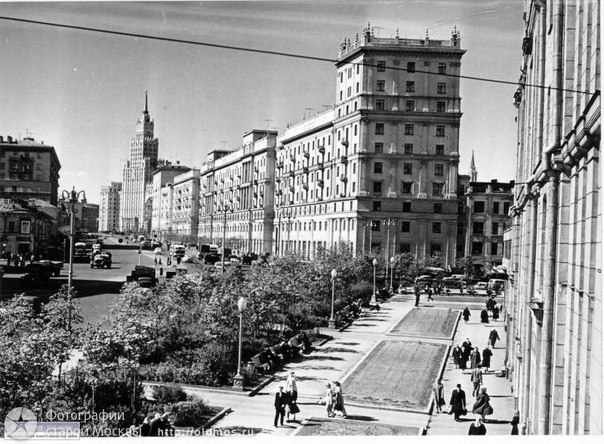 On this last picture the building in the middle with the high tower and extending down the rest of the block is Garden-Chernogryazskaya Street. 13/3. (Here is another view of the building/street from 1954,)

Other than that tower, the building is eight stories high and was finished in 1939. I’m not going to 100% say that this was the building that Fleming was referencing in the description above, but it seems to fit. Even if it isn’t at least we’ve gotten a good look at the street that Tatiana Romanova would’ve been frequenting during her time away from the M.G.B. Central Index.

Here are some other buildings from that street.