In Diamonds Are Forever, after he finishes up his meeting with Seraffimo Spang and company in Spectreville, he and Tiffany Case meet up with Felix Leiter, who drives them to Los Angeles in his Studillac.

Then they were rolling easily along Sunset Boulevard between the palm trees and the emerald lawns, the dust-streaked Studillac looking incongruous among the glistening Corvettes and Jaguars, and finally, towards evening, they were sitting in the dark, cool bar of the Beverley Hills Hotel, and there were new suitcases in the lobby and brand new Hollywood clothes and even Bond’s battle-scarred face didn’t mean they hadn’t all just finished work at the studios.

They don’t actually spend the night at the hotel, it’s just a “rest-stop” in order to clean up, change, have a drink and make arrangements to fly to New York that night.

The Beverly Hills Hotel (and Bungalows) has been a destination for top Hollywood figures and Royalty and celebrities from around the world since before Beverly Hills was even a city. The hotel was built in 1912 and renovated in the early 1990’s. Ian Fleming was a guest here when he came to Hollywood to talk movie deals. 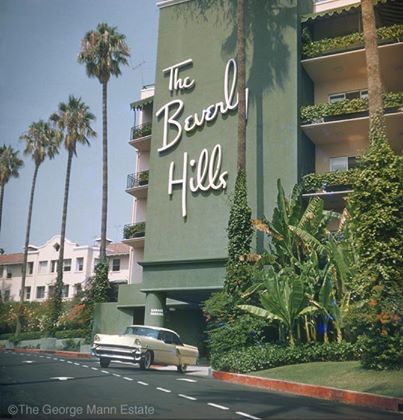 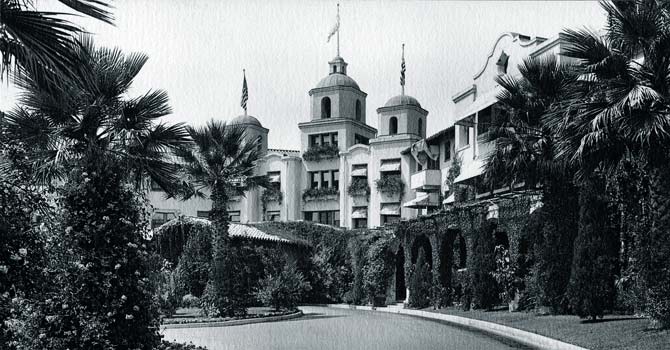 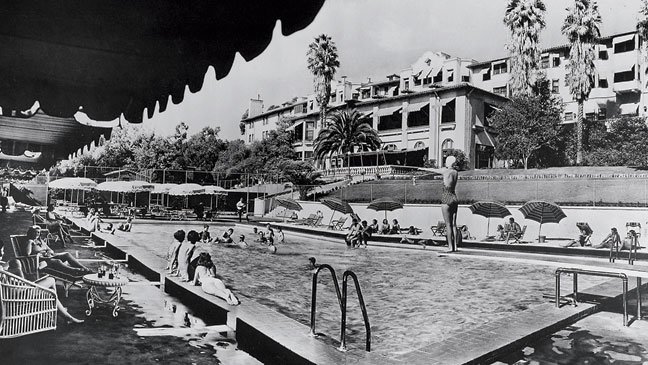 One thought on “The Beverly Hills Hotel”