After James Bond and Gala Brand regain their wits after having a cliff face pushed down on them, they decide on a plan – head to the Granville for further clean up and recovery, before heading back to Drax’s house.

They both felt keyed up and in high spirits. A hot bath and an hour’s rest at the accommodating Granville had been followed by two stiff brandies-and-sodas for Gala and three for Bond followed by delicious fried soles and Welsh rarebits and coffee.

The Granville was the Granville Hotel, a long-time landmark in St Margaret’s which was demolished in 1996.

These images come from the amazing St Margaret’s Village Archive: 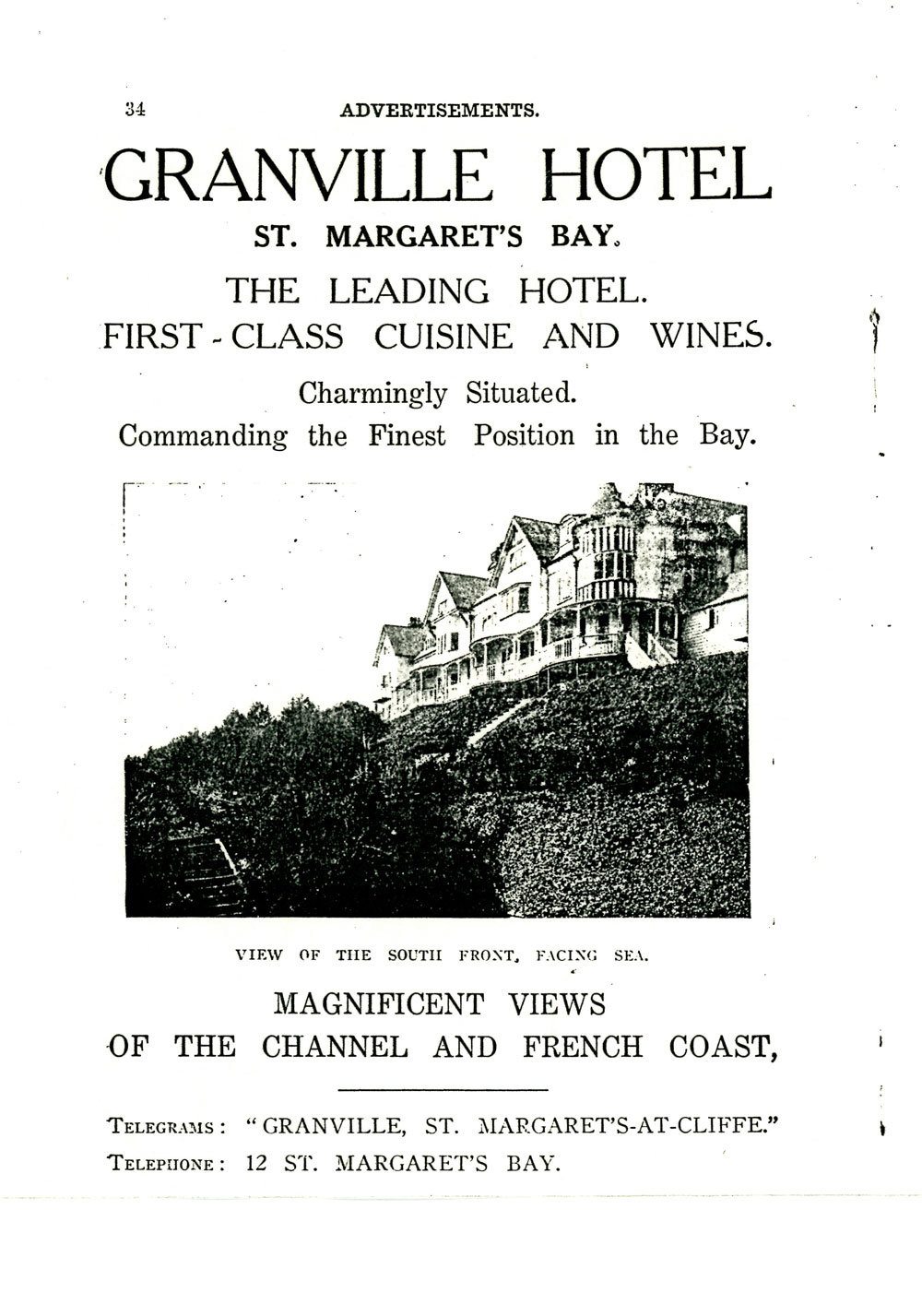 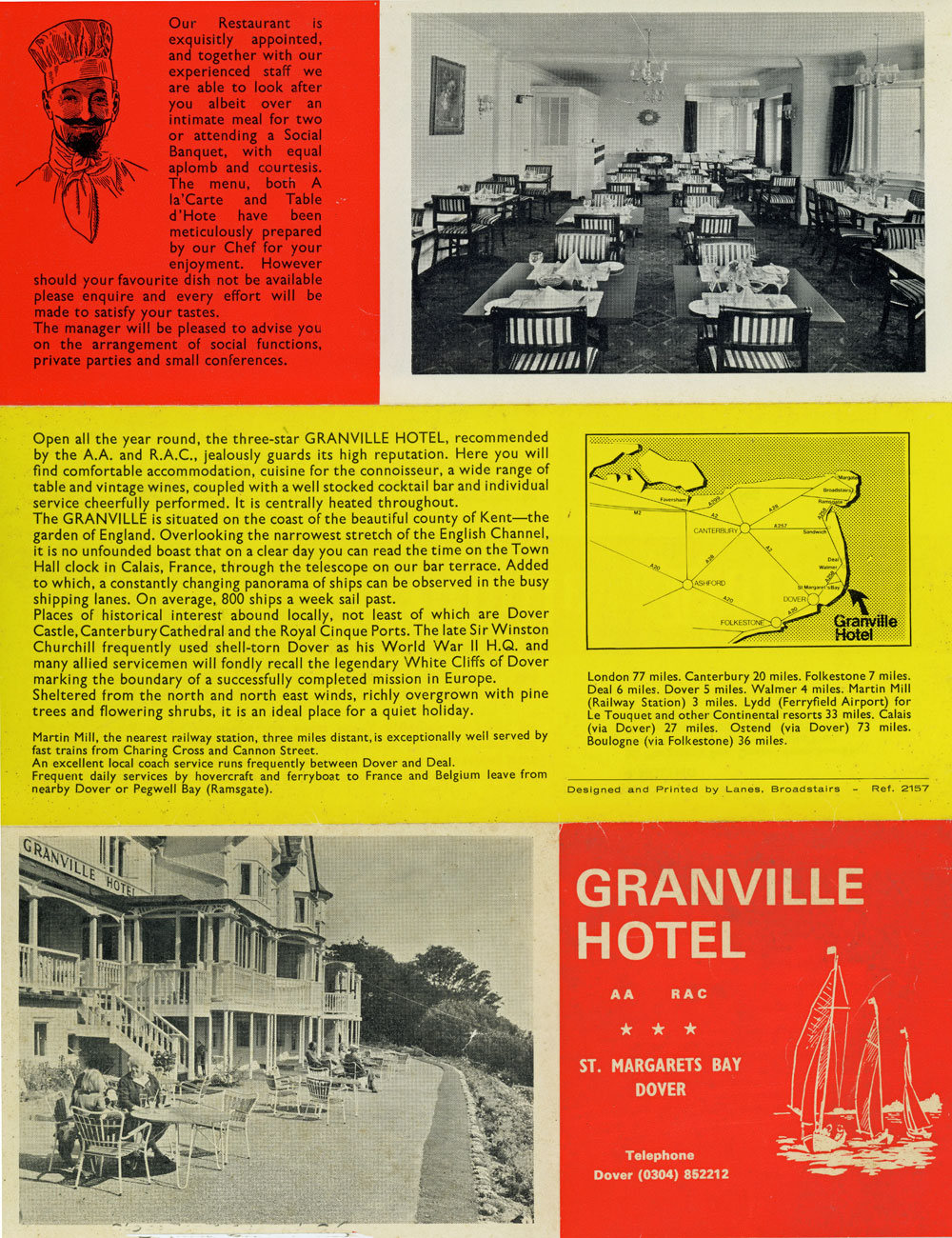 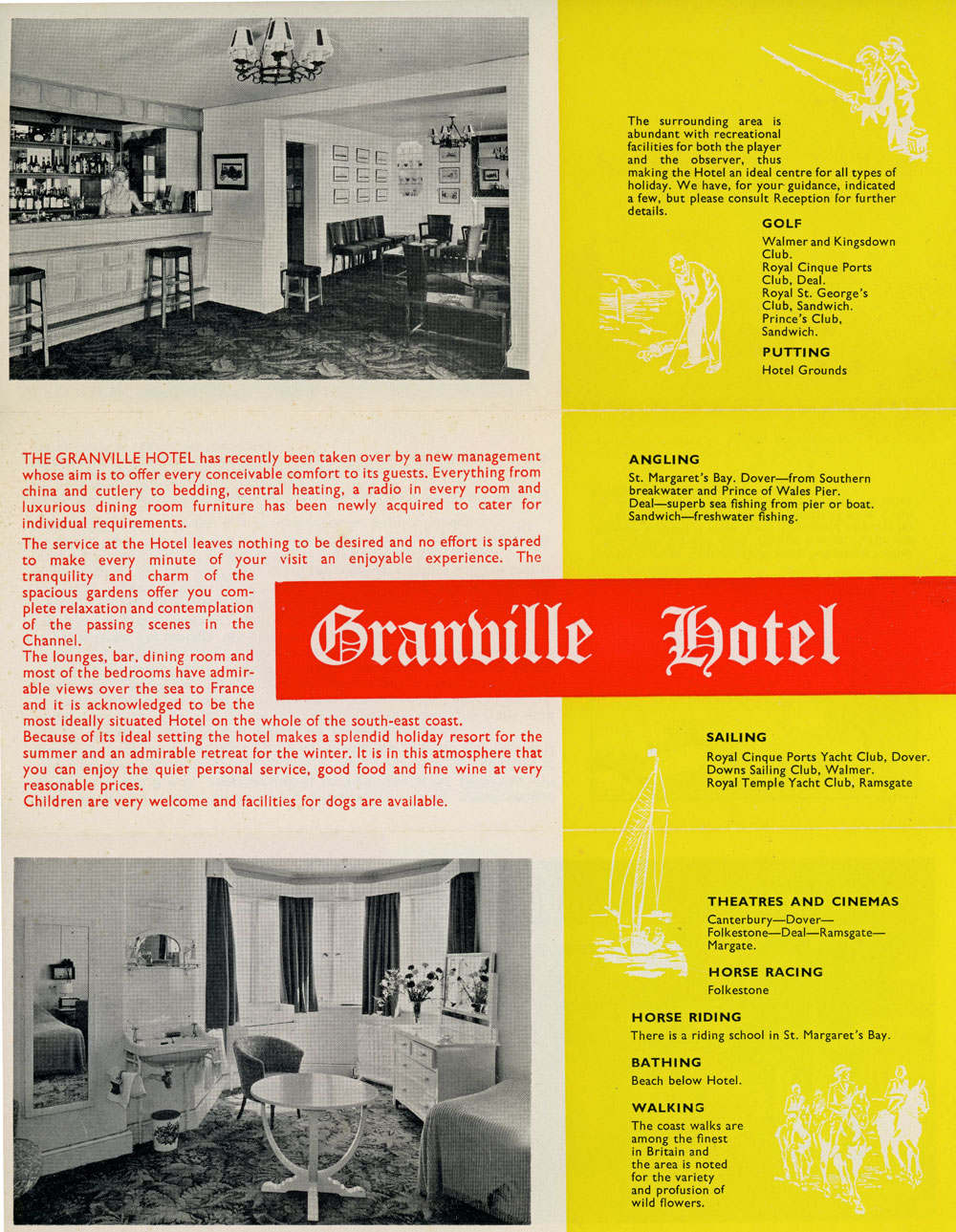 Reference also made to the South Foreland Lighthouse in the distance.

One thought on “The Granville, St Margaret’s Bay”