The Origins Of Donovan Grant

The main villain of From Russia With Love is Donovan “Red” Grant, a fascinating, if repellent, fellow. A native of Northern Ireland, he defected TO the Soviet Union because he was drawn to their brutality and lack of respect for life. He enjoys the act of killing, especially during the period of the full moon. While “cunning as a fox” he is not very intelligent, and has no interest in sex whatsoever. He has risen to the rank of the top killer for SMERSH, a remarkable achievement for a foreigner.

What are we told by Fleming about this man?

We first see Grant through the eyes of the Russian girl brought in to massage him. She is repulsed by him, even as he examines his “splendid body.” She notes his “round, smallish head…covered with tight red-gold curls.” These extend down to almost the fifth cervical vertebra. He has an “embryo tail of golden down above the cleft of the buttocks,” which she considers “reptilian” – even though snakes have no hair. She notes his skin is the color of “roast meat” and the “deep,  widely  spaced  pores” of his skin. His “splendid, insolently bulging muscles.” As she examines his face, she says that “Superficially it was all right–handsome in a butcher’s-boyish way” but upon further examination of the mouth, eyes and nose, it was as if someone had taken “a china doll and painted its face to frighten.”

Product of a German professional weight lifter (The Mighty O’Donovan) and a Southern Irish waitress, behind a circus tent outside Belfast.

Between the end of the Second World War and the renewed outbreak of civil disorder in 1969 only a very few ‘Irish’ thrillers were published. James Bond passed the island by, although in Ian Fleming’s From Russia With Love (1957) the chief executioner of SMERSH is a man called Donovan Grant, the illegitimate son of a German professional weight-lifter and a Southern Irish waitress, who had briefly met in Belfast. Grant, a psychopath, is brought up in ‘Aughmacloy’ on the Irish border, and becomes a strongarm man for both republican subversives and local smugglers. He later joins the British Army, but defects to the Russians after being posted to Berlin. Here, perhaps, Fleming was inspired by information which he could have acquired while personal assistant to the Director of Naval Intelligence, Admiral J.H. Godfrey, in 1939-1942. Bearing in mind the Admiralty’s special worries about German activity in Ireland, Fleming must have known that in April 1940 a German agent, Ernest Weber-Drohl appeared in the Dublin District Court charged with entering Ireland illegally. Weber-Drohl was actually a former professional wrestler and weight-lifter who had worked in Ireland before the First World War as ‘Atlas the Strong’. He succeeded in persuading the court that he had merely returned to Ireland in search of two illegitimate sons fathered during his earlier visit, and escaped with a fine of £3.

That last bit about the weight-lifter, while certainly very interesting on its own, gains even more interest when we learn of Weber-Drohl’s previous entrance to Ireland, in February of 1940. He was apparently successful in that mission, and was able to deliver a “Ufa” transmitter as well as a large amount of cash to his IRA contact. It was part of  plan to have German agents secretly enter the neutral Irish Free State in order to link up with the IRA. That contact’s name? Seamus O’Donovan. Coincidence? I don’t think so.

Another local, Red Grant, gave his name and huge physique to the assassin from SMERSH in From Russia With Love (book 1957, film 1963). His true nature was happily less sanguine – he was the owner/pilot of a white-water raft on the Rio Grande, whose Strong Bak Soup Fleming shared every winter in an into a feeding frenzy annual trip down the river. It was a voyage which Fleming insisted even his most nautically-challenged guests make if they were to enjoy his Jamaica. Today, three rivers offer a choice of rafting, an essential fixture on the tourist circuit, though the “cheerful, voluble giant” Grant has long gone.

As with many Fleming creations, there appears to be a number of inspirations.

Raised by Aunt (as James Bond was) in the small village of Aughmacloy, which straddles the border.  In teens, associated with Sinn Féin as strong-arm man. 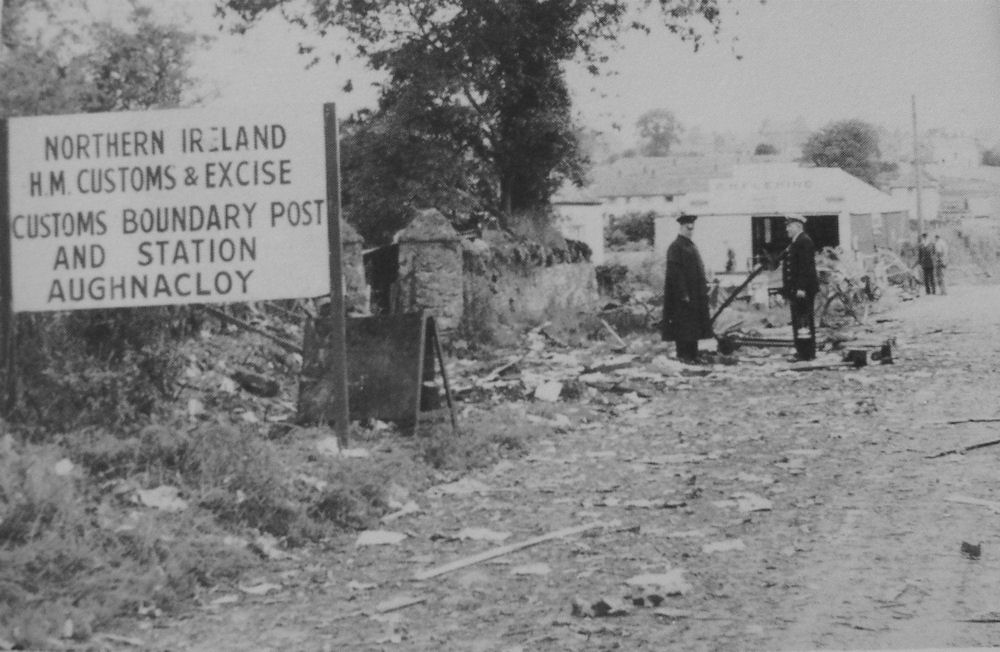 Cycled through Fermanagh, Tyrone and Armagh on full-moon nights for killing sprees. (See points on map above)

Left Aughmacloy and went to Belfast for boxing.

Transport sent to Berlin at the time of the corridor trouble with the Russians.

Disqualified in Championships of B.A.O.R. (British Army of the Rhine) and sent to Coventry by fellow officers, resulting in transfer to motor cycle dispatch service.

Collected mail at Military Intelligence Headquarters on the Reichskanzlerplatz. Then he went straight to Russian sector.

As a measure of his intentions and skills, he was assigned to kill Dr Baumgarten at 22 Kurfürstendamm, Flat 5.

He was then taken to Moscow, assigned to SMERSH and schooled, rises to top executioner in the department.

All of his background and training has led him to this mission and showdown with James Bond. I see this ending poorly for Mr Grant.