The Silver Phantom (or Silver Meteor)

This was the train taken by James Bond and Solitaire on their trip from New York City to Florida in Live and Let Die.

Seaboard Air Line Railroad introduced the train and route in 1939, and now under Amtrak, continues to run to this very day.

The train leaves from Pennsylvania Station, where Bond and Solitaire arrive separately.

It lay, a quarter of a mile of silver carriages, quietly in the dusk of the underground station. Up front, the auxiliary generators of the 4000 horsepower twin Diesel electric units ticked busily. Under the bare electric bulbs the horizontal purple and gold bands, the colours of the Seaboard Railroad, glowed regally on the streamlined locomotives. The engineman and fireman who would take the great train on the first two hundred mile lap into the south lolled in the spotless aluminium cabin, twelve feet above the track, watching the ammeter and the air-pressure dial, ready to go.

Bond heads into the train,

Bond stepped on to the train and turned down the drab olive green corridor. The carpet was thick. There was the usual American train-smell of old cigar-smoke. A notice said ‘Need a second pillow? For any extra comfort ring for your Pullman Attendant. His name is,’ then a printed card, slipped in : ‘Samuel D. Baldwin.’

Their sleeping room is compartment H in car 245, toward the rear of the train. They meet and their Pullman Attendant Baldwin takes care of them, even giving Bond a warning that they have an enemy on the train. Bond and Solitaire have chicken sandwiches for lunch, (with Old Fashioneds) and scrambled eggs (with “bottled” martinis) for dinner. After a note is slipped under their door, Bond decides to leave the train early, with the assistance of Baldwin, he and Solitaire exit the train in Jacksonville.

In Goldfinger, Bond again rides this train, but in the opposite direction. He orders Goldfinger:

“Right. Now jot this down on the back of your cheque book and see you get it right. Book me a compartment on the Silver Meteor to New York tonight. Have a bottle of vintage champagne on ice and plenty of caviar sandwiches. The best caviar.

He also specifies to “make that compartment a drawing-room” as he’ll be taking Jill Masterton with him as a “hostage.”

It’s a luxurious trip from another era, similar to the experience of the Stratocruiser, where there is fine dining, service, and other comforts that you just don’t find in today’s travel experience. 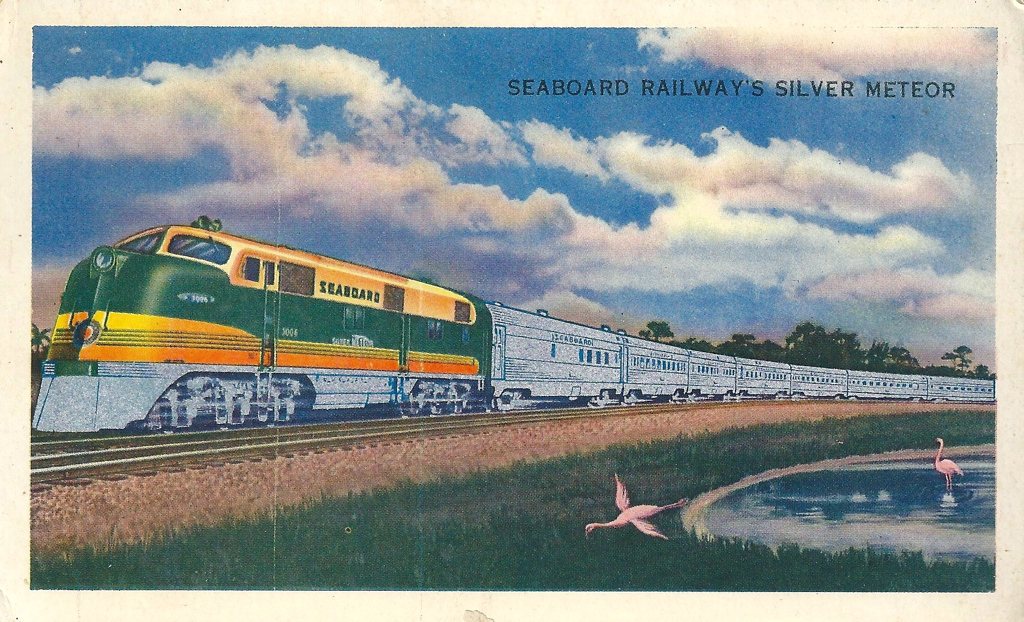 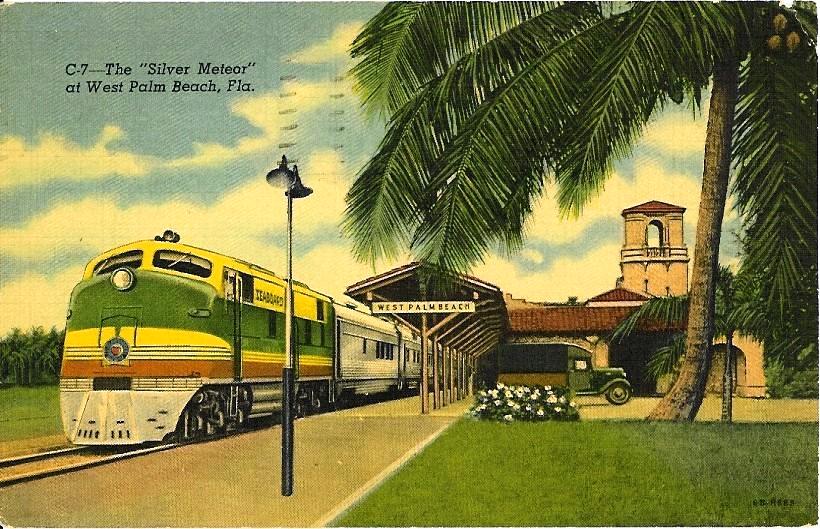 One thought on “The Silver Phantom (or Silver Meteor)”