When James Bond is preparing to take on the case of Mr Big in Live and Let Die, he refers to this book by Patrick Leigh Fermor for some background on voodoo and Baron Samedi. 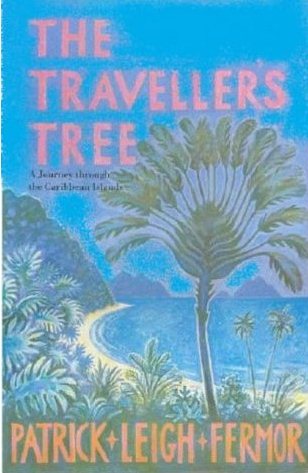 The Traveller’s Tree: A Journey Through the Caribbean Islands

The book is recommended to Bond by M, who says:

‘It’s by a chap who knows what he’s talking about,’ he said, ‘and don’t forget that he was writing about what was happening in Haiti in 1950. This isn’t medieval black-magic stuff. It’s being practised every day.’

Fleming then quotes several pages of the book, which detail various rituals.

A recent biography of Fermor – Patrick Leigh Fermor: An Adventure

– notes that Fermor, who live until the age of 96 and died in 2011, was at least an acquaintance of Ian Fleming having visited Goldeneye with Fleming and wife Ann on a couple of occasions.

While in Jamaica Paddy, Joan and Costa spent a day at Goldeneye, as guests of Commander Ian Fleming and his not-yet wife, Ann Rothermore, whom Paddy had met through Emerald Cunard. Although Ann and Fleming had been lovers for years and she was about to leave her husband Esmond Rothermore for him, the proprieties had to be observed. Ann was making her first visit to Goldeneye chaperoned by Loelia, Duchess of Westminster.

The house was modest, Spartan, surrounded by trees on all sides except where two great glassless windows looked out over the sea. Loelia was swimming languidly when they arrived, while according to Ann, Ian had not yet emerged from the study where he spent his mornings on the typewriter ‘bashing away at a thriller.’ This was his very first Bond book, Casino Royale. When he emerged from his study Paddy described Fleming as having ‘a strong sneering face, but not a sneering character.’ Much later Ian Fleming was to borrow heavily from Paddy’s description of Voodoo in The Traveller’s Tree for another Bond novel, Live and Let Die.

One thought on “The Traveller’s Tree”