The day before the Moonraker launch, Sir Hugo Drax takes Gala Brand and Krebs into London for some last-minute preparations. On the way, Miss Brand is determined to get a look at Sir Hugo’s notebook which he keeps in his pocket to check for herself the figures that he enters into it each day.

She manages to pick the notebook from Drax’s hip pocket, and get it into her coat. Now she needs him to stop the car so she can get out and take a look at it.

A garage would be dangerous. He might decide to fill up with petrol. And perhaps he also carried his money in his hip-pocket. But was there an hotel? Yes, she remembered, the Thomas Wyatt just outside Maidstone. And it had no petrol pumps. She started to fidget slightly. She pulled the coat back on to her lap. She cleared her throat.

The Thomas Wyatt hotel is still there, though now the part which was the inn back then is now a pub, with a Premier Inn attached to it. 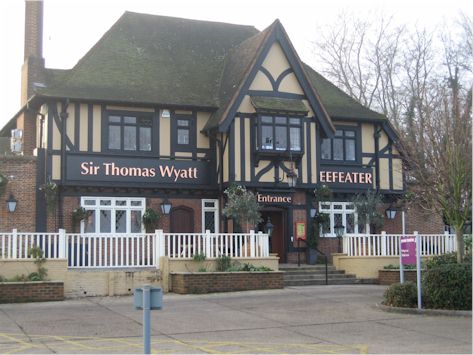 The car swerved up to the front of the inn and stopped with a jerk. “Hurry up. Hurry up,” said Drax as Gala, leaving the door of the car open, sped obediently across the gravel, her coat with its precious secret held tightly in front of her body. 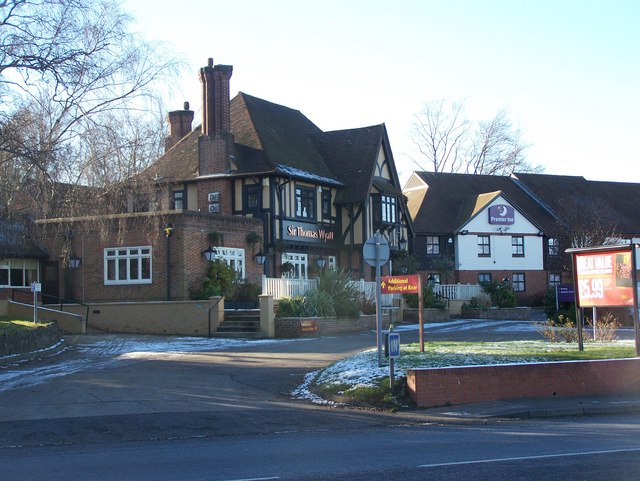 Sir Thomas Wyatt was a fairly prominent poet and rebel of the middle ages.