In The Spy Who Love Me, when Vivienne Michel is settling in for her intended evening of memories of her life, she prepares by pouring a drink.

There was just one good drink left in the quart of Virginia Gentleman bourbon that had already lasted me two weeks, and I filled one of the best cut-glass tumblers with ice cubes and poured the bourbon over them, shaking the bottle to get out the last drop.

Virginia Gentleman is a brand produced by the A. Smith Bowman Distillery. This article will tell you just about everything you need to know about Virginia Gentleman bourbon, including why it is true bourbon despite being distilled in Virginia, and not Kentucky.

The page notes that since it is from Virginia, and popular around Washington D.C., that:

For foreign ambassadors and distinguished guests of our country who may have tasted only one bourbon in their lives, Virginia Gentleman could well have been that bourbon.

We know Ian Fleming tasted plenty of bourbon in his life, but given his wartime visits, it’s proximity to Washington D.C. might’ve made it one of his earlier brands. 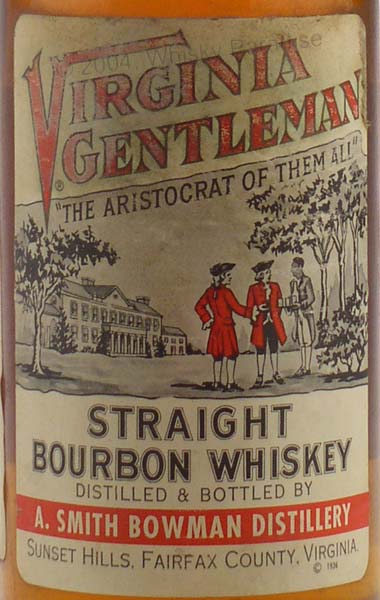 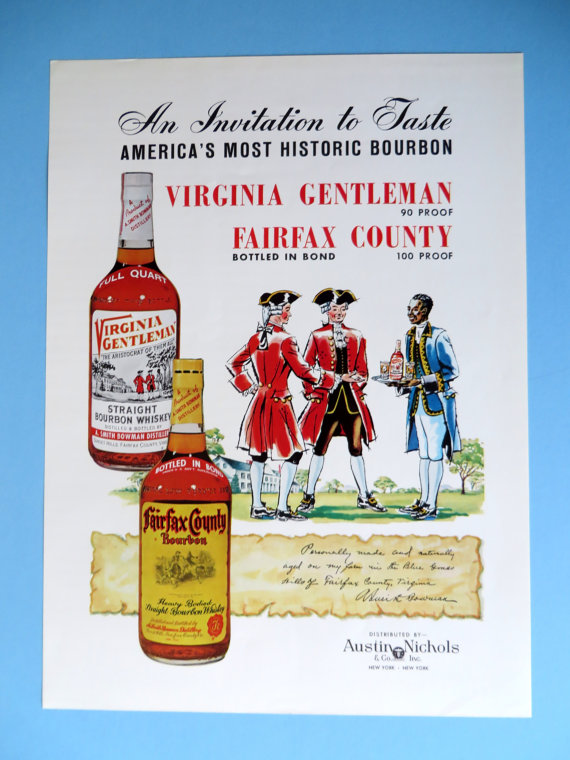 The above images which date from the 1950’s, show two gentlemen being served by an African-American slave. The label was updated in later years to a more acceptable image.