In Thunderball, when Bond meets Domino for the first time, he talks her into going for drinks, and orders a Vodka and Tonic with a dash of bitters. (She has a double Bloody Mary with plenty of worcester sauce.)

In On Her Majesty’s Secret Service, on the night prior to heading out to Blofeld’s Piz Gloria lair as Sir Hilary Bray, Bond prepares for the trip:

As the taxi got under way, Bond made his plan for the evening. He would first do an extremely careful packing job of his single suitcase, the one that had no tricks to it, have two double vodkas and tonics with a dash of Angostura, eat a large dish of May’s specialty – scrambled eggs fines herbes – have two more vodkas and tonics, and then, slightly drunk, go to bed with half a grain of Seconal.

A slight variation on the Vodka and Tonic, the addition of the bitters adds a little depth to the drink. 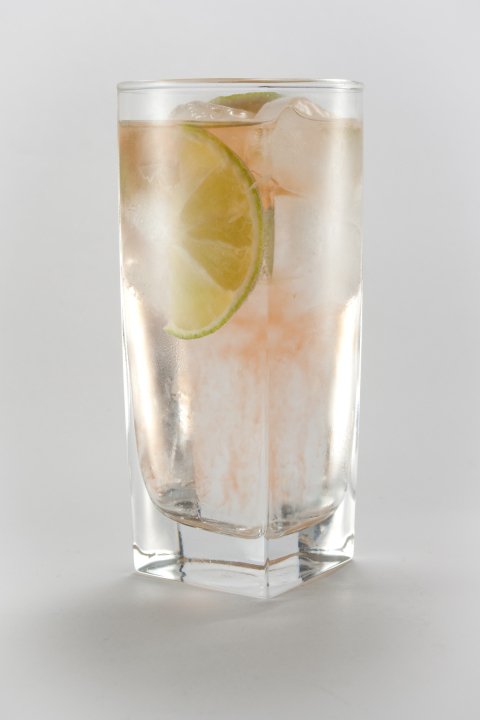