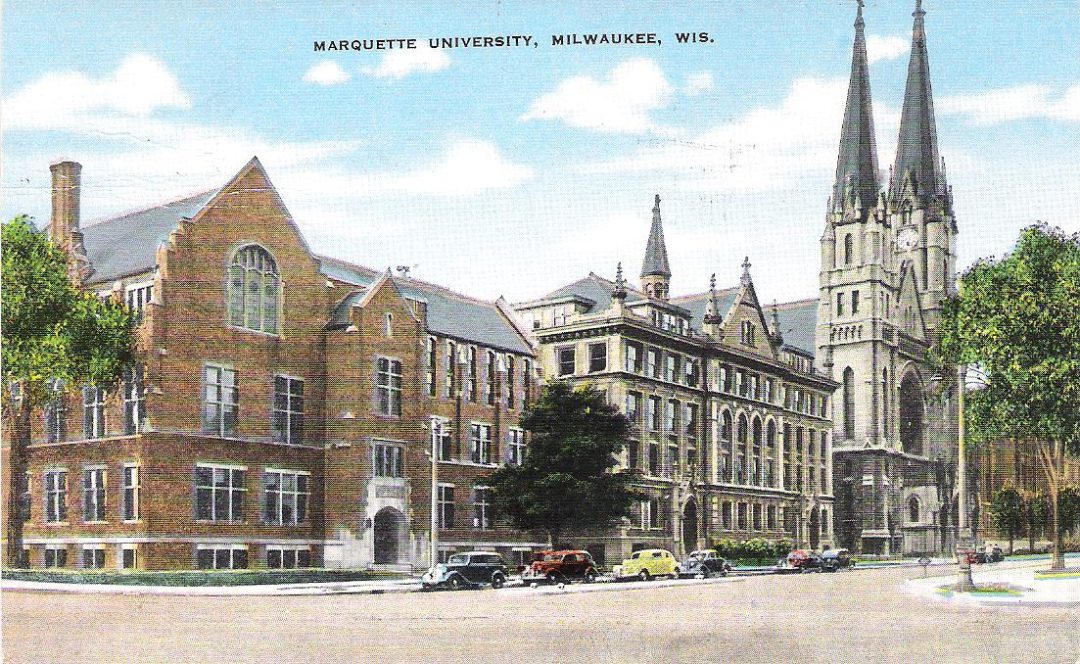 Why Did Dr No Go To Milwaukee?

Then I went to Milwaukee, where there are no Chinamen, and enrolled myself in the faculty of medicine. I hid myself in the academic world, the world of libraries and laboratories and classrooms and campuses. And there, Mister Bond, I lost myself in the study of the human body and the human mind.

Doctor No is continuing to tell his life story to his captive audience of James Bond and Honeychile Rider. He has just finished the talking about his escape with the funds of the Hip Sings (his New York Tong gang) and for his next move he heads to Milwaukee.

Well, he did say he wanted to lose himself. At the time that Doctor No would’ve been enrolled he likely went to the Marquette University School of Medicine, which is now Medical College of Wisconsin (MCW)

It was one of the top medical schools in the country at the time, while remaining out of the spotlight that Ivy League schools would’ve garnered. It was really the perfect spot for the young fugitive to hide himself for a few years.

The medical school gave Doctor No a few years to disappear from anyone who may have been hunting for him, before he was ready to begin the next phase of his life.

So, if you recall, there I was, in Milwaukee. In due course, I completed my studies and I left America and went by easy stages round the world. I called myself ‘doctor’ because doctors receive confidences and they can ask questions without arousing suspicion. I was looking for my headquarters.