During James Bond’s night at Blades with M, they start their meal with some vodka.

“Ah, Grimley, some vodka, please.” He turned to Bond. “Not the stuff you had in your cocktail. This is real pre-war Wolfschmidt from Riga. Like some with your smoked salmon?”

Bond has a rather unusual method to drinking his vodka:

When M. poured him three fingers from the frosted carafe Bond took a pinch of black pepper and dropped it on the surface of the vodka. The pepper slowly settled to the bottom of the glass leaving a few grains on the surface which Bond dabbed up with the tip of a finger. Then he tossed the cold liquor well to the back of his throat and put his glass, with the dregs of the pepper at the bottom, back on the table.

M. gave him a glance of rather ironical inquiry.

“It’s a trick the Russians taught me that time you attached me to the Embassy in Moscow,” apologized Bond. “There’s often quite a lot of fusel oil on the surface of this stuff-at least there used to be when it was badly distilled. Poisonous. In Russia, where you get a lot of bath-tub liquor, it’s an understood thing to sprinkle a little pepper in your glass. It takes the fusel oil to the bottom. I got to like the taste and now it’s a habit. But I shouldn’t have insulted the club Wolf-schmidt,” he added with a grin.

Here are a couple of ads from that era. Keep in mind though, that M and Bond were drinking “prewar” Wolfschmidt, which was likely much different from what was being marketed later. 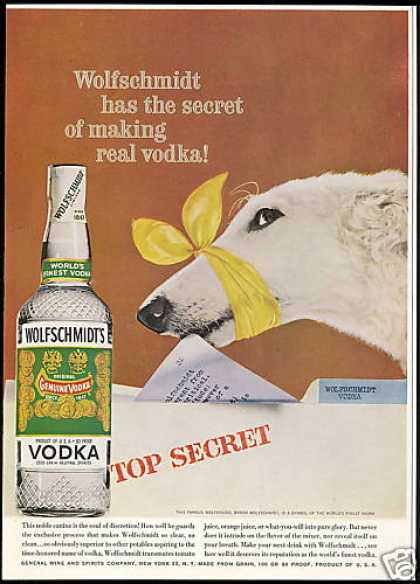 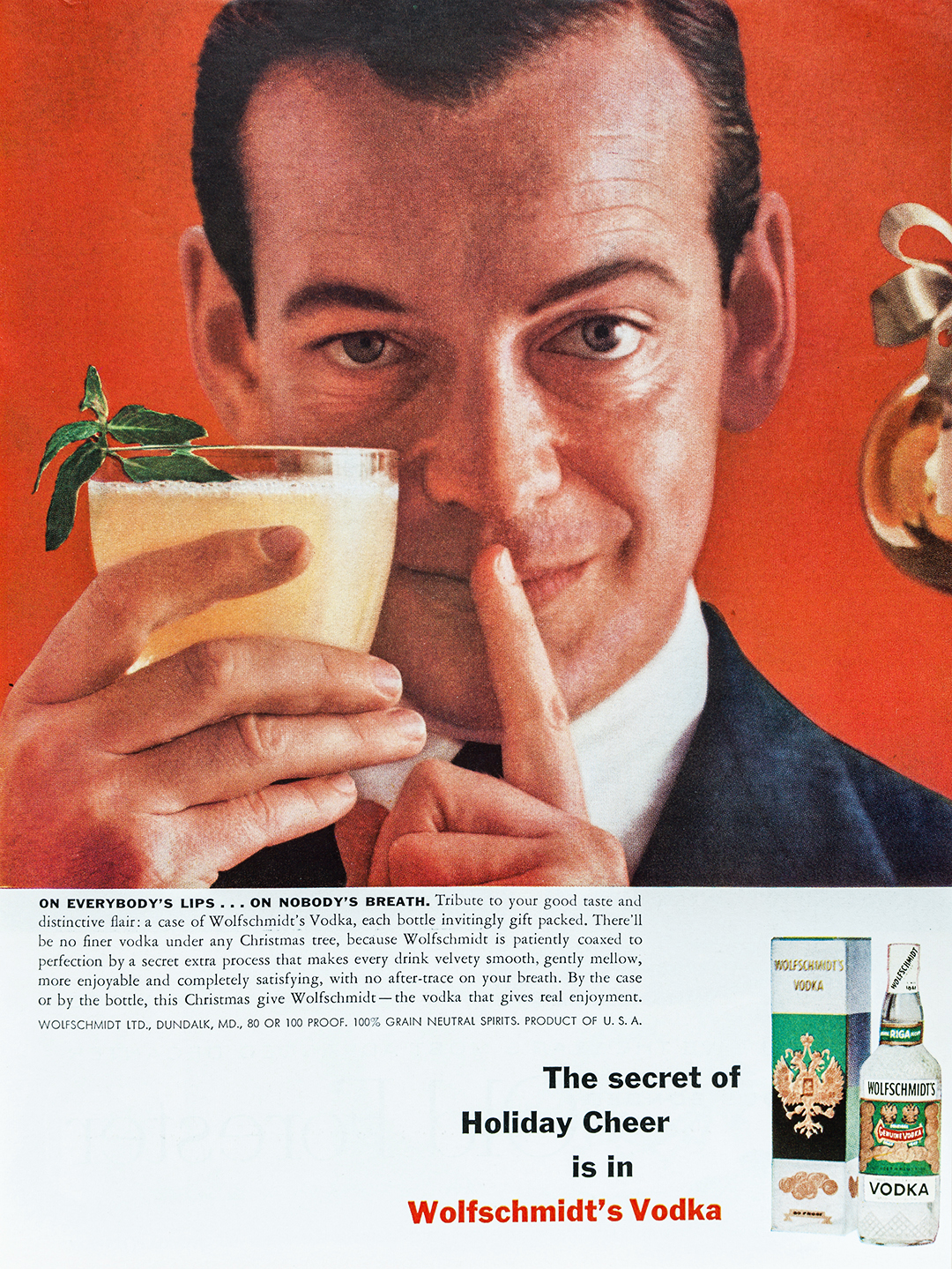