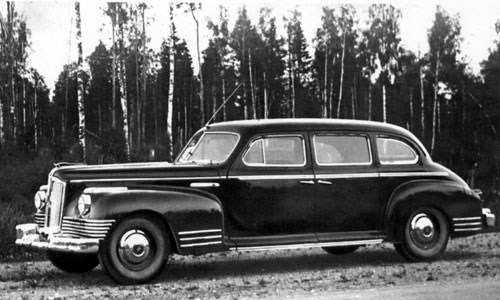 In From Russia With Love, Donovan Grant makes the 40-mile trip to the Simferopol airport in a “battered ZIS Saloon”, driven by one of his guards/handlers.

ZIS (or ZIL) is Zavod Imeni Stalina (Factory/Plant named for Stalin) or Zavod imeni Likhachova – a Russian truck and heavy equipment manufacturer founded in 1916 and based in Moscow. They also built luxury automobiles for Soviet officials. These cars were built during the time period of about 1945 to 1959.

Here is an image from a ZIS brochure of the time period: 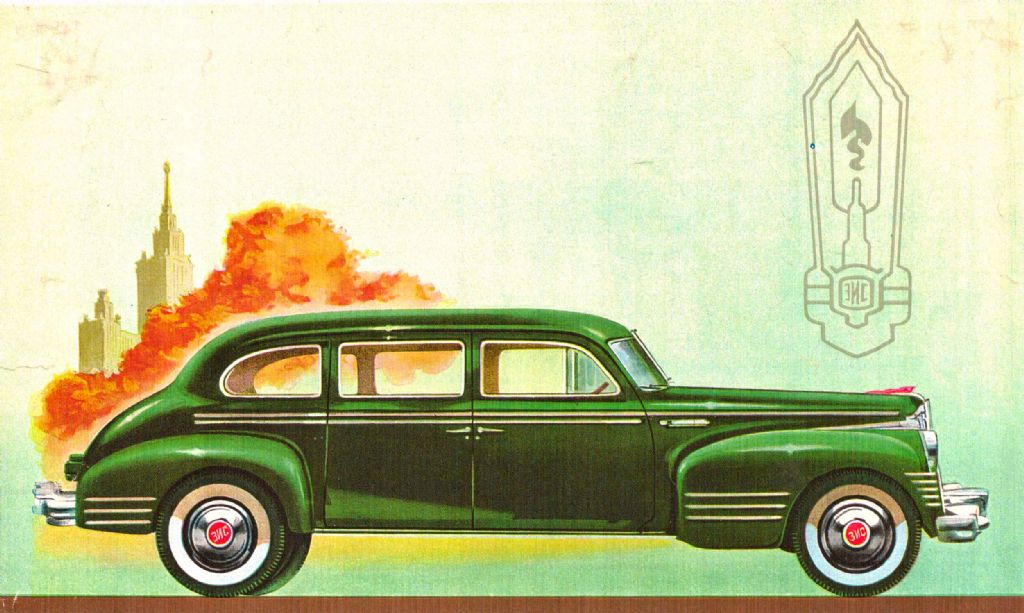 Here is an interesting story about a 1950 ZIS 110 Saloon found in storage in China.

One thought on “ZIS Saloon”