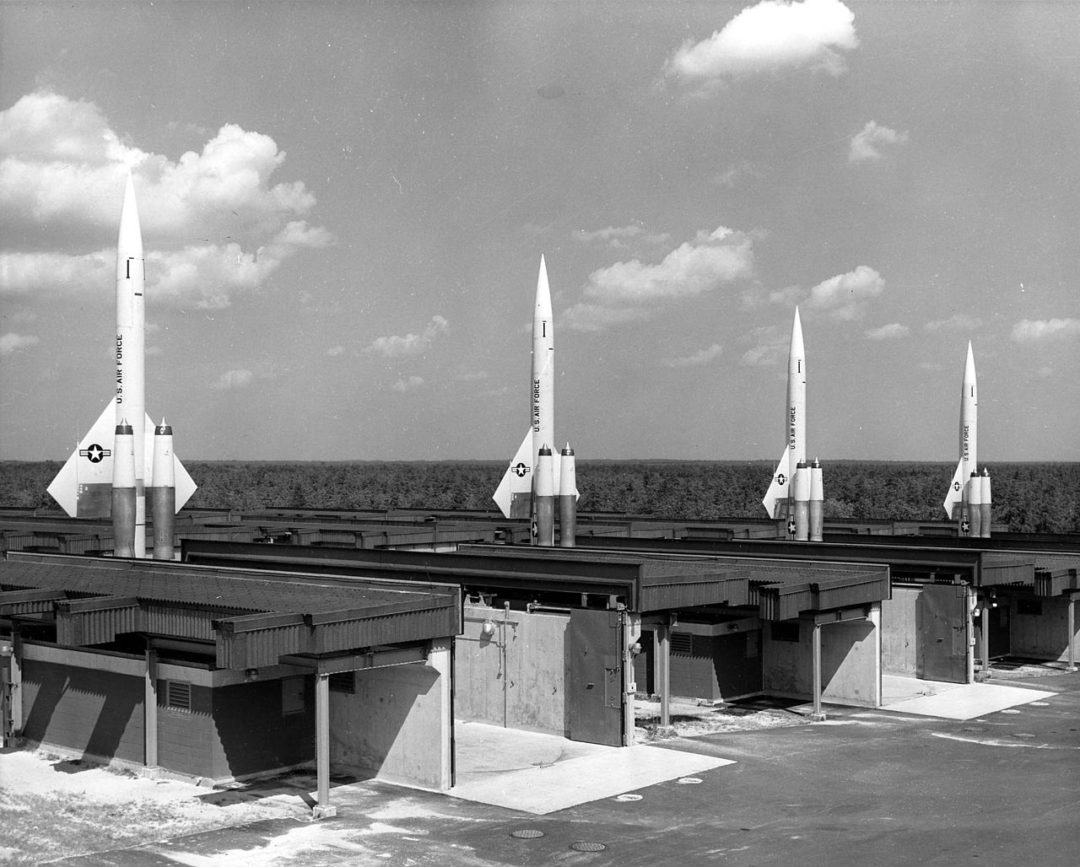 “Perhaps you have read of the rockets that have been going astray recently? The multi-stage SNARK, for instance, that ended its flight in the forests of Brazil instead of the depths of the South Atlantic?”

“There have been other failures, decisive failures, from the long list of prototypes–the ZUNI, MATADOR, PETREL, REGULUS, BOMARC–so many names, so many changes, I can’t even remember them all. Well, Mister Bond,”

“You do not believe me? No matter. Others do. Others who have seen the complete abandonment of one series, the MASTODON, because of its recurring navigational errors, its failure to obey the radio directions from Turks Island.

Doctor No is feeling pretty good about things and is showing off a little to his guests James Bond and Honeychile Rider. He reveals that all these recent failed missile tests are a result of a million dollars worth of equipment on his installation there on Crab Key.

As usual, Ian Fleming is mixing in real events with the story, giving it a stronger feel of plausibility. All but one of the named missiles were real.

SNARK: (Northrop SM-62 Snark) An intercontinental cruise missile used by the USAF from 1958 through 1961. It was meant to be able to carry a nuclear warhead as a deterrent to the U.S.S.R. It had landing skids, making it able to be re-used. In a 1956 test, a Snark flew too far and refused its destruct command, and disappeared over Brazil, just as Doctor No said. (“You recall that it refused to obey the telemetred instructions to change its course, even to destroy itself. It developed a will of its own?“)

ZUNI: A 5 inch air-to-air and air-to-ground missile developed in the early 1950’s by the U.S. Navy and approved for production in 1957. Designed to carry a variety of warheads, this missile was used extensively in the Vietnam war and continues in use to this day.

MATADOR: (Martin MGM-1 Matador) The first operational surface-to-surface cruise missile developed by the U.S. Deployed in 1953, these were made to carry a nuclear payload. A total of about 1200 were produced before being taken out of service in 1962. The missile was guided via radio link which made it vulnerable to radio jamming by Doctor No’s team.

PETREL: (AUM-N-2 Petrel, or Kingfisher C) An air-to-surface missile intended for use against ships or surfaced submarines. It carried a torpedo as its payload. It came into operation in 1956, but was cancelled in 1959.

REGULUS: (SSM-N-8 Regulus) Developed by the U.S. Navy this was a turbojet cruise missile launched from ships and surfaced submarines, carrying a nuclear warhead. It was in service between 1955 and 1964.

BOMARC: (Boeing CIM-10 Bomarc IM-99 Weapon System) The world’s first long-range anti-aircraft missile. It was in service from 1959 to 1972. Produced by Boeing in collaboration with the Michigan Aeronautical Research Center (MARC) gave the missile its name.

MASTODON: Unless Fleming knew about a secret program by this name which was abandoned, it seems like this is the only fictional missile named in this group.